Live band karaoke isn't a new idea in Toronto (a city that most definitely loves its karaoke), but if you have rock star dreams or ever wanted to front a band, chances are you're already pretty excited about the newest band on the scene. For uninitiated aspiring frontmen and frontwomen, meet your back up: Good Enough. 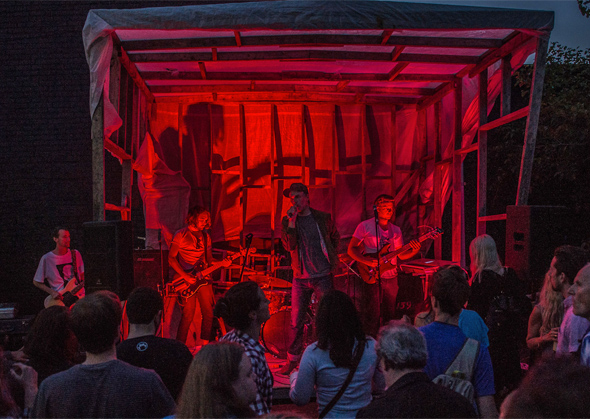 "We had two weeks to get it together," McCready recalls. "I got a call from the sound guy at the Hoxton. He had a corporate thing where he was like, 'They only have $400, but they need a karaoke band. Can you put a band together? It doesn't have to be very good.'"

McCready made some calls and from there they made a list of 50 songs, which was then whittled down to about 20 - mostly Christmas songs. And that's where the name came from. "Because we had two weeks to pull it together... we'd be rehearsing and going through the songs. It'd be like, 'Okay. That one's good enough. Next! Okay, good enough. Next..." 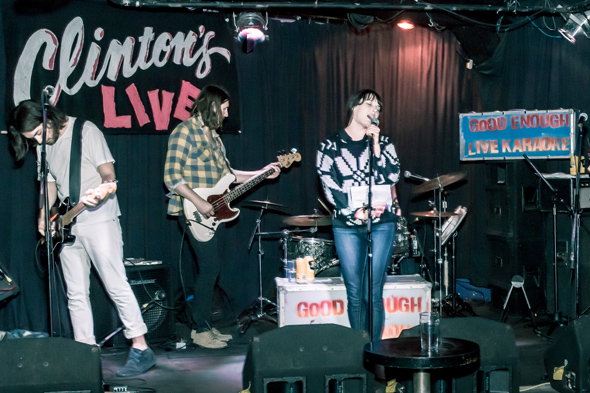 Since then, Good Enough has been gaining momentum as pretty much the only live karaoke band in Toronto (previously, Shark Week held that title, but haven't been active since 2009). They've been doing live karaoke nights at Clinton's Tavern every other Wednesday and recently additional nights at Junction City Music Hall and Parts & Labour. 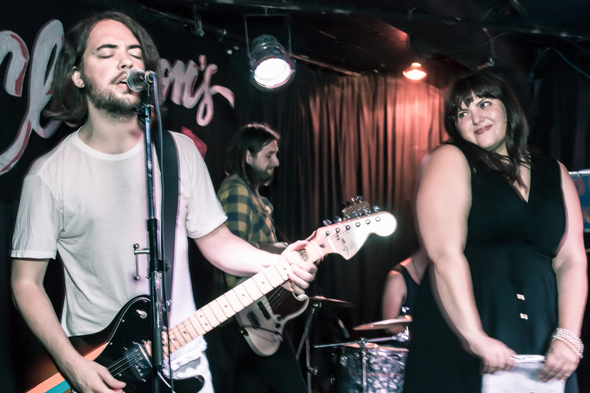 Reception has been positive - audience members actually move to front-of-stage to support performers (a rare occurrence in the Toronto live music scene!). "A lot of people who come out have super incredible voices. They don't want to deal with the bullshit of a band, but they want to sing," says McAvoy. "They know the songs inside out. They're not musicians, per se, but they're just super talented individuals." 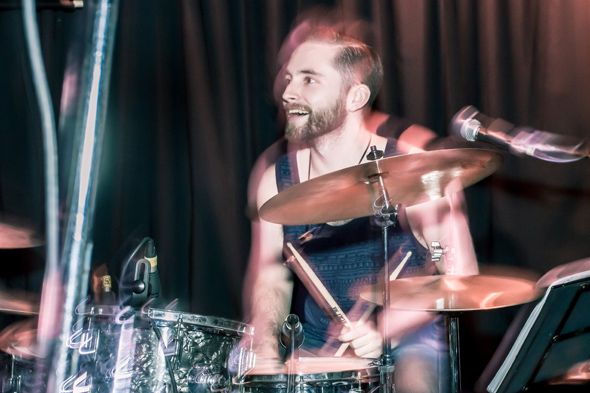 Good Enough's song catalogue ranges from Alanis Morissette and Erykah Badu to Minor Threat and The Smiths. Says McCready and Bellon, "It's fun to feel like we can do anything. It's not like we're stuck with one style," and the changing set list "keeps you on your toes." The guys tell me Miley Cyrus' "Wrecking Ball" is one of their favourite songs to play. 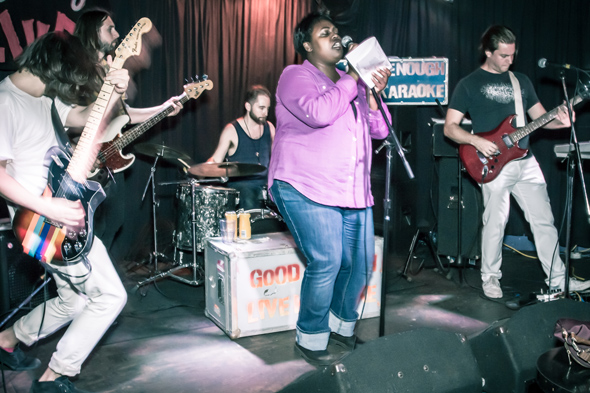 Singers and prospective attendees alike can request songs ahead of time via the Good Enough Facebook group and view their current repertoire and upcoming karaoke nights. The band are willing to tackle any song requests, boasting an impressive and rapidly growing catalogue at 300+ songs.

"If people are going to come and do justice to the songs, then we're happy to do whatever they want to do," says McAvoy.

Outside of Good Enough, all four members have their own projects and are also considering expanding Good Enough beyond the karaoke band realm at some point. Unsurprisingly, they also have the chops as a backing band for established musicians - they will be acting once again as Buck 65's band for his show at Danforth Music Hall in November. 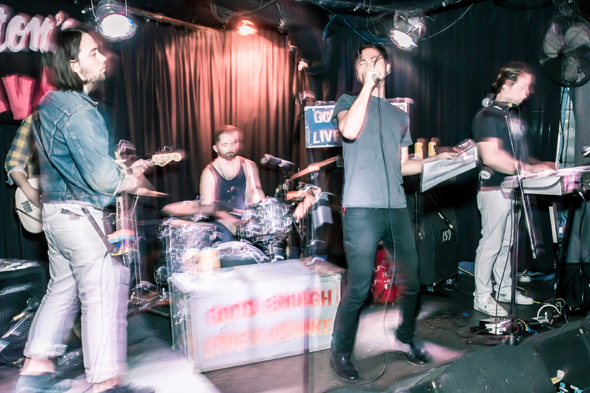 And, aspiring singers of Toronto, Good Enough can also be your backing band. Says Bellon, "Just on Wednesday, someone was on stage and she was like, 'Whoa! I'm in a band!' And I was like, 'Yes, you are!'"

Photos by Rhett Morita. Photo with Buck 65 from 159 Manning by Matt Forsythe.