What the hell happened to our summer? The three hot months we were promised have been washed down the drain in buckets of rain. Should I be surprised that I woke up on Saturday morning to another grey day?

The Wavelength crew obviously believe that summer is a state of mind, and sought to convince the enthusiastic crowd at new mini-festival Endless Summer just that much. The eclectic mix of artists central to Wavelength's tenet was out in full force. 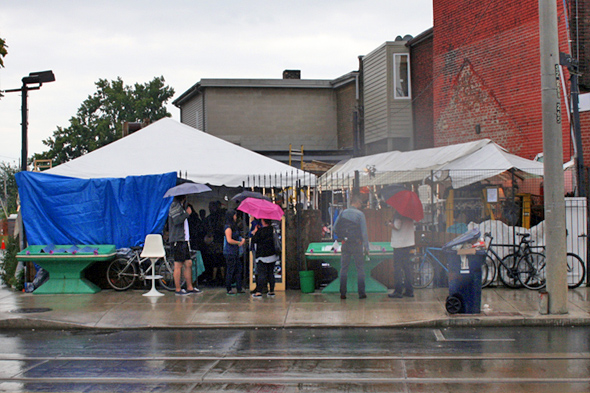 Held at Vintage and Flea Outdoor Market on Dundas West, Endless Summer lived up to its promise of providing a unique street level experience. Music met with live video games by the Hand Eye Society, projections from longstanding Wavelength collaborator General Chaos Visuals, and the vintage clothing and goods for sale. 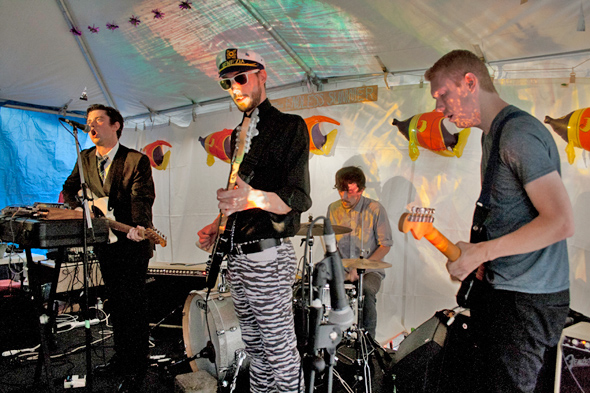 As I approached through the rain to what I thought was The Birthday Party playing over the sound system, I was happy to find the area was tented. It turns out what I heard was Alpha Strategy in the middle of their set. Their unbridled enthusiasm and impressive wardrobe overshadowed their obvious homage (tipping their captain's hat with a Birthday Party cover) to Nick Cave. I couldn't help imagining singer Rory Hinchey's celebrity doppelganger Elijah Wood fronting a similar band. 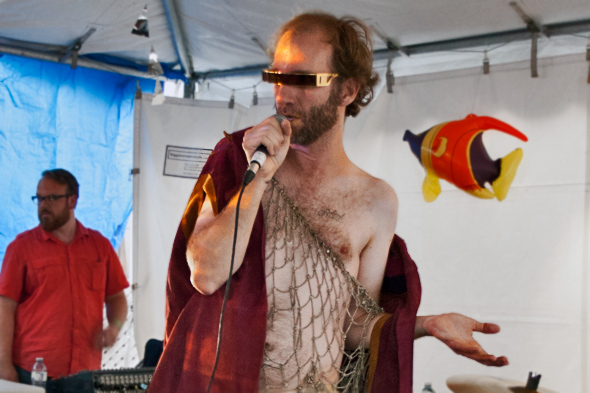 New Horizzzons bizarre follow up was hard to describe - what was billed as a record release doubled as an incense release, as the band's new album download came with a package of incense, or rather "the package of incense comes with music" singer Robert Dayton was quick to point out.

Infinitely quick witted, Dayton transformed the tent in to an Olde Time Revival or maybe more accurately a crazed circus sideshow. The best moment came when he called out all the iPhone documentarians with the raucous chorus "Did you see me? Did you see me? I was there. I was there." I slowly slipped my iPhone in to my back pocket. 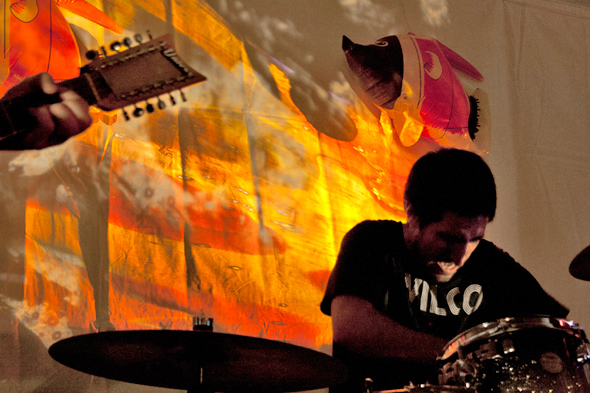 With Steve Shiffman & The Land Of No things took a turn towards the melodic. Former front man for 90s Toronto band 4-Star Movie, Shiffman moved south to New York City and formed this roots rock outfit, feet firmly planted in the Wilco camp. With a similar approach to Jeff Tweedy, Shiffman's band complimented his jangle with the right amount of sonic aggression. 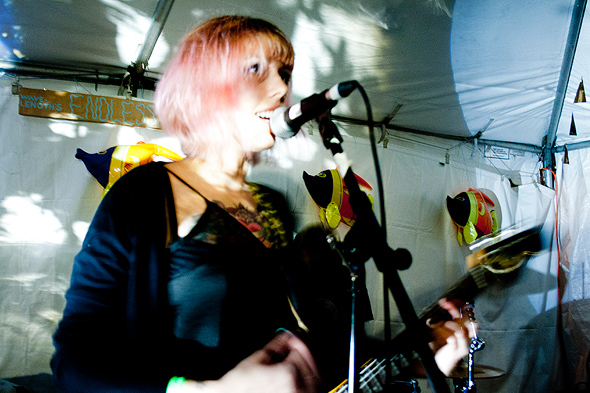 Toronto band Mexican Slang was an intense hailstorm of noise that undoubtedly split the night sky in two. Featuring songs from the recently released Inside The Velvet Castle EP (Buzz Records), Annabelle Lee and crew showed the growing crowd that they are a whole lot more than just a promising new band - they're bound to become a local mainstay.

Although highly anticipated, I was unable to catch the set by Comet Control. Their new self-titled album (tee pee records) is a fresh take on the stoner rock of their previous incarnation, Quest For Fire. With guitarists Chad Ross and Andrew Moszynski bringing their considerable guitar god prowess to the proceedings, I'm sure Comet Control is every bit the showstopper their previous band was. Next time then. 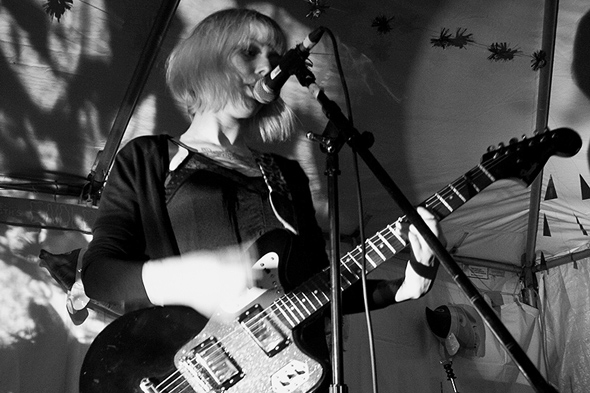 Photos and review by Evan Sue-Ping