The abstract-poetic representin' from Queens, Mr. A-Tribe-Called-Q-Tip himself, was in Toronto this past Saturday performing a DJ set, part of Absolut Makerfest at 99 Sudbury. With an open RSVP list and the promise of free drinks, the venue filled quickly and left many out of luck outside.

Inside there was more than just free booze and a celebrity DJ. Inventive art installations and interactive craft stations lined the front exhibit hall. There was a 3D-printing demo, a sewing station, and 4 types of automatic bartending machines that spun 26'ers of vodka like a young Tom Cruise set against the music of the Beach Boys. 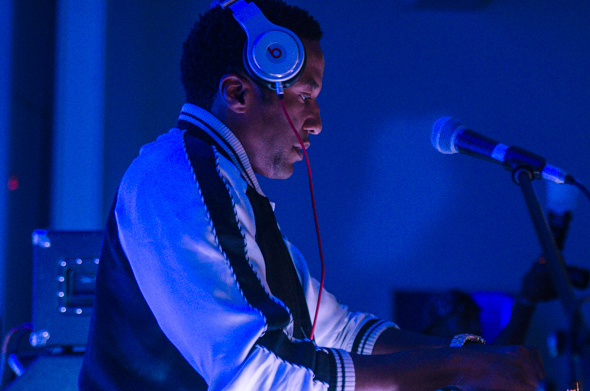 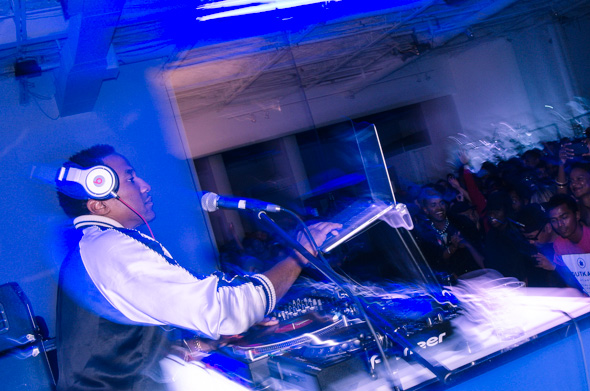 The main attraction was a DJ set by Q-Tip, who was performing in a separate room, accessible only by one door. Here was less a line than a mad crush of ever-so-diligent fans crowding for a chance to sneak-in. Luckily I was smuggled into the venue by an elite team of hipster-Navy Seals (our photographer and his buddies).

I was too late to catch the set by Theophilus London, but arrived just in time to watch Q-Tip take the stage. He proved himself to be a competent-enough DJ, mixing the crowd through top hip-hop hits, classic cuts, toured through the 70's, the 60's, and threw down some rocksteady and ska. But it's not as if his inventiveness and wit as an MC translated into his beat mixing skills. If you get invited to a party with a world famous juggler, do you really want to watch him paint landscapes?

He did play a couple of his own tunes, Vivrant Thing, Scenario (of course) and another cut from The Low End Theory that I can't remember. The crowd ate it up. But that's still kind of weird, right? Like, I wouldn't throw a party and then play my own band. 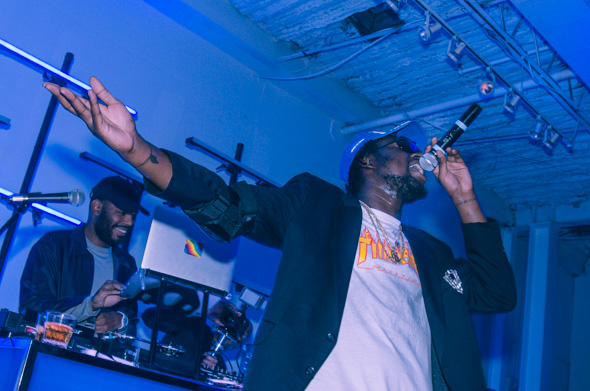 Did you make it to Absolut Makerfest? Share your experience at the event in the comments below.