The rise and fall of MuchMusic from crucial TV to bust

One's thirties are the new twenties so they say, but for our embattled Nation's Music Station MuchMusic it's the new euthanasia.

Launched with great gusto over 30 years ago in August 1984, MuchMusic (original tagline: "It's a lot!") has been slowly dispossessed of its magical powers over the last decade as the channel lunged from an embarrassing identity crisis into full blown televisual catatonia. 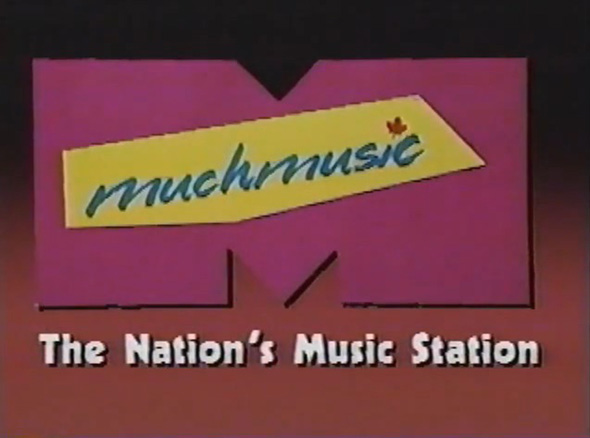 While its overlords at Bell Media are quick to blame a T.K.O. combo of YouTube guzzling kids and a side of strait-jacketed conditions of licence courtesy of our proudly tone deaf Government regulatory agency the CRTC, the sad truth is that a profound lack of vision and imagination have killed this once indomitable golden goose.

Seismic waves triggered by CTVglobemedia's (now Bell Media) purchase of the CHUMCity assets in 2006 are still felt today, as one by one those colorful assets fade into a beige blur of TV mediocrity; Citytv, the incendiary local channel which gleefully re-wrote the rules of a vanilla medium is now a wasteland of second tier sitcoms, reality shows, and mind numbing infomercial loops.

Bravo and Space, once bastions of high quality niche series catering to high and low brow viewers alike, are now home to sloppy seconds, practically indistinguishable from one another never mind everything else.

In other news, Netflix, piracy and SVOD are kicking everyone's ass because even us Hoi Polli are better at imaginative programming than most major broadcasters.

Reporting on the gutting of what was left of MuchMusic's original programming, the Globe and Mail (also owned by Bell Media) quoted Bell Media president Kevin Crull as saying "Kids do not watch music videos on television. You're not going to wait for somebody to program a music video when you have a million available on Vevo."

It's almost as if some people have forgotten why the peons bothered to watch Much in the first place.

Music videos may well have been the bricks and mortar out of which the original condition of license was constructed back in the early 1980s, but the true pedigree of MuchMusic was always attitude.

Unifying all of this wayward mayhem were some remarkable hosts - J.D Roberts, Jennie Becker, John Majhor, and Christopher Ward, respectively.

Later shows on MuchMusic such as Soul in the City, The Wedge, Power Hour, R U Receiving, French Kiss, Electric Circus, The Punk Show, Life on Venus Avenue and Rap City fostered an eclecticism that is difficult to find in the current online megaverse of curation-less content, where we technically have access to everything but limited or no guidance on the journey. 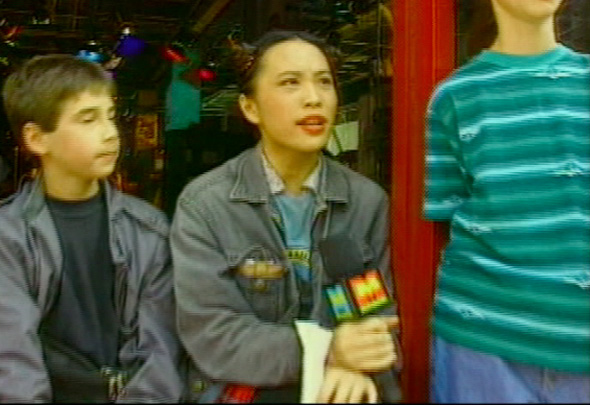 Sook-Yin Lee in the middle of a spot. 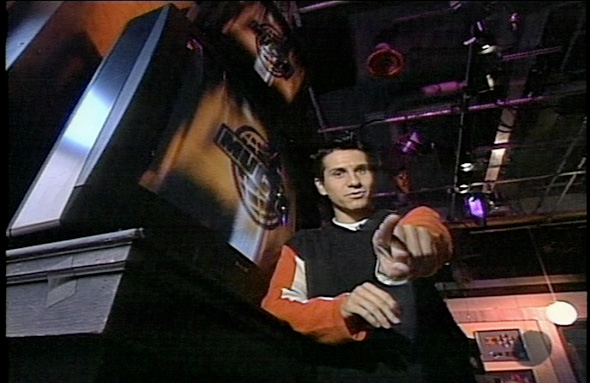 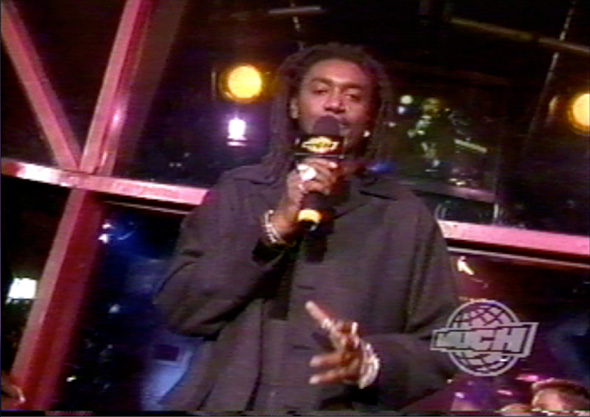 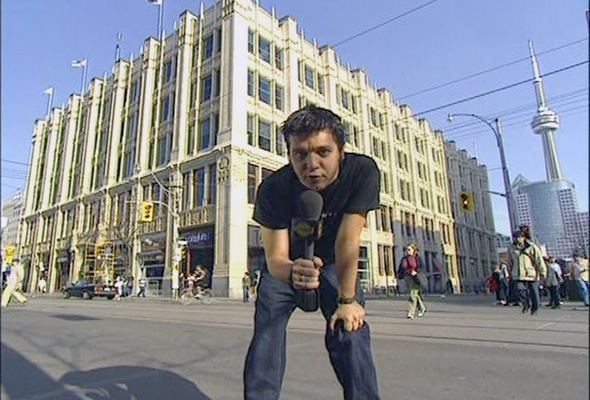 Regardless of your preferred musical genre, this motley crew of misfits chilling in their open concept work space invited you to hang out with them 24/7, learn stuff you didn't know, hear amazing tunes, have a laugh and feel like part of something much larger. Just like the best kind of cool older brothers and sisters.

The visionary man upstairs Moses Znaimer and his co-conspirator John Martin were the hip parents who let their children run amuck and experiment as much as they liked, just so long as they did it under his roof.

First at 99 Queen Street East, and then later most memorably at 299 Queen West, the ChumCity building was a buzzing sentient cathedral of good vibes, good music, and good people: "The living movie" as it came to be known. 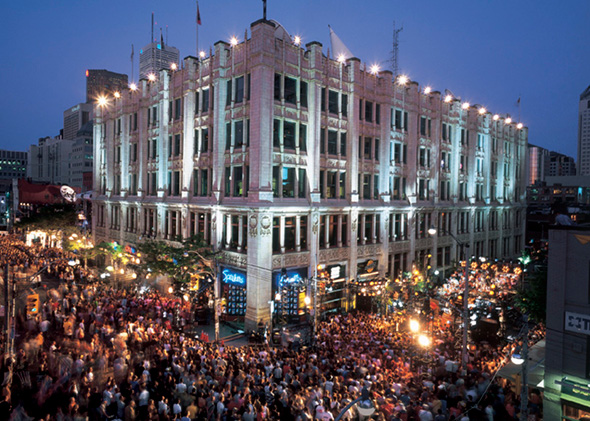 299 Queen West during a live taping that saw insane crowds and road closures around the building.

Nowadays 299 Queen West is a gated mortuary, where everything is hidden away from the public. Long before social media transformed our toys, its ethos was apparent in every facet of MuchMusic's soul.

It was live, interactive and approachable. The VJs were actually die-hard music fans. They enjoyed nothing more than turning people onto new bands and genres. It was an adroit educational experience, and everyone including sponsors and advertisers came out smiling.

With virtually nothing, the original brains behind Much delivered on their promise of giving us "a lot."

With a lot, the new owners of Much gave us virtually nothing. Reruns of The Simpsons, Degrassi, and The Mentalist might look good from a R.O.I. perspective on O&O economies of scale, but they sure won't buy you a dedicated cult following.

With Much's epitaph basically written (but not yet carved in stone), it seems to be all over but for the crying.

Bean counters are not usually interested in straying from their scripts, which seems all the more mystifying when you recall that the kind of punk-flavoured disobedience to rules was what turned Much into the cash money pinata they bought in the CHUMCity package all those years ago.

Grassroots movement #GivethembacktoMoses sprung up this week with a Facebook page ostensibly to show Bell Media there is still an appetite for the brand under new (old) management.

They should return their broken purchase - if they no longer want it - to its prophetic creator Moses Znaimer, who no doubt could turn things around sharpish.

Properties like Much worked best with small overheads and big ideas, and with instant access to virtually every song and music video ever created, we sorely need expert curation more than ever before.

It need not be a rerun of the first 30 years, and it's no longer just about videos. The next chapter in this exciting saga is beckoning. Who better to save the wounded and confused monster than Dr. Frankenstein himself?

Besides which, Much Master T thinks it's a good idea.

And for what it's worth, MuchMusic has pivoted to TikTok, creating music and pop-culture content under the logo of the original brand.