The Drake Underground has stepped up their programming recently, bringing more up-and-coming bands to their subterranean cabaret room. Case in point: this week's double bill of Dub Thompson and Montreal's current band-of-curious-intrigue, art-rockers Ought. 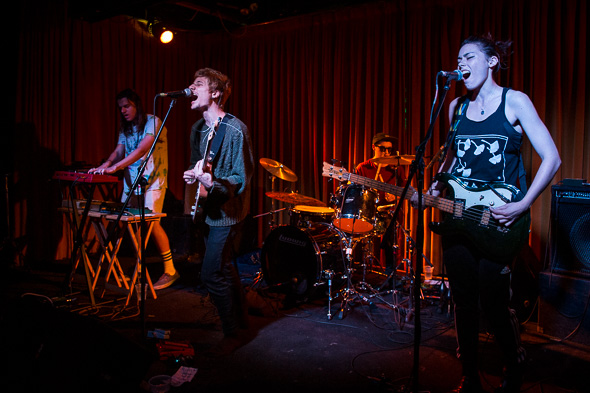 Don't let the "dub" in Dub Thompson fool you - this isn't King Tubby or Lee "Scratch" Perry - but that's not to say the name isn't warranted. It's hard to put a label on Dub Thompson's sound since - like their 9 songs debut album - it's too varied to pinned down. What keeps everything in line is a groove that emulates the steady beat associated with dub, but never fully gets there thanks to noise-rock elements, hidden hooks, and fuzzed-out vocals. This mix held everyone rapt for the entire set. 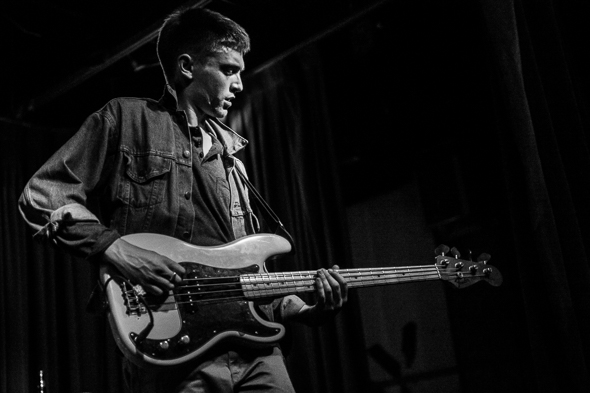 It was only a matter of time before rising Ought made it back to town with a headlining show of their own, hot on the heels of their first Constellation Records release. For familiar label rather than the band (Montreal-based home of Godspeed! You Black Emperor, Do Make Say Think, The Silver Mt. Zion, Sandro Perri, Colin Stetson, and more), Ought don't sound like a "Constellation" band.

Immediately you're hit with comparisons to Tim Beeler and David Byrne: the high tone of his voice paired with the spoken delivery of songs - it's all there minus the theatrics, landing closer to Television than Talking Heads. 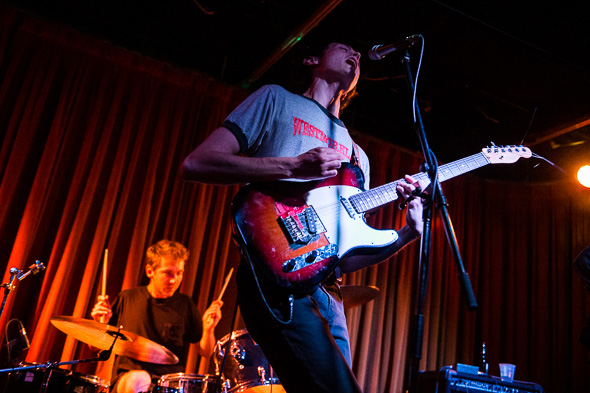 However, their chaotic sound is all their own. The lyrics may be driven home by shouting and repetition, like the refrain of "Wanted! Wanted!" during "(Are You) Gemini", with the band landing every hit in time, but by the end it doesn't seem like filler. Much like opener Dub Thompson, there's something really compelling about their live show that's tough to put your finger on, but will have you checking listings to see when you can take another stab at figuring it out. 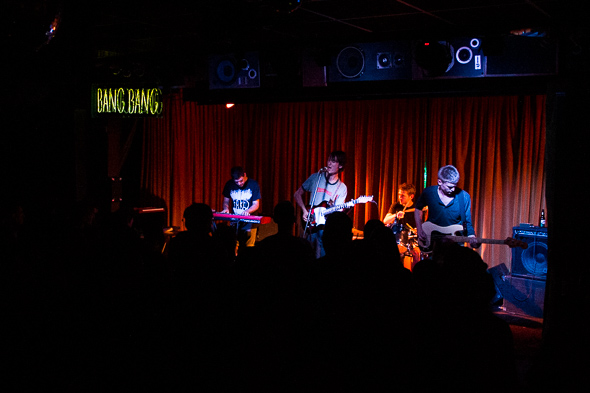 Toronto fans won't have to wait long for their next chance to solve Ought's sonic riddle - they'll be back to play Silver Dollar on July 25th with Freelove Fenner and Blonde Elvis. In the meantime, pick up More Than Any Other Day and listen on repeat.