Two day metal fest to land at College and Spadina

One of the newest editions to Toronto's summer music festival circuit, Briefcasefest is set to return for its second year June 6-7 at Silver Dollar and Comfort Zone. Its focus is markedly different from the higher-profile fests you'll hear about this season, showcasing some of the most innovative bands in extreme, avant-garde and heavy music currently active both locally and abroad. Hosted by local promotions collective Briefcase Show Inc., the event is a natural extension of the scene they've helped to build over the past few years.

Max Deneau is one of the key minds behind Briefcase Show Inc. and recalls how a particularly successful streak of shows last year inspired him to put together their first festival: "It felt as though the Toronto underground had reached an all-time peak. [Typically] you need big name headliners to make a fest happen, but I found myself thinking it would be possible to run a locally focused one based purely on the strength of the artists I had been working with." 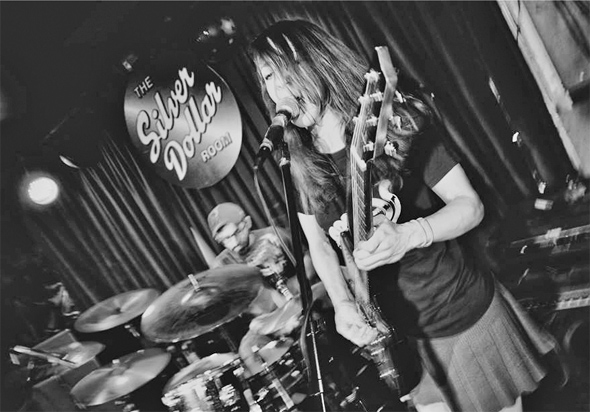 Deneau, who is the vocalist for Eyeswithoutaface, formed Briefcase Show Inc. with fellow musician Yegor Zacharov (of Kosmograd) in 2010. Both bands create music that's undeniably heavy but almost impossible to categorize genre-wise, which made it difficult to book shows with the traditional metal promoters. "Since nobody else was really booking our projects, we felt like we should try and get something off the ground ourselves and make it self-sustaining - to start running our own shows and try to build a community."

The two-night event begins Friday at The Silver Dollar, where the roster consists primarily of Toronto-based acts exploring the outer edges of sludge, punk, doom and noise: it's headlined by Godstopper and also features Zacharov's band Kosmograd, Demonic Possessor, Ayahuasca and more.

Night two sinks down into the Comfort Zone to feature more extreme metal, be it black, grind or death: see the likes of Thantifaxath, Sulaco, Ordoxe and Homolka, among others. "The Silver Dollar and The Comfort Zone are two of the rare mid-level venues in Toronto that have remained accommodating to underground metal and hardcore," explains Deneau about the chosen location.

Coincidentally, both editions of Briefcasefest have fallen on the same weekend as another major Toronto music festival: Field Trip. The two events seem like complete opposites, but share some strange connections (musician Justin Small performs with Do Make Say Think at this year's Field Trip, but is also a member of noisy two-piece Lullabye Arkestra, who played Briefcasefest last year). Competition from a growing number of Toronto music events doesn't really phase Briefcasefest's organizers, though, as their festival fills a niche that's been long overlooked.

The current members of Briefcase Inc., much like the music they promote, are tough to pin down - the collective is deliberately vague and dispersed, partially to help heavy bands connect with like-minded artists outside Toronto's borders. Deneau hopes that events like Briefcasefest can expose local audiences not only to the cool stuff happening in their own backyard, but emerging artists from Quebec and elsewhere in Ontario as well, making each scene less insular. "The plan is to continue as an annual festival until I burn out or cut my own throat on stage or something."

Briefcasefest runs from June 6-7 at Silver Dollar and Comfort Zone. Tickets are available at the door only: $10 for Friday, $12 for Saturday, or $20 for both nights. The event is 19+.

Writing by Shazia Khan. Photos of Ayahuasca and Demonic Possessor by Nathan Mills.