Canadian Music Week continued into day four with Friday's hot ticket Tegan and Sara show at Kool Haus. For those of us expecting a standard show by the Quin twins full of their lively stage banter and quirky storytelling, that wasn't what this night had in store. It was CHUM FM's Fanfest, drawing in thousands to witness a night of up-and-coming radio pop acts, along with the headlining act, British popstar Ellie Goulding. Tegan and Sara were on their 6th stop for the Lets Make Things Physical tour, and since this was an opening slot, they only had an hour to blaze through the latest songs from the new Heartthob album. 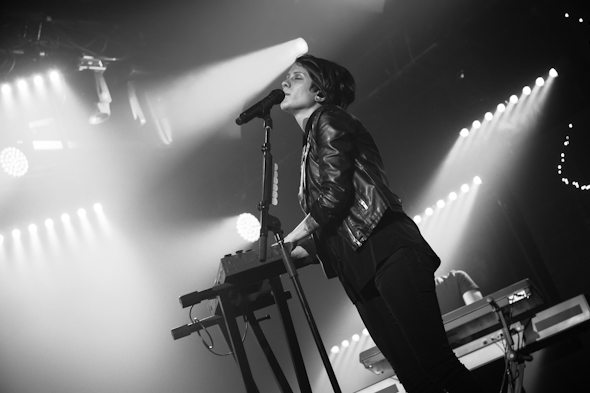 The neon lights lit up, and the sisters took their places on opposite sides of the the giant stage. To the untrained eye they may have been hard to tell apart, sporting similar outfits of skinny jeans and leather jackets. Here's an insider tip: Tegan's hair is slightly longer and more unruly, (obviously to represent how she can't be tamed). The duo was backed up by a fleet of boys in black t-shirts who didn't miss a beat. They kicked off with two songs from The Con, the first being "Back in Your Head," a song we've been dancing to remixed versions of since 2007, and the second was a passionate version of the album's title track. 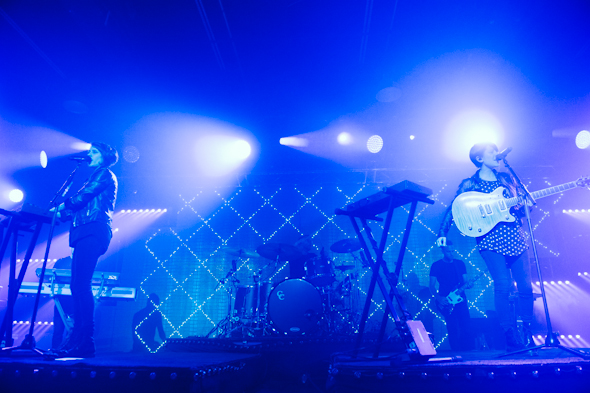 After a short trip to the The Con era (also known as the style mullet era), they took us into Heartthob, and played straight through four tracks from their newest pop-infused album. Once the booming electronic goodness of "Goodbye, Goodbye," "I Couldn't Be Your Friend," "Now I'm All Messed Up," and "I Was a Fool" was said and done, we finally got a bit of banter. Tegan went on a tangent about Toronto's weather, telling us that it was too warm and she was overheating on stage. 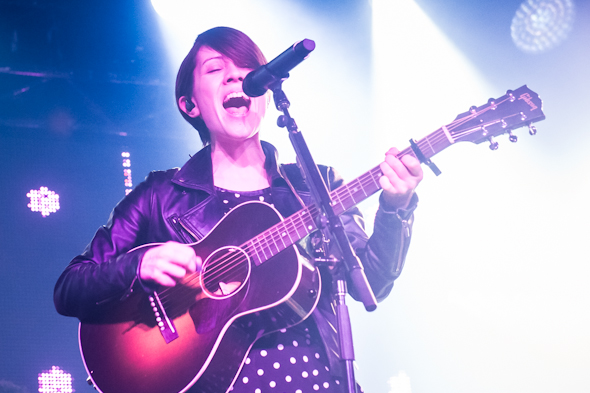 The set was mostly comprised of their new head-boppy pop songs, but they did take us back to classic T&S a few times. Tegan picked up a hand-shaker and they launched into "Alligator" from Sainthood. Then the acoustic guitar came out, and the crowd went wild for their mega classic sing-along "Living Room." Leaning in over their keyboards, they then blasted through a cover of Pete Townsend's 1980's hit "Let My Love Open the Door." 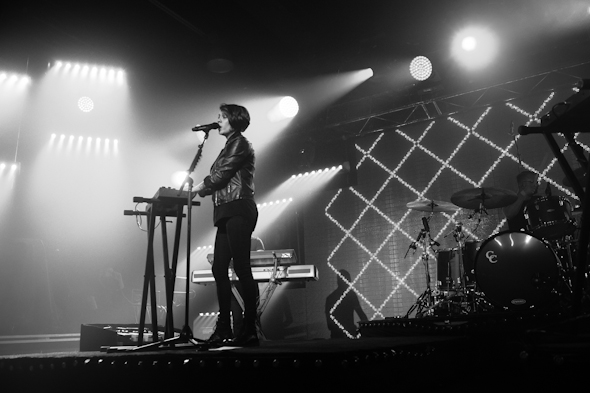 What felt to be all too early, the set came to an end with the smash radio single "Closer". They brought the most energy of the evening to to this song, and the enthusiasm was happily reciprocated from fans screaming "let's make things physical" like they hadn't been touched... ever.

Sadly, there was no encore that brought them back on stage, and it just wasn't in the cards to get the full-fledged Tegan and Sara experience for this corporate style event. Don't worry, though: they'll be back soon. After another month and a half of touring, Tegan and Sara will return to Toronto on June 29th as the main heartthrob attractions for World Pride festivities. 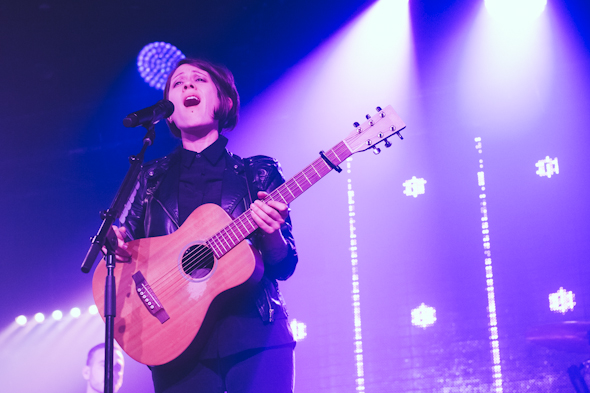 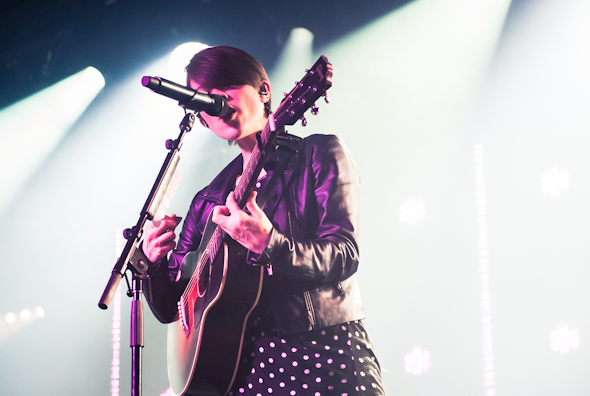 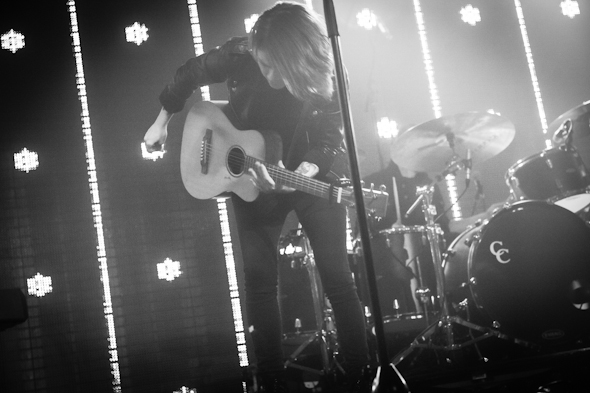 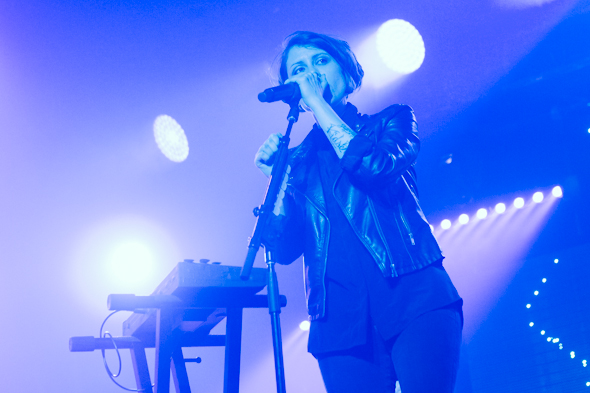