M.I.A. performs to a lucky few at Tattoo for CMW

M.I.A.'s North American tour in support of her latest record, Matangi, was due to hit Toronto's Yonge and Dundas Square for a free outdoor concert to jumpstart Canadian Music Week (May 6-10) until a last-minute venue change resulted in the always-controversial performer playing to a crowd of no more than four hundred at Queen West's newly revamped Tattoo. A chunk of the free tickets had to be acquired through an online "wristband-lottery" system, and indeed, everyone in attendance seemed ecstatic and grateful to have snagged a spot for the intimate show. The venue's small stage was adorned with a miniature version of the Matangi tour's light-up Hindu-inspired wheel structure. 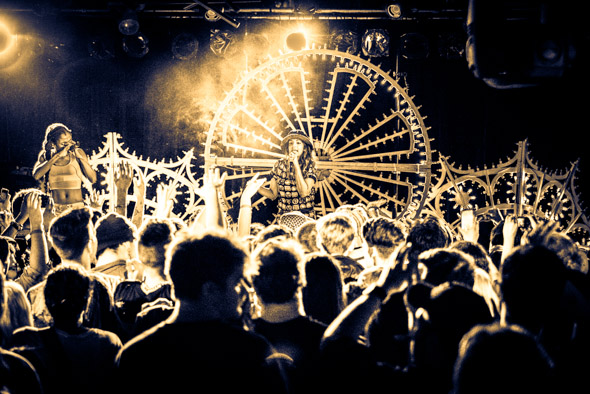 In a polka dot body-suit and translucent white trench coat, M.I.A. stormed the stage with a trio of dancers and launched into her catchier early hits, opening with "Bucky Done Gun," "Bird Flu," and "Sunshowers." Much like last year's show at the Danforth Music Hall, M.I.A. and her DJ rarely took breaks between songs, instead transforming her catalogue into a seamless dance set (as it should be). 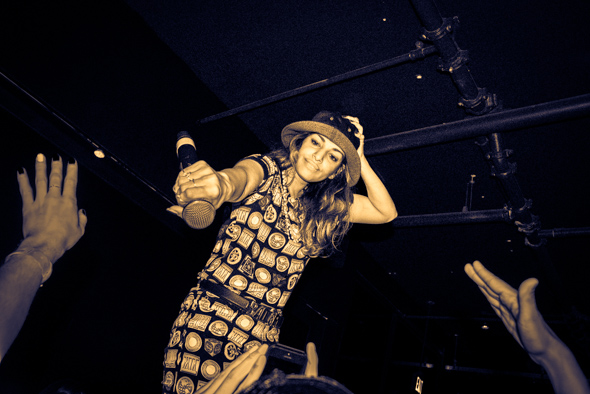 When she did pause to greet the crowd after "World Town," she opened the floor to audience requests - though when someone suggested "Teqkilla," she quickly shut it down, instead opting for "Bamboo Banga." Regrettably, the set featured little from 2010's /\/\ /\ Y /\, an underrated record that many have now credited with paving the way for mainstream consumption of Death Grips' records and Kanye's Yeezus. Instead, songs from Kala took centre stage, and the audience became truly lost in a dance frenzy when she threw in newer hits from Matangi, including ferocious renditions of "YALA" and "Double Bubble Trouble." 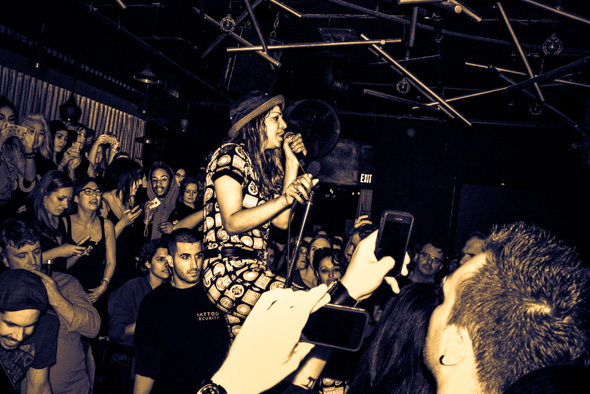 It wouldn't be a true M.I.A. show without the occasional enthusiastic (if slightly half-baked) political interjection - at one point, she addressed the crowd: "Future Canadian generations! Don't take the easy route and be Americans!" The singer's (in)famous sass also showed through towards the end of the performance, when she declared she wouldn't perform "Bad Girls" without proper bass.

She proceeded to wander through the crowd, performing the song acapella while technicians adjusted the sound equipment. The sight of M.I.A. making her way through a small bar setting was surreal to say the least, but her visible frustration with the venue's sound system derailed some the show's blissed-out momentum. After performing "Paper Planes" and a full rendition of "Bad Girls" to an elated crowd, she made a quick, subdued exit and did not return for an encore. 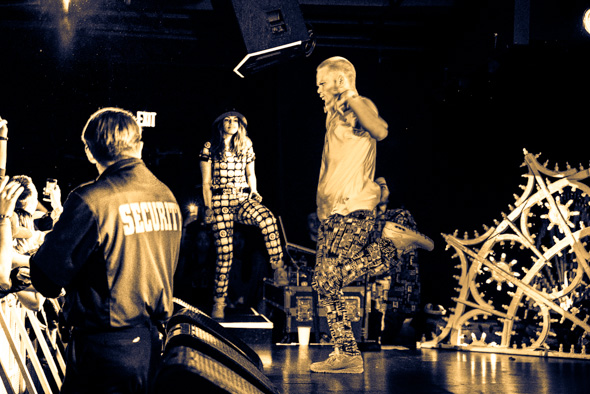 While it was a privilege to see an established act perform in such an intimate setting, it was surely a let down to those who were anticipating a free outdoor show. Many speculated that the show was moved indoors due to the prospect of poor weather conditions, but nonetheless, music such as M.I.A.'s, steeped in themes of free expression, subversion, and multi-culturalism, should be properly enjoyed by the masses, outside the confines of a small, exclusive venue. 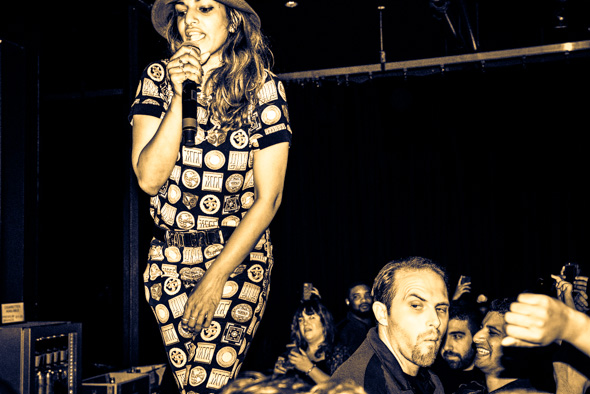 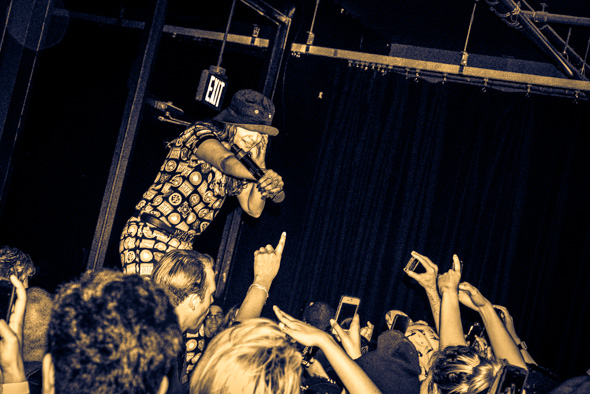 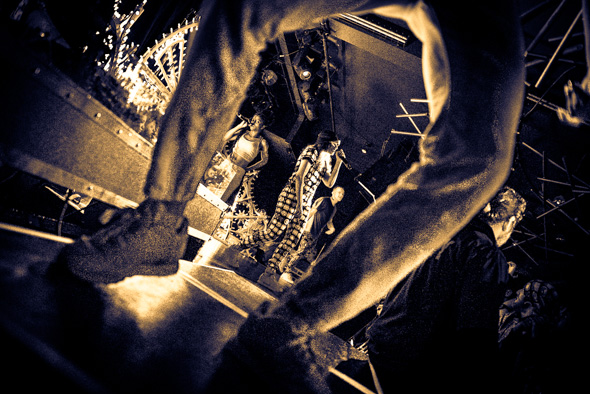 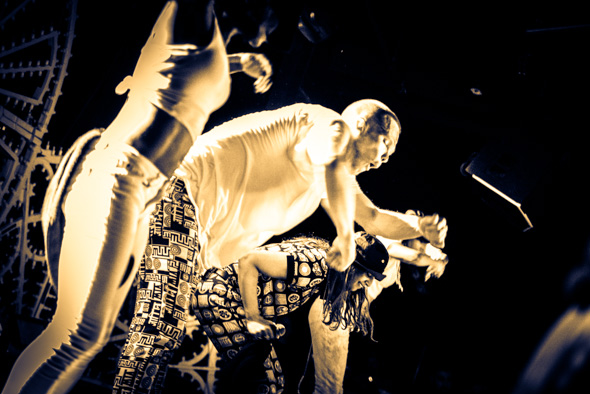 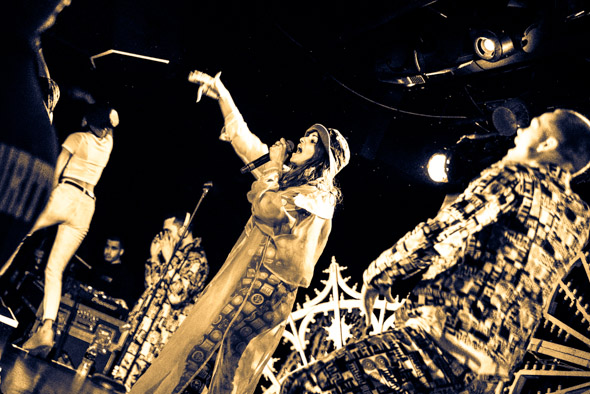