HAIM whip Kool Haus into a frenzy (with their hair)

On Thursday, a line-up of HAIM doppelgangers dealt with the effects of drizzly rain before retreating inside the Kool Haus for HAIM, still riding the wave of success from their debut album Days Are Gone which spawned the radio hits "The Wire" and "If I Could Change Your Mind". 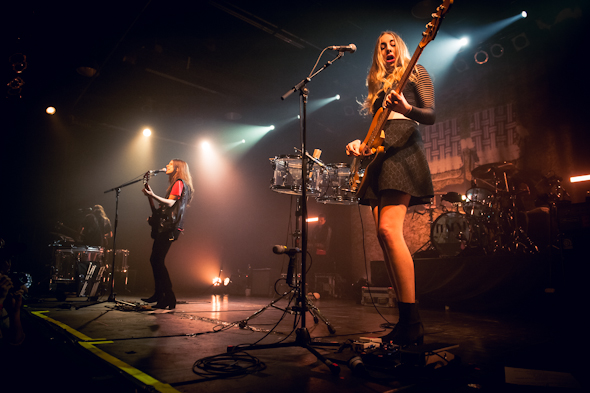 The Californian band of sisters are in the middle of a busy tour schedule that will whisk them across North America and Europe. Despite only having one full-length album, they've accelerated into worldwide popularity with the help of their esteemed record label Polydor UK, as well as Jay Z's Roc Nation management team. HAIM's RnB-infused soft rock sound has garnered them a massive following, and Thursday's show saw them live up to (and surpass) the hype with a sensational performance.

Lead-singer Danielle is a wonder of musical talents. Halfway through the first song "Falling" she blazed through an extended guitar solo, made even more impressive by the fact that her waist-length hair enveloped her face, blinding her from her fretboard. Danielle is no newbie to the touring circuit, her skills on guitar and drums have led her tour with Jenny Lewis, Julian Casablancas of the Strokes, and Cee Lo Green. Now you can see her experience translate into confidence in the spotlight - she definitely did not shy away from ripping guitar solos. The other HAIM sisters started off with a bang too, whacking their individual sets of rack toms, and initiating audience clap-alongs. 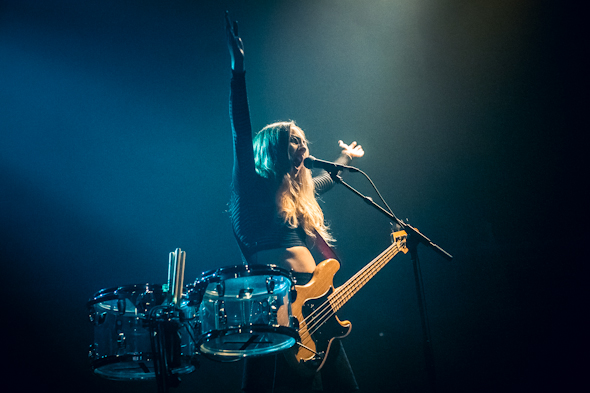 Este had her open-mouthed bass face on from the get go, and before she said a word, it was obvious she would have a sassy sense of humour. After the first two songs, she invited the audience to envision that it was 1976, and we were in the HAIM living room, where jam sessions always ensue. Off they went - full hair-flipping throttle into an Americana-inspired rock out. If you were expecting a low key night of pop tunes, now was the time to throw those expectations out the window. 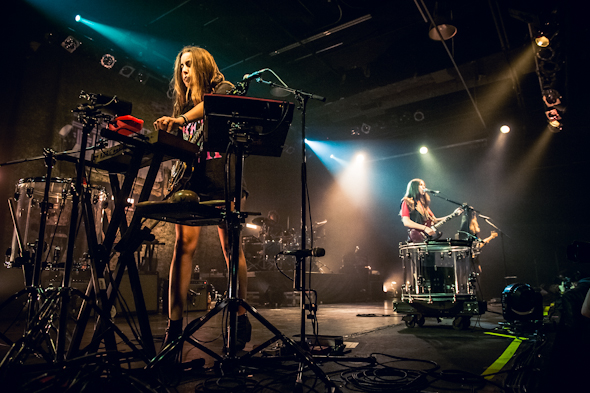 Between songs, Este easily kept up the banter as if she was entertaining a group of friends. She introduced her sister Alana to the audience as Baby Haim, which turned into an impromptu throwback to Groove Armada's "I see you baby, shakin' that ass." It was a segue into "Running If You Call My Name" which featured Alana on lead vocals. The stripped down version felt raw with just a slow chug of chunky distorted guitar, and Alana's incredible vocal prowess. The audience turned into a swaying pool of raised arms and voices. In natural HAIM fashion, the song erupted with the entry of drums and bass, manifesting into another room-resonating trail out. 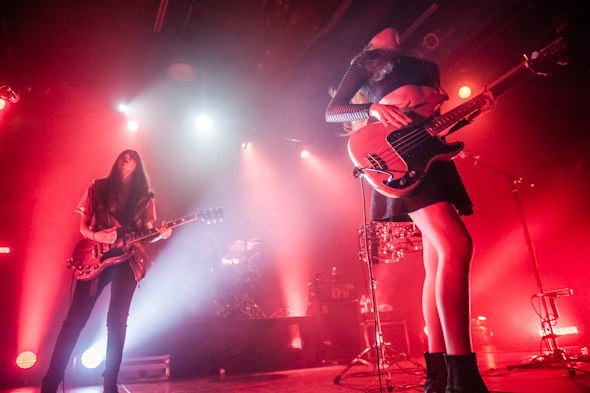 The entire set stayed dynamic and entertaining, and the end would be no exception. After delivering fan-favourite, "Forever," the stage went dark and the crowd waited as minutes dragged by. When the lights went up, Danielle was perched behind the drum set, where she confidently laid down a rhythmic hip-hop beat. Este stepped up to the mic, taking lead vocals to cover Beyonce's power-ballad, "XO." They energetically concluded the set with "Let Me Go" which transformed into a scene straight out of Drumline, where all three members picked up sticks, and expertly banged out an unreal percussive instrumental piece. 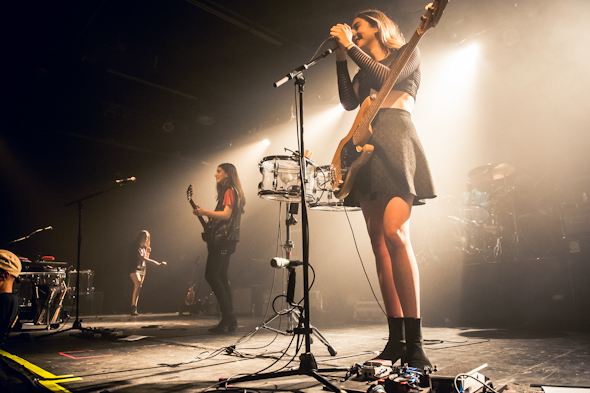 HAIM had no trouble winning over Toronto. It seemed the feelings were mutual, as the sisters were genuinely overjoyed by the vigorous dancing and clap-happy energy that the audience maintained throughout the night. The band know how to put on a rock show: a hair-flipping, guitar-shredding, drum-lining, spectacle. 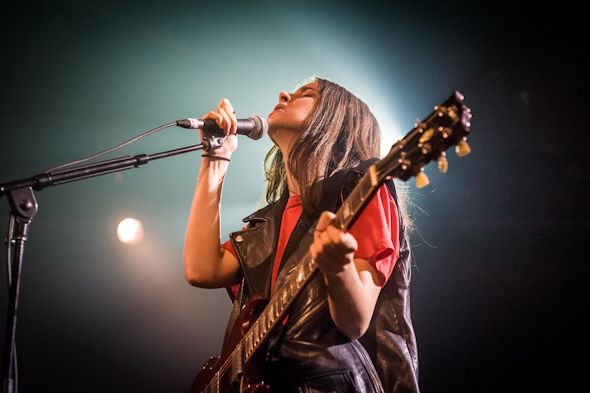 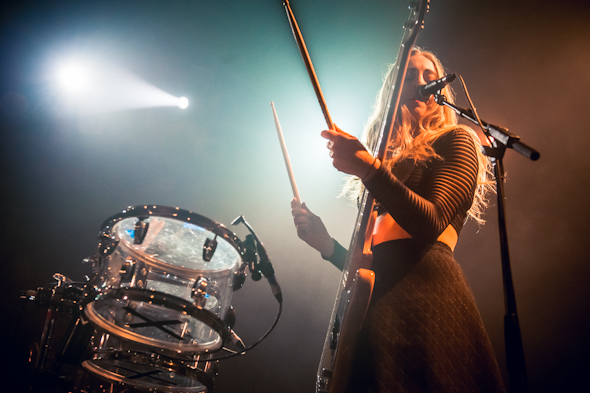 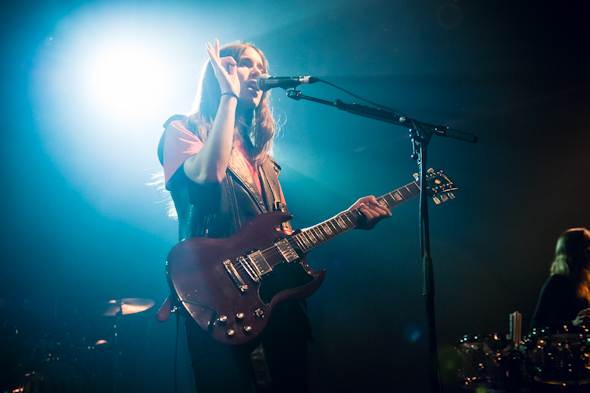 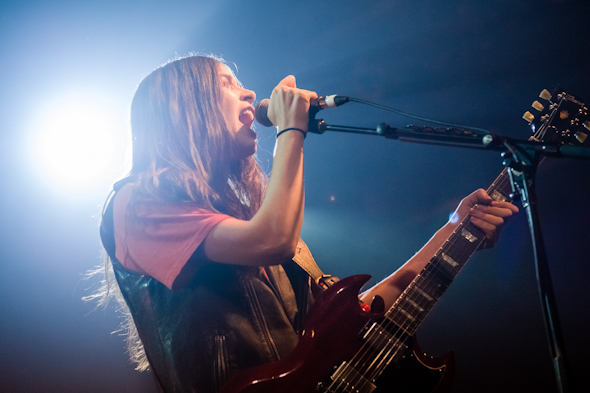