Angel Haze brings fans a piece of Heaven in Toronto

Angel Haze was scrappy, fresh and fierce at The Hoxton Thursday night in an oversized XXL tee. I first came across the young rapper thanks to the Mista Jam show on BBC 1XTRA (non-contractual TuneIn Radio shout out!) in late 2012 and had a hard time not buying into the speed demon who's "zero past a hundred, spits like a komodo dragon that went missing from a dungeon." 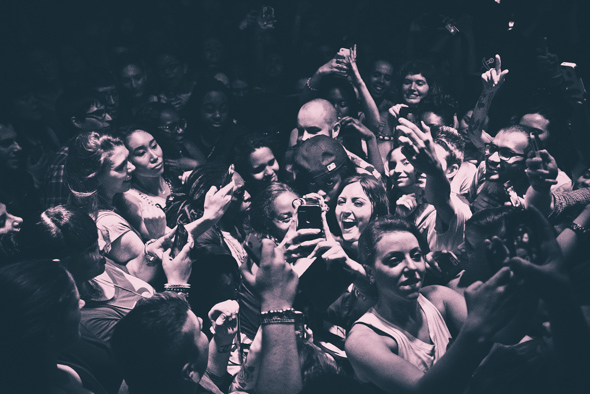 Over the years, the 23-year-old quickly rose to the top of charts with her venomous flow able to spit at 180 BPM and drop to a silky R&B lull at the drop of a Yankees cap. You'd never know she was born into a religious group that forbade her from listening to music until she was 16.

While Haze stuck mostly to her bouncier tunes, she literally covered all the bases in the club, climbing around unused parts of the balcony and even giving all four corners up front and personal audiences during her finale, "New York". Her debut album "Dirty Gold" has been critiqued for having heavy pop melodies that betray her street sensibility but her performance was anything but. Although she did rely heavily on backing tracks, it was her fire that reigned supreme.

Crowds clapped along to trappy bass rhythms, and four young fans were pulled up from the crowd, hand picked by the angel herself. She knelt at first, as if scoping out her new posse, to see what they were made of before breaking into her hit 'Planes Fly', sharing a dance and a lyric with a couple from her swooning dancers. 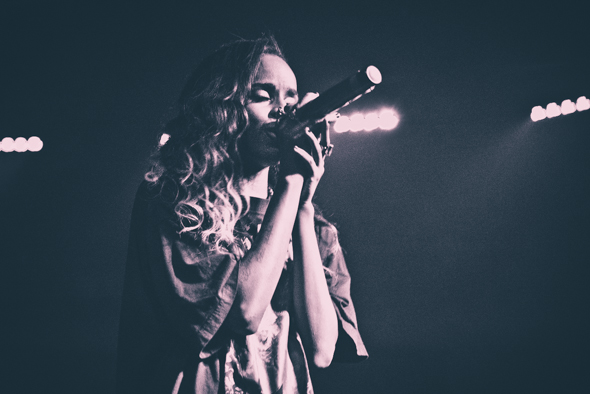 There's something to be said about an artist that knows how to create a true fan experience, and Angel Haze has captured that ability early in her career. It could be her own earnestness and drive to fight powers that be. It's not like she hasn't run into trouble before - like that time she leaked her album while in a dispute with her label, three months ahead of time. 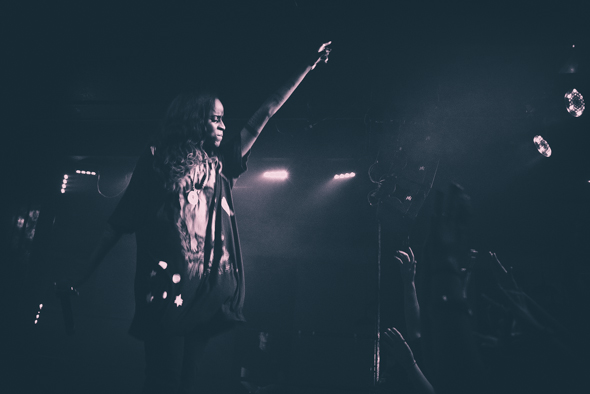 She fully embraced her divine side last night, standing like a messianic figure as fans clung to her hands in supplication. After a roaring encore of crowds begging and chanting "ANGEL HAZE, ANGEL HAZE," she returned for a cooled-down final tune, "Battle Cry" recorded with Sia. 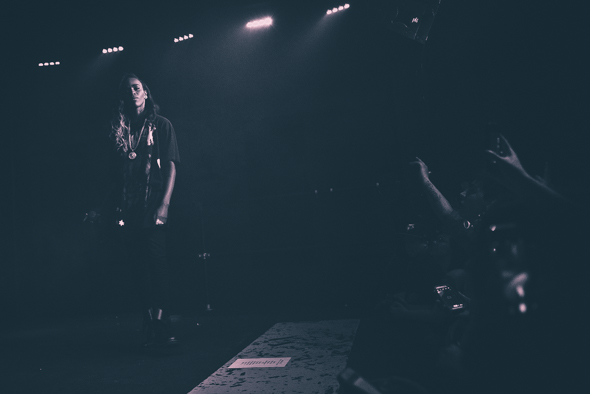 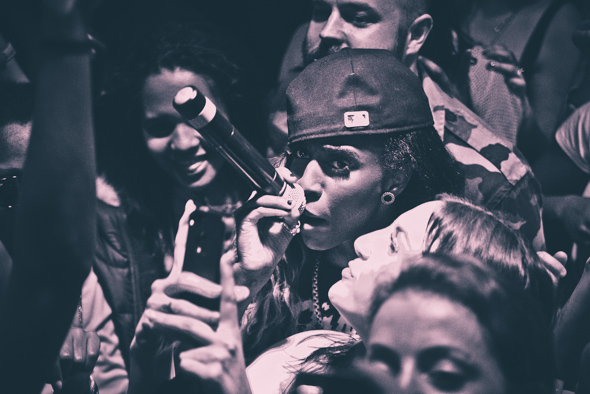 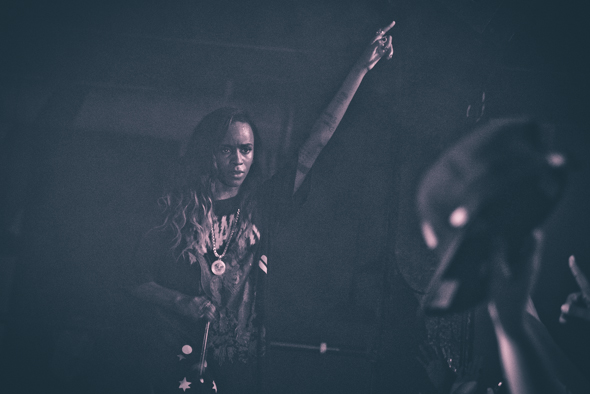