Childish Gambino full of energy at the Sound Academy

Childish Gambino, a.k.a. Donald Glover a.k.a. Troy Barnes, is a renaissance man of the Internet Age. Writer, comedian, actor, rapper -- Glover does it all.

In town for a two-night showcase at the Sound Academy, offering up poor sightlines and all, for his Deep Web Tour, Gambino welcomed the weird in numerous ways. Akin to his sophomore album, Because the Internet, Gambino's live show is part-concept, part-frantic action, part-heavy assault and part-manic performance, as he dips into rapid-fire delivery on tracks like "Sweatpants" and "Crawl" and then segues into subdued jazz interludes with the back-up band. Note: Gambino has a solid falsetto in his arsenal. 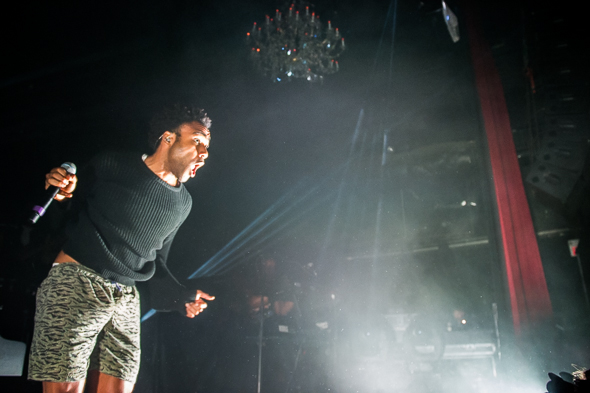 Sporting a thick black sweater, Gambino, who, yes, got his hip-hop handle from a Wu Tang Name Generator, was slight with the stage banter. But when it came to performing his tracks, he delivered everything he had, running the full stage. By the end of the show, he was pretty much hoarse, but it didn't seem to diminish his high-energy flow. 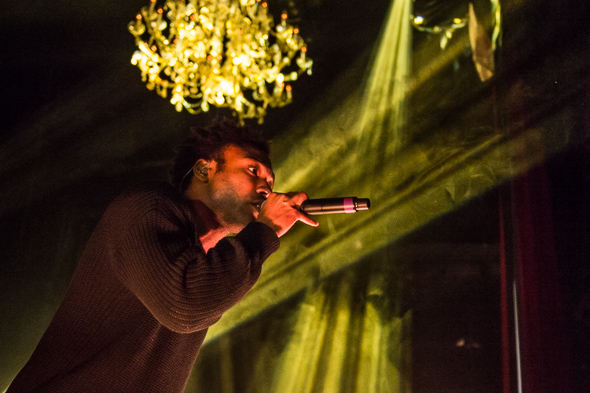 With two large chandeliers dangling above the stage, the video backdrop would change from inside Gambino's suspected living room, to snow falling, to fire, to shitty late '90s Windows screen savers. And like the varied backdrops, Gambino's swift transfers from Weeknd-esque crooning into "Worldstar" with the crowd chanting along, the frenzied experience shed light on Gambino's version of the deep web. The tosses and turns, at first jarring, eventually become expected. 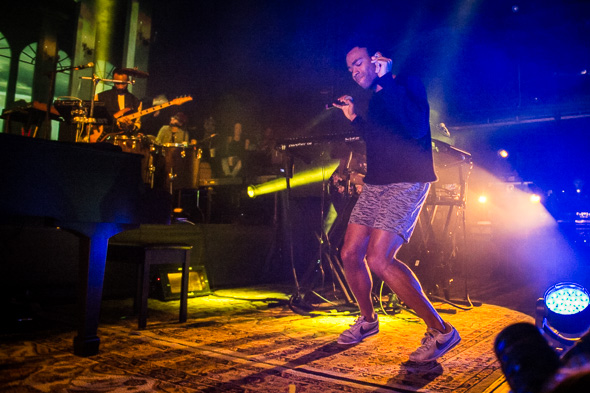 Highlights were varied and frequent, like during the encore, Gambino and Co. shifted from a musical interlude mashing tunes like "Got this Money" into the thumping bass line of Camp's "Heartbreak" and closing off with "Yaphet Kotto." The crowd reciprocated loudly and passionately. On tracks like "3005," where the audience can spit back every piercing lyric, you know Gambino has fueled many before-the-bar-amp-up playlists.

With the removal of the black sweater to a sweat-stained white tee and hoarse voice, Gambino broke out into a chill freestyle to bring the hour and a half show to a slightly abrupt ending.

And then we waited and waited in Sound Academy's ever-frustrating coat check line. We need the Internet to come up with a solution for that. 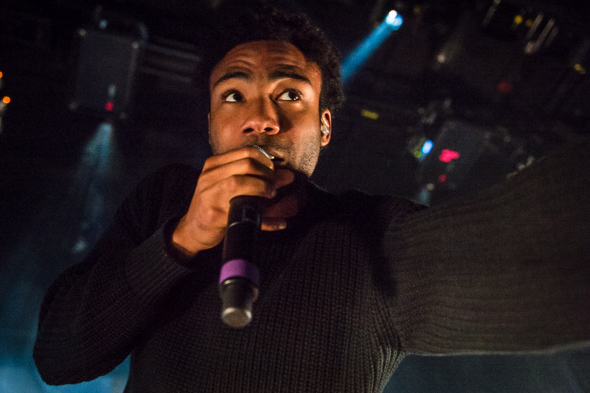