You can't throw a contact mic in Toronto's underground music scene without hitting Inyrdisk, yet Kevin Hainey's prolific and influential record label rarely reaches the mainstream radar. With Wolfcow's new (dangerzone of a) full length This Was Wolfcow, Inyrdisk will mark its 93rd release in a catalogue that runs from free-jazz to harsh noise (and more listenable stuff in between).

As the label nears its 10th year and its 100th disc, even music fans who solidly place microphone feedback as an involuntary phenomenon have to stop and appreciate the contribution the strange and colourful label has made to Toronto's music community. 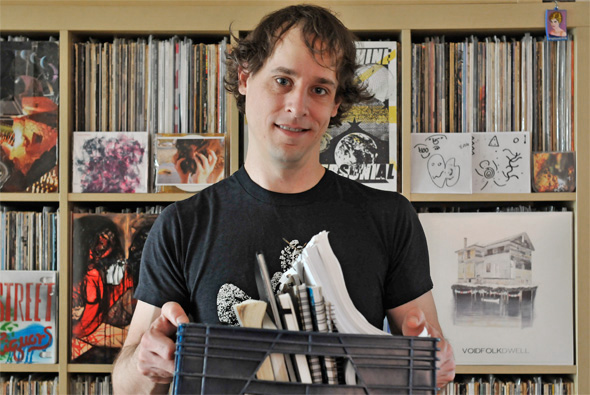 A typical for-the-love endeavor much like Toronto's Pleasance Records or music blog Weird Canada, Inyrdisk was born back in 2005 when Hainey (Disguises, The Pink Noise, Cave Dudes and way more) wanted a release of his solo recordings and figured no one else would do it. His Kapali Carsi disc was quickly followed up by Women in Tragedy's Women in Love, and the catalogue has been expanding at a blistering pace ever since. 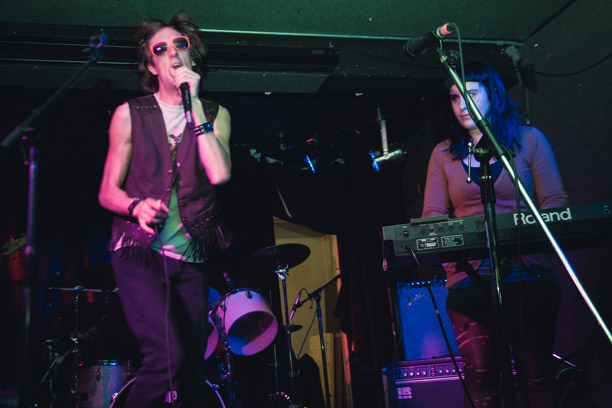 While a ton of Toronto experimental musicians and bands (and Canadian and international artists) have found lodgings on Inyrdisk, maybe none are so represented as Wolfcow, once a solo endeavor of Greydyn Wolfcow, now a band with a fluctuating line up and a maddeningly on point graveyard garage sound, to which lo-fi commander Greydyn brings a little bit of Jad Fair / John Dwyer and a lot of his own weirdness into the mix.

Hainey describes Wolfcow's This Was Wolfcow, available for order as of today but to be released officially in March 2014, as "a prolific artist's defining release," and his enthusiasm for the new disc is infectious -- and justified, going by what I've heard. Fans of Thee Oh Sees or Ty Segall are likely already tapped into Wolfcow, but if you're not, this is your cue. There's talk of a vinyl release for the tracks come summertime. 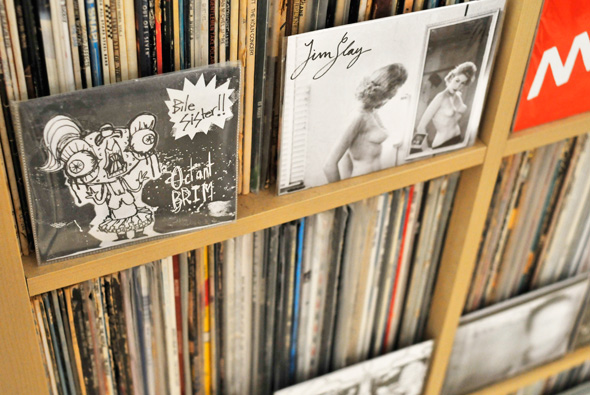 Inyrdisk doesn't do cassette tapes like many limited-run labels -- just discs, aka CDRs and vinyl. While Hainey loves the aesthetic of the CDR and the ease of producing them, he tells me he's often most proud of the vinyl releases he's put out, in part because they take so much more time. He sights a 2013 Pink Noise / Man Made Hill split 7" and a Voidfolk LP as recent notable local vinyl releases.

Currently the label is on a path towards a more vinyl focus, Hainey tells me, and releases will probably become more spaced out to accommodate the costs of production. That 100th release is coming (what will it be? Maybe a compilation like the unforgettable Street Liquors, Inyrdisk's 40th release?) but it may be a ways down the road -- though judging by the obsessive output to date, probably not too far down. 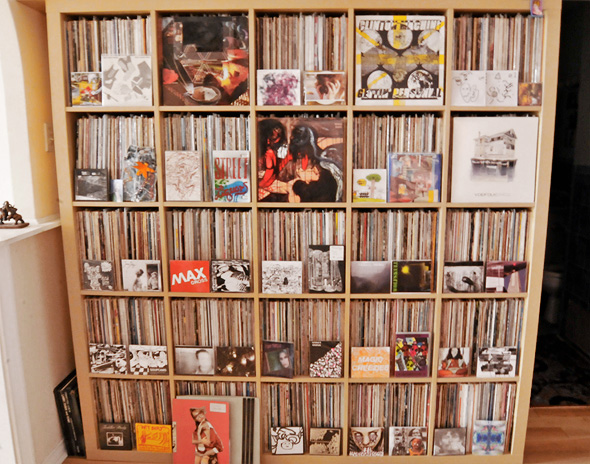 So how is releasing stuff barely any one has heard of sustainable? Again in typical fashion, Inyrdisk runs on the hope that someone wants to hear this music as much as Hainey does. CDRs are stocked at Soundscapes and vinyl at most Toronto record stores, but the label's main market is international: all available releases are for sale online and a dozen different distributors carry Inyrdisk stock, which can go pretty quick as CDRs come in runs of 100 or less, vinyl at about 300 discs. This is the mad world of collectable ephemera, and once you're hooked you're hooked.

Hainey, a novelist who's contributed to Eye Weekly and Exclaim and now writes for Weird Canada, cites labels Beniffer Editions, HP Cycle, Wintage and Pleasence as inspirations and friends, and says he'd love to do more work for bands like Wolfcow, The Soupcans, Andrew Zukerman, and John Milner You're So Boss. Releases are a split between local friends, artists he approaches, and artists who come to the label with music. Polyphasic Studio's Brandon Hocura is often hooked for mastering. 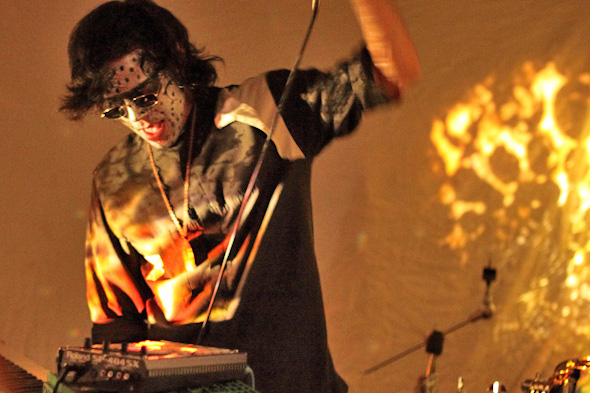 If you want to get lost in the Inyrdisk catalogue, Street Liquors, featuring Pink Noise, Doom Tickler, Toddler Body, Man Made Hill, Matthew Dunn and way more, is a good entry point (free download here). Another method might be to dive in and search the archives for other downloads and streamables, as once something sells out the digital files often become free offerings. 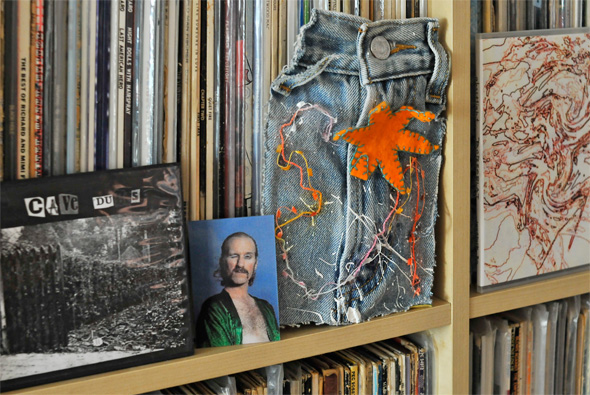 Some wicked releases include Bile Sister's debut, and what was once a Brian Ruryk disc with hand-stitched jackets made from old blue jeans (download Ruryk's sounds of guitar mayhem here), now sold out, naturally. That said, half the joy is in the diverse and eclectic artwork of the releases, all artist selected (the new Wolfcow features a painting by Greydyn's dad), so dropping a few dollars on an available limited edition is the ideal way to go.

While all this might seem like a toil born of an odd dementia, go to any experimental show in Toronto and tap anyone (any of the 20* people in the room!) on the shoulder and ask them about Inyrdisk. While the wilds of lo-fi music aren't for everyone, the wonder at the existence of items like these will always keep me hanging on when things are looking their bleakest. What was that line in The Band that Would be King? Something about clogging up the works.

Man Made Hill photo by Bruce Emberley, Wolfcow by Denise McMullin. Aubrey Jax clogs up the works on Twitter.