The place drum and bass (DnB) music holds in Toronto these days is far from what it was in the 90s. Attempts to legislate the rave scene at the end of the musically-groundbreaking decade effectively curbed warehouse raves, and rave-goers were funnelled into much more conventional venues. The most impassioned DnB lovers will claim that the genre held fast though, and remains the underground musical heart of this city's electronic scene.

There was a time when Toronto was known for one of North America's most intense rave scenes. Warehouses were rented at a moment's notice and big names from overseas would make unannounced appearances alongside hometown favourites. Unfortunately those golden days of unrestricted raving are gone, and to get a taste of the 90s one must find their way to the industrial towns of Europe. With Toronto now heavily dominated by EDM, the term "rave" is being applied to stadium events like Swedish House Mafia at the ACC or Sensation at Rogers Centre.

Yet while the venues on this side of the Atlantic have changed, the underground is still going strong: Toronto Jungle, a website dedicated to maintaining the roots of electronic music, is celebrating their 15 year anniversary. Along with Sonorous and Groundspace, they're throwing a huge bash at Guvernment, importing big names like Calyx & Teebee and Dillinja from the UK. Locals will recognize Rene Lavice, one of the biggest names to ever come out of TO's DnB crowd.

I chatted with Toronto's guru of everything DnB, Marcus Sills a.k.a. DJ Marcus Visionary, to learn a bit more about him and to get his opinion on the state of Toronto's scene leading up to the big event. 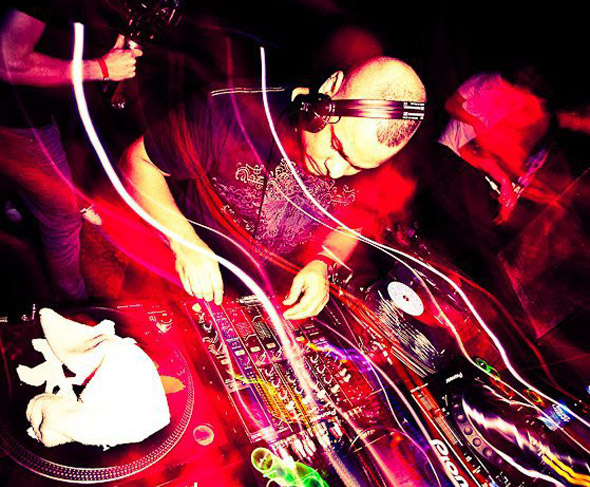 What was the first DnB show you ever saw?

To be completely honest I can't remember the very first rave style event I attended. I know that it must have been in 1991, as I was attending warehouse parties before that. Many of the early shows I attended were at 318 Richmond, otherwise known as 23 Hop. Sykosis Productions used to throw many of those. There were also Factory Tuesdays, which were all ages.

What is your best memory from the 90s rave days?

Attending a Chemistry rave and seeing Dr. No sporting a silver suit as he played. At the time Dr. No was by far my biggest influence. He's most definitely a pioneer of the Toronto rave scene.

Who is a great DnB artist on the scene right now that many people might not have heard of?

Artifice is one of the most talented upcoming producers coming out of Toronto at the moment. You can check out his releases on our label Inner City Dance, which are available worldwide via all major outlets - Juno, Beatport, iTunes, etc.

What is your favourite all-time Toronto DnB release?

Favourite Toronto DnB release would have to be Headlock by Rene Lavice. I still play it in my sets today.

The introduction of legislation limiting raves in the early 2000s had a pretty heavy effect on the DnB scene in Toronto. What would you say has changed about DnB in Toronto over the years?

The rave legislation pushed all of the events into nightclubs with a 19+ policy. For the first 10 years it was all good as many of the ravers were turning 19. The scene in the last three years has become much smaller because it's an aging market without the younger generation being exposed to it. There are a few new companies trying to push the all ages events. Let's hope they can succeed because the younger generation is the one that will continue pushing the music. Watch out for DnB Federation at the Opera House on Sun. Feb 16th (all ages). 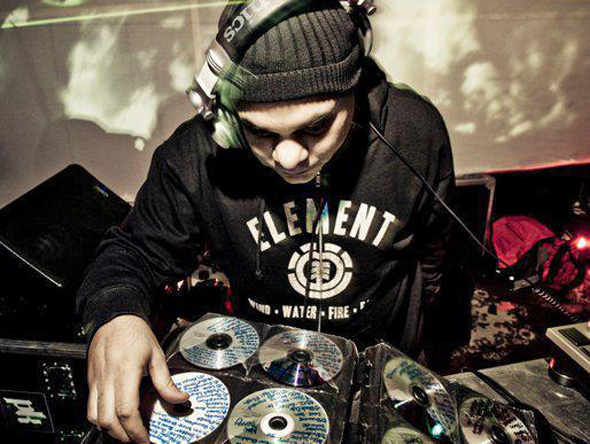 If you aren't listening to DnB, what's in your headphones?

I listen to so much music. Everything from reggae, all types of house (garage, afro beat, soulful), soul, funk, blues. Music is my life.

What's your favourite venue to play in Toronto?

The Main Room of the Guvernment. It's the best sound system and the best DJ booth in the city!

What's one thing you'd love to see change about the public attitude towards electronic music?

It's hard to define what the public's general attitude is toward electronic music because there are so many different genres, etc. Electronic music is so much more accessible today. I would say people should keep an open mind and digging deeper is always a positive thing because you never know what you'll find.

If someone came to you and said they wanted to get into DnB, where would you tell them to start?

Making a career in DnB today is much harder since the vinyl industry is so much smaller. Competition is fierce among DJ's. If you want to do it for more than just enjoyment, I think music production is your only way to break into the global scene. If you want to DJ locally for fun then you just need to make a lot of mixes/podcasts and network well within your scene.

What is it about DnB that keeps you coming back?

DnB has an energy about it that you can't find in any other music. There are so many different flavours as well. You just need to dig in and find what you love most about the music. For me it's the mix of styles. Everything from Dub, Ragga, Soul, Jump Up, Dark - there is something there for everyone.

For more on Toronto's DnB scene, check out our previous article on rave photographer Dayv Mattt. Also, be sure to read the in-depth account of how Toronto lost its rave status, by blogger Erika Jarvis.

The Toronto Jungle party is Friday, February 7th at The Guvernment. You can also check in on Marcus Visionary Friday, January 24th at Detour Bar