Holy Ghost! haunt The Hoxton (for a night)

Rather than just sitting around with friends and arguing over imaginary band names, New York's Alex Frankel and Nick Millhiser agreed on one and stuck with it. That name is Holy Ghost! and when they first appeared in 2007 it was during a fierce proliferation of dance music output that even garnered it's own horrible term â blog house. While their sound differed from the electro bangers been pumped out faster than Paranormal Activity films, it was during a time when it only took one song to get the entire internet's attention. Long before Drake had his eye on you, the duo released the single "Hold On." The hype following this greasy slice of synth pop saw the group growinto a full band who released their self titled LP on council of cool label DFA in 2011. 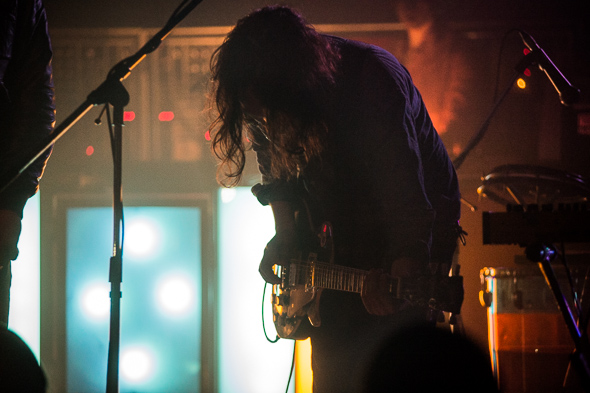 Now that you're all caught up and never have to deal with the social embarrassment of admitting you don't know who Holy Ghost! are, you'll be excited to hear that just like Arcade Fire, they've also decided to release another album. Dynamics traverses familiar territory, expanding on their blend of new wave and disco pop and preventing fans from saying "you've changed." Of course, with a new album comes a new tour and that's exactly what brought the band to the stage at the Hoxton last night. 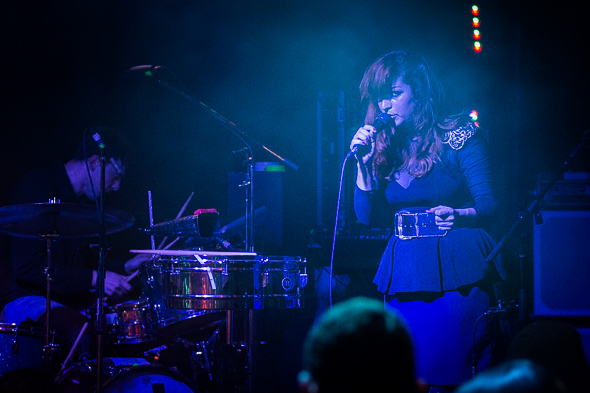 Following an ass spanking set of decidedly un 'nu' disco from fellow New Yorkers Midnight Magic, a vivid array of rubik's looking light boxes illuminated the stage and announced Holy Ghosts! arrival. As the crowd sung along to past hits like the anthemic "Do it Again" and cheered for the kraftwork-esque synth build up on new cut "Okay", it was clear that the band had confidently mastered a headlining tour. Even if frontman Alex Frankel was low on banter, he did take a page out of the 'playing live in Toronto' handbook claiming Toronto was better than Montreal.

The new material translated well live, and a diverse set that made time for non album singles like "It Get's Dark" and "I Will Come Back" resulted in a comprehensive show. After playing the encore game, the group returned to jam the percussive post punk single "Dumb Disco Ideas" before finishing with the melancholy pulse of "Don't Look Down". 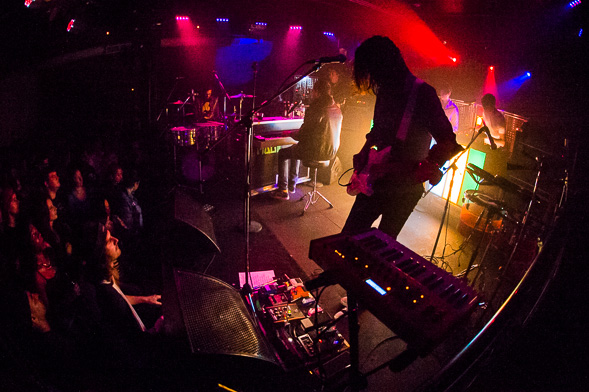 While it would have seemed like a no brainer to play their recent cover of a certain locals version of "Hold On", disappointment is not a word you could justifiably associate with any portion of this show. If Holy Ghosts!'s disco ideas are dumb, then it just gives us all the more reason to dance around like an idiot. 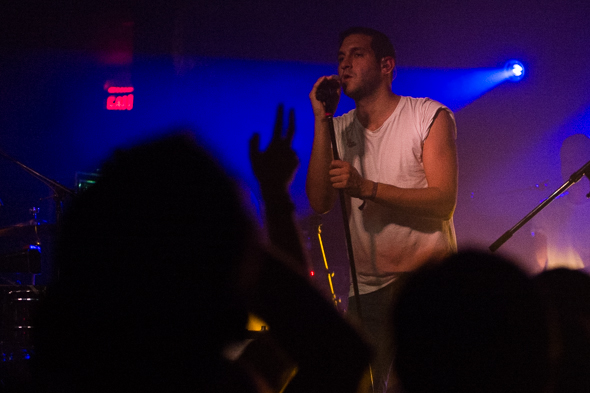 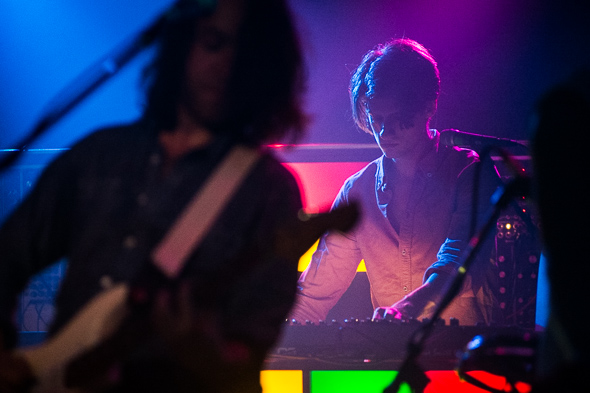 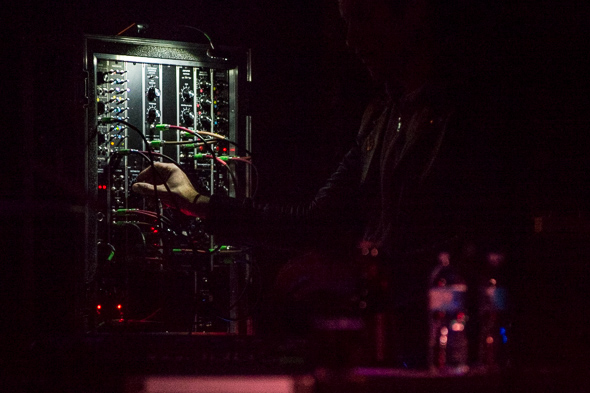 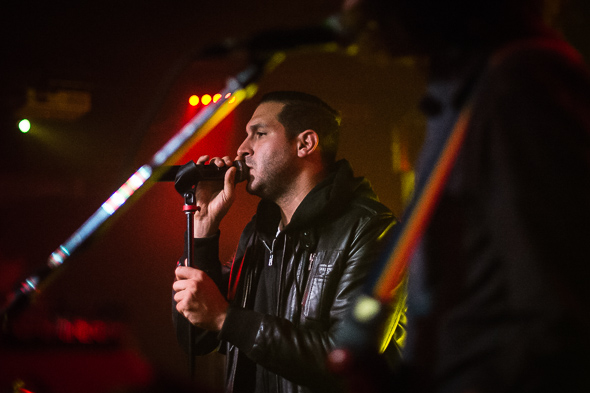