After a week of consistently busting at the seams and sold out shows at some of Toronto's best live venues, the Red Bull Thre3style World Championship touched down at The Kool Haus Saturday night for an all-out DJ Hero-styled battle to determine whose beats reigned supreme. 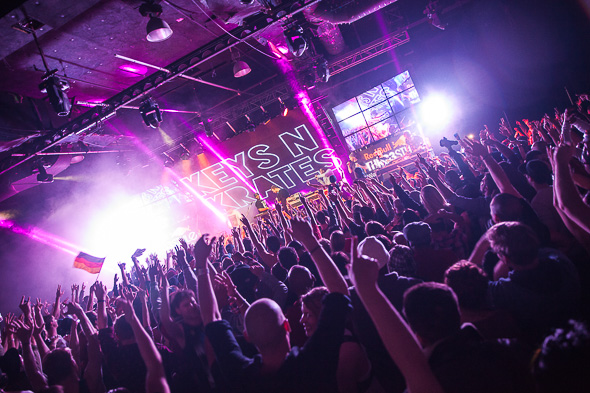 Four crowned finalists from far-flung corners of the world DJ Byte: Chile), DJ Trentino: US, Eskei83: Germany, DJ Marquinhos Espinosa: Brazil) were chosen to compete, along with two extra wild cards (DJ Shintaro: Japan(DJ Bazooka: Switzerland, picked at the esteemed judges discretion. And what judges. The deciding jury that sat within an inner cordoned off podium or "sanctuary" was made up of a top class turntable and hip-hop legends who need little to no introduction like DJ Jazzy Jeff, Canadian cut-master prodigy, Kid Koala, Toronto's Skratch Bastid, Montreal's Grandtheft and Brooklyn's Jubilee.

After six years, it really feels like Thre3style is coming into its own as the global barometer for battle DJ talent and innovation, surpassing the old guard DMC Turntable Championships, founded in the late 80s. While the DMCs are focused on specific tricks and all that you can do with a turntable, Red Bull's tourney allows a generous 15 minutes of mad scientist-caliber experimentation incorporating tools, software, keyboards, props (shout out to Brazil for the hand drum) focusing loosely on three genres of music. 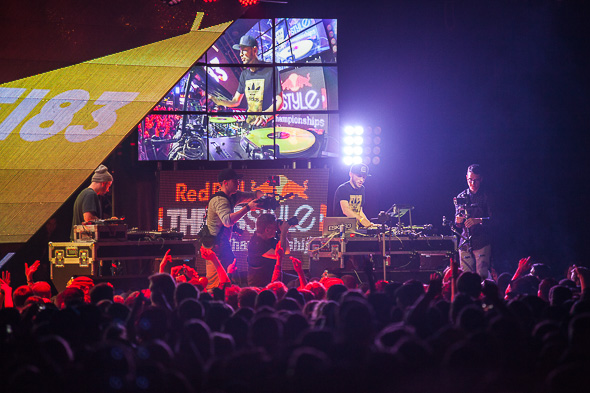 After six intense back-to-back battle segments peppered with pithy commentary from the week's MCs, DJ "I see what you did there" Flipout and Rap City's T-RexXx, Japan's unexpected underdog DJ Shintaro was crowned victorious for his prowess but also creativity and 8-bit tributes like his opening Tetris theme remix, and an extended Super Mario Brothers theme scratch routine. Stunned and beside himself, the 24 year old mustered a polite "thank you" before getting over the shock and taking a hearty swig of champagne (or was it Red Bull?) loaded trophy as he was presented with a turntable plaque, a copper-plated championship Rane 62 mixer, thousand dollar Sennheiser headphones, and a cash prize of $25,000. 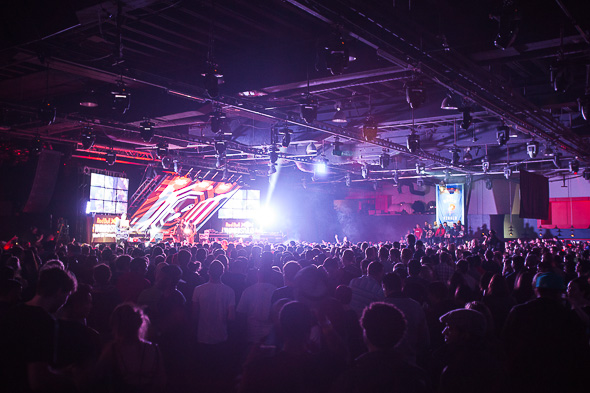 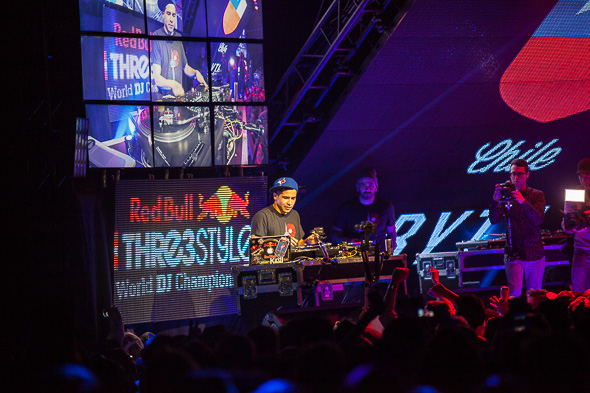 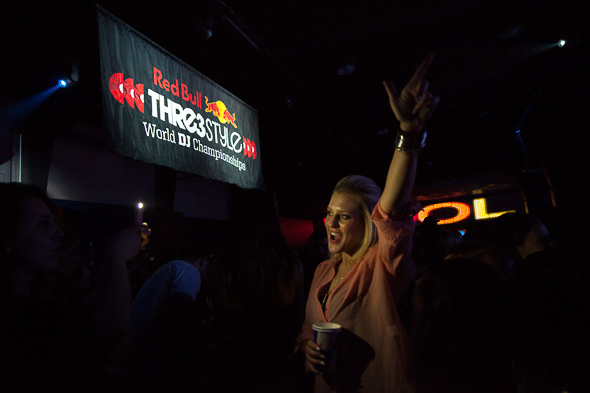