New Jersey rockers Bon Jovi rolled into the Air Canada Centre this week for a second time this year, confirming that the band knows a fertile market when it sees one. They easily sold out the ACC twice this week. In the case of Bon Jovi‚ Toronto fans know what they like, and they gladly pay to get it, from $56 tickets in the 300s to VIP packages costing thousands of dollars. 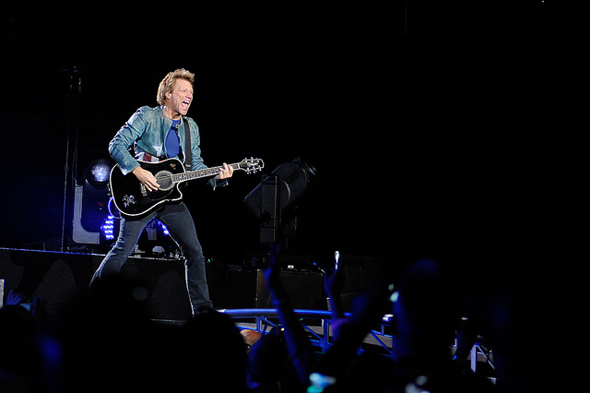 The band's proven success probably has a lot to do with why the ACC chose to inaugurate their new Hall of Fame by inducting Bon Jovi, granting them a plaque in the main entry hall and hoisting a banner in the rafters along with all those retired Maple Leaf jerseys and historic Stanley Cup wins. Bon Jovi has sold out 17 shows at the Air Canada Centre, more than any other band that has played there. Some have commented that it might have been better to induct a local or at least a Canadian band first (RUSH, perhaps? Or the Hip?)‚ but it seems this was preordained. Not only do Bon Jovi prove a bankable booking for the venue, but Maple Leaf Sports and Entertainment's new CEO is the former head of AEG, the company that manages Bon Jovi. Read into that what you will. 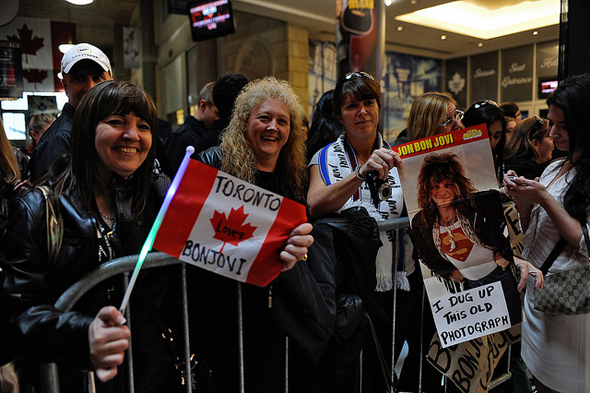 All that being said, there's no denying Bon Jovi puts on a great show. And there's a Canadian connection. Back in 2011, the band's longtime lead guitarist Richie Sambora checked himself into rehab in the middle of their last tour. Frontman Jon Bon Jovi, never one to let down the fans, turned to the incredibly talented (and Toronto native) Phil Xenidis, better known as Phil X, to take Richie's place for what would be 13 dates on the North American leg of the tour. For the current Because We Can tour, Phil was called up once again. 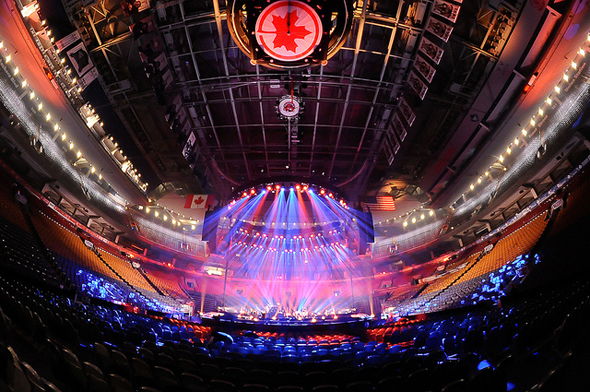 Toronto rock fans will recognize Phil X as a master guitarist with a long history in this city's music scene. Starting out in the 1980's, Phil played in a number of hair bands (let's be fair, though, everyone had big hair back then) and toured the US with a band opening for Aldo Nova until he was tapped to replace Rik Emmett as the lead guitarist of Triumph. It was around this time that he could be found playing jam sessions every week with a who's who of the Toronto scene, demonstrating his incredible chops to ever increasing crowds. I first met him during this time and the Wednesday night jam at The Artful Dodger became my weekly regular. 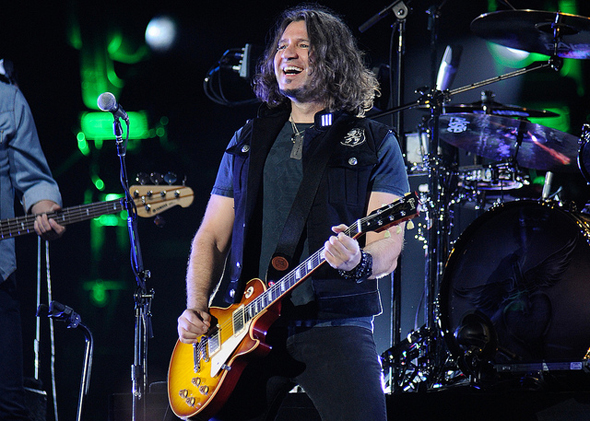 Phil eventually left Triumph and moved to L.A. to seek his fortune, making a name for himself as a session guitarist for the likes of Tommy Lee, Avril Lavigne and Rob Zombie, and logging appearances on the Tonight Show with Jay Leno and later Ellen. He formed his own band, Powder, with his partner Ninette Terhart and took the LA Scene by storm — their gigs (a combination of rock and performance art) at the Whisky A-Go-Go were epic and always popular. Phil and Ninette parted ways and Phil started another band, The Drills, and he still performs with them when not touring with JBJ. 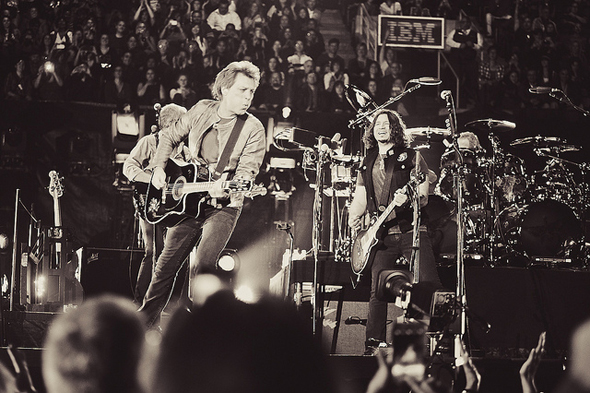 Phil wasn't the only Ontario connection on stage on Saturday's show at the ACC — he played with a Kara Shred guitar. Kara Shred was a young Mississauga graphic artist and guitarist who had a custom guitar made using her own design work. She passed away in mid-September, and her father Larry has made her guitar available to be played by others to preserve the legacy of Kara's creative spirit. When Phil X heard through the grapevine that the guitar was available, he asked to play the guitar during one of the Toronto Bon Jovi concerts — and did so for "Wanted Dead or Alive" in Saturday's show. 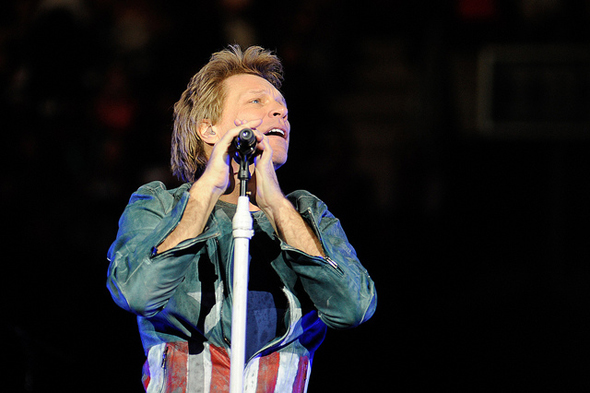 Reading the flood of comments after the Toronto shows on Friday and Saturday, it's clear the audience had a lot of Phil X fans in it — and if some in the Bon Jovi fanbase are still unsure about whether to accept Phil X as a replacement for Richie Sambora, he is slowly but surely winning them over. Richie and Bon Jovi appear to have parted ways indefinitely, so it looks like Phil X will be doing his thing for some time. The band finishes up the North American leg soon, then it's off to Asia and Australia. This is exactly what Phil X was meant to be doing, playing to huge rooms filled with thousands of fans. It's a rock & roll musician's dream and he's living it.