A self-proclaimed "bomb in a china shop," Tasha the Amazon is quickly becoming one the most well-known names in the local hip-hop scene. The German-Jamaican rapper/producer has become notorious for outrageous stage antics and, at times, whacked-out lyrics, but by no means do they define her - it's her lyricism and unique delivery that set her apart from others in the game.

In her young career, Tasha has already shared the bill with legends such as Ghostface Killah, The Roots, and Raekwon, and collaborated with producers including Che Vicious and DJ Green Lantern. This past Tuesday, she released her first full-length FiDiYootDem, produced by herself and partner Danthrax (known together as Bass & Bakery). 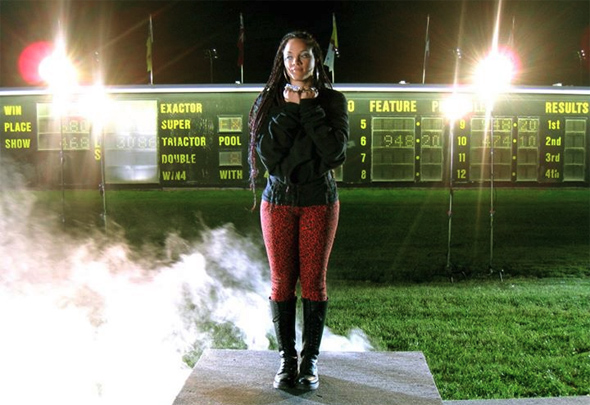 Quite frankly Tasha has a sound that can't really be compared to any one artist, so I'm not even going to try. Lyrically, she can spit lyrics that run the gamut of topics that you'll hear in rap music, from partying and drugs to more socially relevant topics. No matter what she's rhyming about, you'll feel her fire and passion in her delivery.

Beats-wise, prepare yourself for minimalist, dark, and perfectly suited to her unorthodox technique. It's pretty grimy stuff, to be sure, and while not for everyone, it's hard not to be impressed by the near-flawless pairing of rhymes and production.

You can check Tasha out live as early as tonight, when she hits the stage The Rap Party at Parts & Labour. And if you're interested in listening to FiDiYootDem in its entirety, slide on over to Audiomack, where you can stream the whole damn thing. It's worth your time, and then some.