Scottish band Simple Minds proved they are still very much alive and kicking on Tuesday night as they busted out the hits to a sold-out crowd at Massey Hall. Lead singer Jim Kerr worked the stage in a dapper black outfit, punctuated by a bright pink scarf, and many sing-alongs ensued. 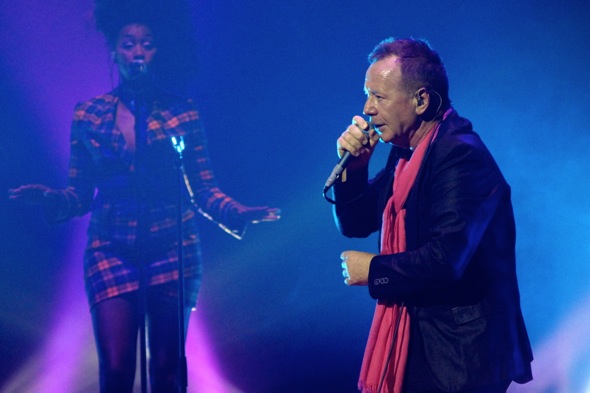 Simple Minds are best known for their 1985 hit Don't You (Forget About Me), from the John Hughes film The Breakfast Club, a song the band didn't even write themselves. Billy Idol and Brian Ferry were offered the song before Simple Minds agreed to record it. 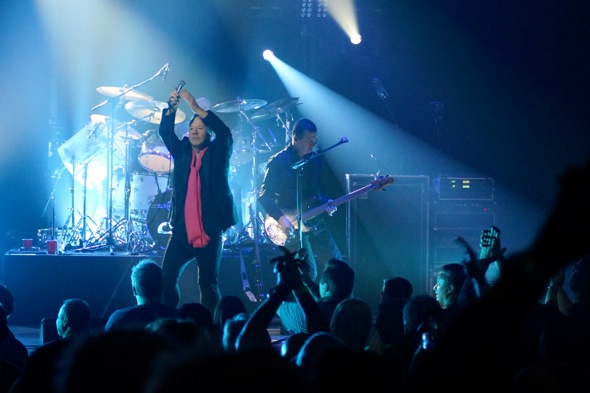 But Simple Minds had plenty other hits throughout their career that kept the crowd on their feet for most of the night. Early on in the show they played Promised You a Miracle from their '82 album "New Gold Dream" and many fans were in '80s nostalgia heaven. 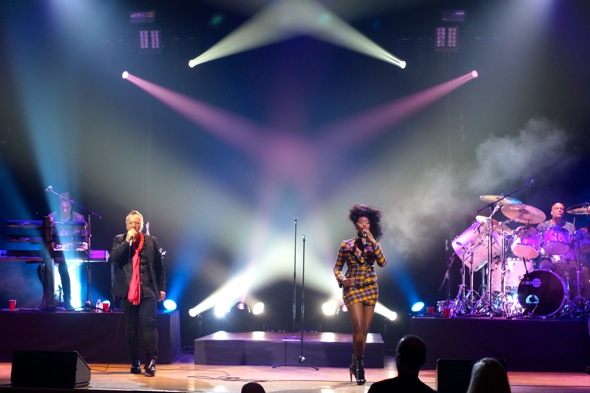 Massey Hall held a special place for Simple Minds. About 29 years ago they sold out back-to-back nights there, helping launch their career in Canada. It had been 11 years since Simple Minds played in Toronto. I saw them at that last gig, at Molson Ampitheatre, co-headlining with a post-Michael Hutchence INXS. While the band has played many stadium shows in their time, this was a much more intimate affair. 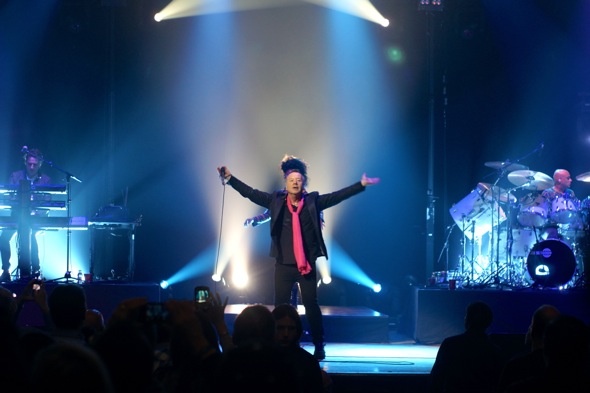 Kerr was animated throughout the set, making good use of the simple, sparse set, engaging the crowd, twirling his mic and genuinely having a blast on stage. His energy was infectious and the crowd ate it up. He thanked the audience many times throughout the night for making their return to Massey Hall so welcoming. "Can we play here every night?" Kerr asked at one point. 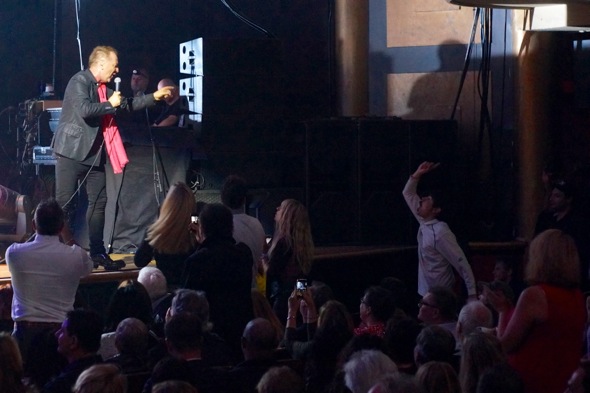 The hits poured on, including "Love Song," "Sanctify Yourself," "New Gold Dream (81-82-83-84)" and "Waterfront." During Alive and Kicking, a woman somehow made it onto the stage and grabbed onto Kerr's waist as he sung. He didn't seem to object, but security was pretty swift in wresting her from his side and allowing her back into the audience. 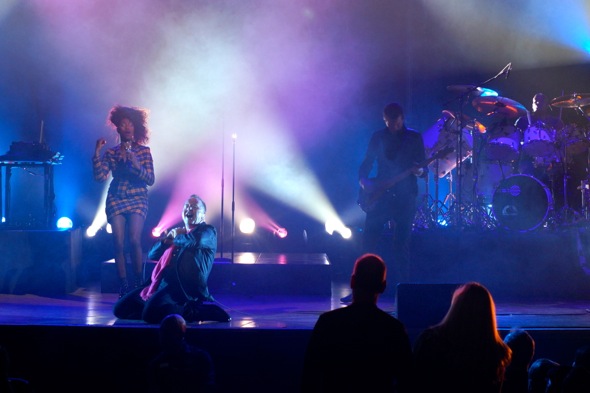 Simple Minds released a greatest hits album earlier this year with two new songs on it. And there's likely a new album in the works soon. Let's hope they come back soon.