Nine Inch Nails returned to Toronto Friday night for a light show extravaganza at the Air Canada Centre. The last time I saw Trent Reznor was just over four years ago when Nine Inch Nails toured with Jane's Addiction. 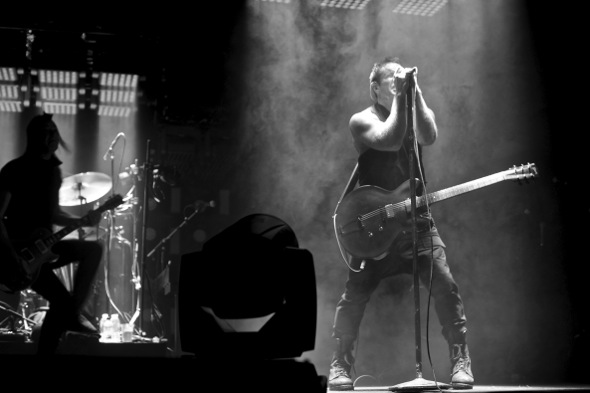 The set kicked off with "Copy of A" off Nine Inch Nails' newest album, Hesitation Marks. And, a few songs later, "Terrible Lie" had many in the crowd dancing along, myself included. 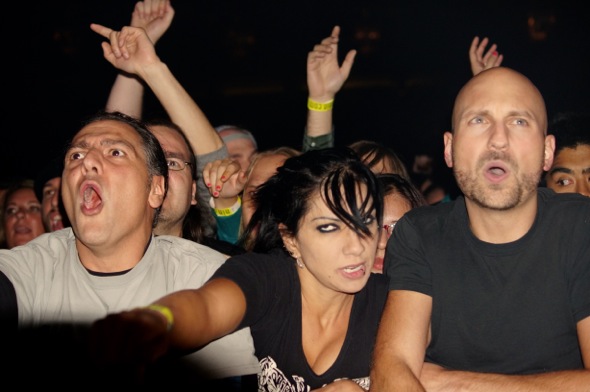 Shortly thereafter, a fence-like structure was lowered onto the stage that at first looked like a barrier between the band and its fans. But a few songs in, some complex lighting system projected an image of a huge rotating cube, making the band appear trapped inside, bathed in smoke and their own beautiful cacophony. 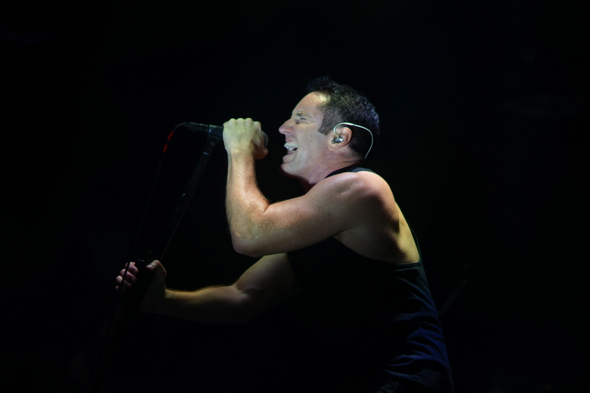 NiN was largely reliant on a whiz-bang light show to sustain the attention span of its audience through the 2-hour show. Which is fine, considering it's a stadium show and all. But the charm wore off pretty quick and I was left waiting to hear more familiar tunes from the Pretty Hate Machine and Downward Spiral era. 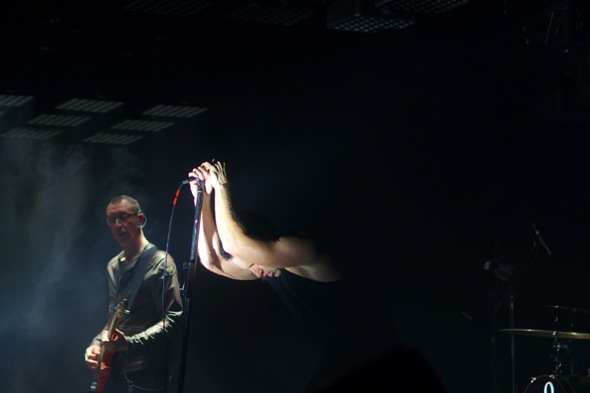 I can understand why Reznor and his band didn't want to create a Downward Spiral to hell. But this was not the setlist I'd hoped for.

It was nice, however, to hear a couple of soulful female backup singers add a little flare to Nine Inch Nails' songs. And the band featured a tight rhythm section, bolstered by Pino Palladino on bass and a drummer — Ilan Rubin — that would give The Muppets' Animal a run for his money. 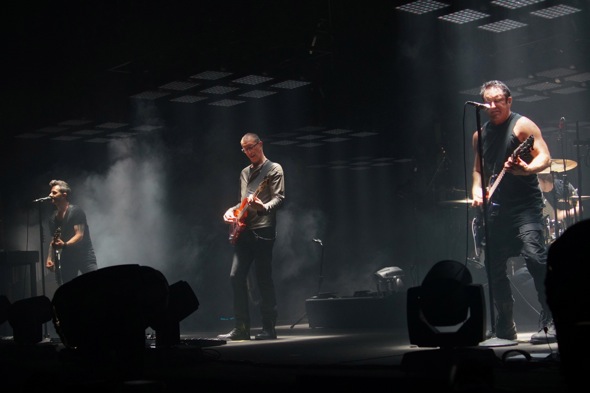 When "Head Like A Hole" came on to close the set, blinding streams of light shot out from the stage in every direction, as if to signify a grande finale. I had to look away to preserve what parts of my retinas I had left after watching the seizure-inducing light show for the better part of the night — though it was pretty cool to see a massive NiN logo above the stage at the song's end.

The show ended with "Hurt," which began with a dark stage, save for lights on just the two guitars, bass and Reznor. A scrim came up as the drums kicked in, revealing the rest of the band. 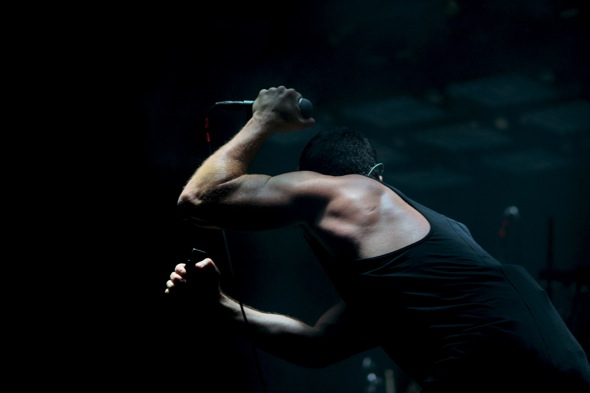 A projected black-and-white video montage on the back of the stage was something of a confusing counter-narrative to the song's lyrics, which were dutifully sung along to by many adoring fans. And when it was all over, the crowd was left awash in more bright lights.