It's been a long year for Devon Welsh and Matthew Otto, better known in tandem as Montreal-based "music project" Majical Cloudz. In that time they've released a record (Impersonator) that has garnered the duo international attention and a spot on the esteemed Matador Records roster, and as the logical progression of events for supporting such an acclaimed new release goes, Welsh and Otto hit the road. Hard.

Tuesday night at Wrongbar saw them touch down in Toronto to conclude this round of touring with a show that proved the duo's time spent on the road wasn't for naught, as they set about transforming the emotive, low-key electro-pop of Impersonator into semi-rousing sing-and-almost-dancealongs (at least in the case of set highlight "Mister"). Whereas the studio incarnation of Welsh and Otto's project may at times come off as overly serious, a moment with Majical Cloudz in a live setting reveals their startling intimacy to be a boon to their direct method of performance. 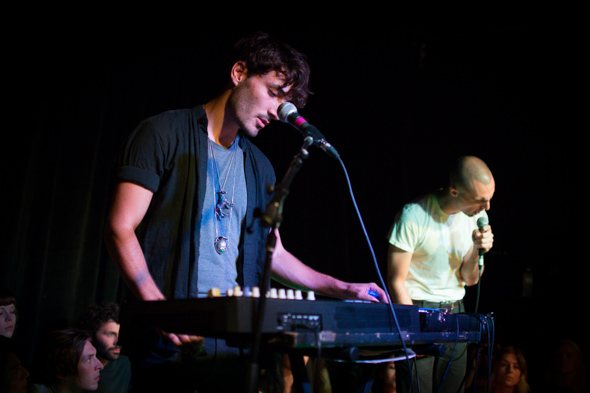 Before they produced any sounds from their skeletal setup (a single mic sans stand for Welsh, and a keyboard/sampler for Otto), Welsh took the time to explain to the crowd that it could just be any other show for each audience member, but that it was the conclusion of a particularly lengthy and by turns trying tour for the band. Welsh's confessional banter would be a motif reprised the whole 70-minute set through, as would the warm vibes returned to the stage by the reverent crowd.

Taking the opportunity to point out all of the faces he recognized in the crowd (referring to friends in the audience by not only their actual names but also addressing others colloquially with a slight variation on "hey, I spoke with you earlier"), any pretensions were further removed by Welsh's invitation to the crowd to come up onstage after the third song. Roughly 30 obliged, forming a circle around the band to allow an impromptu in-the-round performance for the rest of the set. 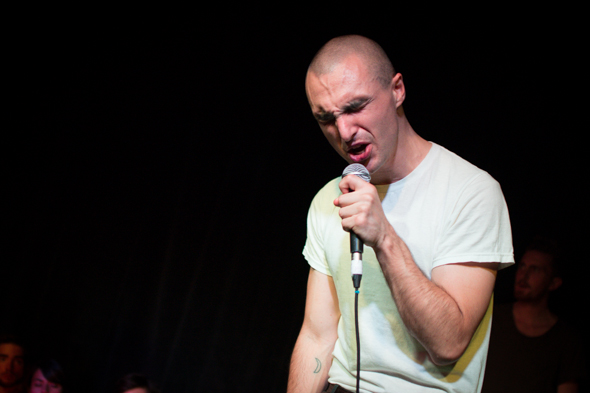 While the textures on Impersonator may be intentionally sparse, they accentuate and support Welsh's sonorous voice. The rich and uninterrupted transmission of his mortality-threaded lyrics seems to be the band's MO, and make no mistake, Welsh can certainly belt it just as well live as he can on record. Otto provided the backing sample or keys to serve as each song's groundwork, but even as he introduced ambient elements or added discord to the performance, he did so unobtrusively.

An immersive take on the meta "I Do Sing for You" was dedicated to Otto and prefaced with a hug between the musicians, underlining the camaraderie present between the two, while the show-closing "Bugs Don't Buzz" proved how effective the band can be with the spare tools of a looped piano sample and a stunning vocal (nowhere near the "weak and papery" description Welsh attributed to illness earlier this week in Boston). 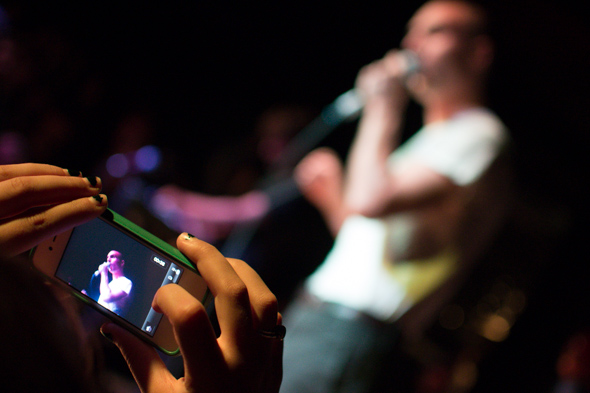 Welsh possesses an elusive skill in being able to break down the performer/spectator barrier almost entirely. He does this with his striking voice and frank, intimate lyrics on record (a la Mark Kozelek), but live he accomplishes the rare feat of turning his sincerity and conviction into the very performance itself (almost the antithesis of Kozelek's standoffish demeanour). The songs of Impersonator lose none of their tunefulness but become more nuanced in live airing, approaching equal parts confrontation and catharsis in the inherently jarring transaction between performer and audience. It may not have been a homecoming for the band, but it sure felt like one.