Shotgun Jimmie is a pretty happy guy these days. The singer/songwriter has been touring steadily since the March release of his 4th LP, Everything, Everything, and his outlook as of late is just as relaxed and content as his music would suggest. His most recent record finds Jimmie in songwriting marvel mode, with 16 fully realized songs breezing by in a mere 39 minutes.

Despite a whirlwind touring and recording schedule, Jimmie took the time to answer some questions we had for him on influences, Polaris Prize underdogs, and the greatness of Kelowna rock heroes Ladyhawk. You can catch Jimmie this Saturday at 6:00 as part of the final edition of Wavelength's ALL CAPS! festival on the island — it'll be one for the ages.

Who is Shotgun Jimmie, and what drives you do what you do?

I'm Shotgun Jimmie, and as I write this Cole Woods (who plays drums with me) is driving me to do what I do. Literally.

What is the origin of your name?

It comes from riding shotgun. I happen to be occupying the shotgun seat as I write this.

The new record, Everything, Everything, is easily your most focused in my eyes. At the same time, it seems like there was a deliberate attempt to make this album a little more collage-like, à la Guided by Voices. How did the writing and recording process differ with this record in comparison to couple albums?

I took a lot more time with this one, and I had a clearer picture of what I wanted it to end up like from the get-go. I was mixing and matching lots of different equipment and techniques. I had been listening to tons of GBV and I'm not surprised that that came across.

There are a lot of geographical landmarks mentioned on the record (Big Sur, Greenland, Sackville, etc). How does travel inspire you?

I love traveling. It keeps things fresh and is good for the brain.

I used to tour so much that I gave up my apartment (nomad). I think anyone who has done that will agree it's not a sustainable way of life.

I now have a home that I very much enjoy (not a nomad).

You were a member of John K. Samson's touring band last year in support of the excellent Provincial. Did that influence your approach to this record at all?

John is a very inspiring guy. He was and is a huge influence.

Is your upcoming round of shows a full band affair, or will it be the ever-ferocious one-man-band approach? If the former, who's playin' with you?

I'm playing all my summer shows with the aforementioned Cole Woods. Cole is a super musician and super human. He plays in a couple Winnipeg bands, Haunter and Cannon Bros. Jay Baird who plays in hundreds of thousands of bands will be joining us at ALL CAPS. Jay is also a super human/musician.

Ladyhawk are mecca gods of the rock and roll shrine. If it ever shines, it shines for them. I feel as if you likely think along similar lines (as evidenced by the song "Ladyhawk" from the new album). Elaborate, if you can, on the greatness you see in the 'hawk.

Ladyhawk are my favourite band. They have all the best songs. Their sum is greater than their parts but their parts are untouchably tops. They are like a well-oiled machine of golden gears.

Standard Polaris question. Who do you think will take it this year, and why?

I think Ladyhawk will win. I know they weren't nominated but I think they will win. No Can Do is the best album of 2012. Either them or Kurt Vile — I know he is an American and also not on the list, but I still think he has a pretty good shot at it.

If you had to interrupt an acceptance speech in order to profusely praise the artist at hand (a la Bizarro World Kanye West), what accolades would you bestow and upon whom?

I might interrupt Kurt Vile when he accepts his Polaris prize. Just to let him know that it's not really fair for him not to win because of his nationality. Then I'd give the Cons a Polaris Prize for each of the albums they made. I'd give Christine Fellows a couple and grab a few myself. 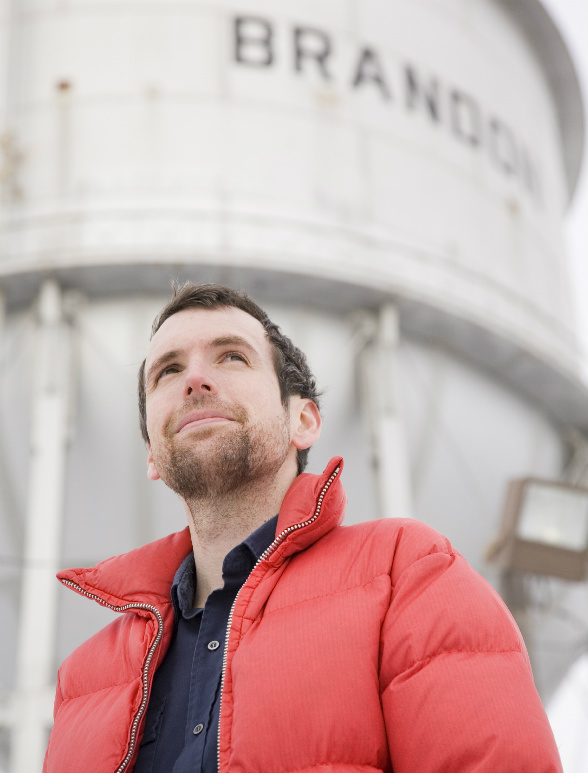