Grove Festival goes down easy, maybe a little too easy

This past Saturday witnessed the arrival of the Grove Festival, our newest day-long fest hosted at Fort York Garrison Common during the darling summer months. Joining the ranks of Riot Fest, Field Trip, Toronto Urban Roots Festival, and the Ontario Model Soldier Society Show, Grove served as a showcase of music for those who demand guitars with their synthesizers.

Please revisit the festival with me, band by band.

Palma Violets
Not being familiar with Palma Violets, I was impressed by their enthusiasm and vigor, especially considering the meagre early attendance (most of the crowd was sitting on promotional cardboard seats). After a few songs I found myself parched after my bike ride and wandered off to find some water. "$3?!" I exclaimed to the vendor, and kept searching for the free water. 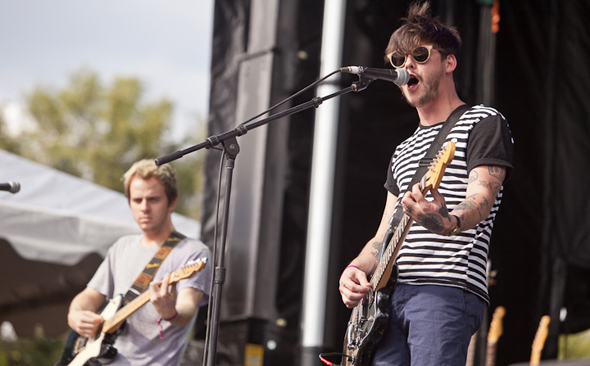 Wavves
Before this set the crowd had grown exponentially in size, seemingly to see these four cool-looking guys who play music that sorta sounds like Weezer. My favourite member was the grizzly dude wearing the cut off tie-dyed t-shirt. He looked like he really knew how to party. Halfway through I wandered off to pay $3 for a water. 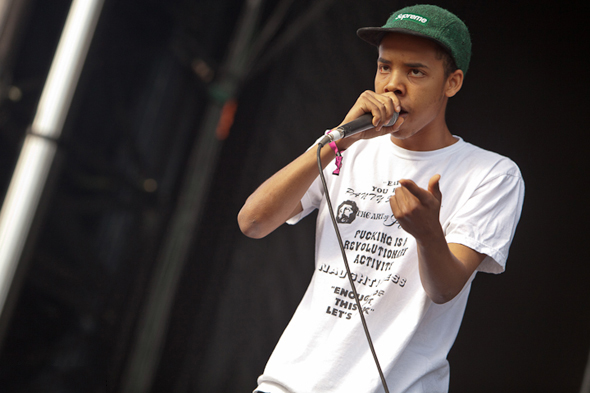 Earl Sweatshirt
In a shining example of the absurdity of these modern times it took twice as long for the crew to set up the D.J.'s laptop then it had taken for Wavves instruments. I am choosing to believe it was due to a Linux driver crash. Odd Future members would totally use Linux just to stick it to everybody. 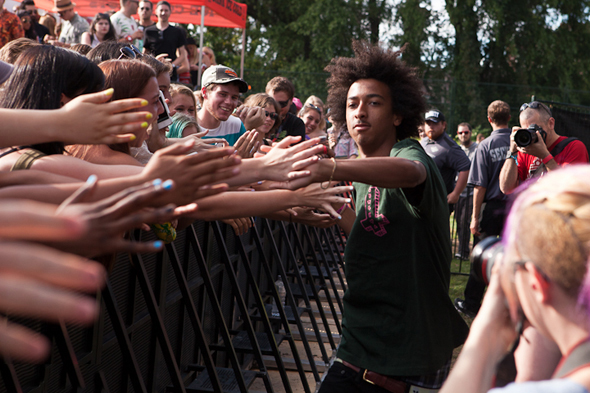 Earl rapped clearly and engaged the audience with a surprisingly inclusive sense of humour. He seemed to particularly delight the young men in the crowd wearing "5-Point Style" baseball caps. 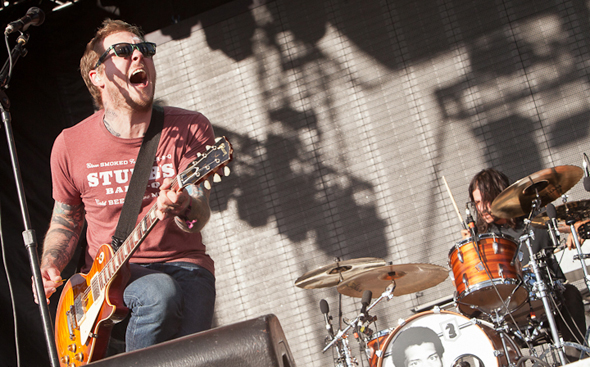 Gaslight Anthem
What a bunch of Hot Dogs! I mean this is in the good way: some rockers should be hot dogs. The bass player was particularly so, and hey, good for him! Clearly the popular part of the night had arrived as I found it not worth the trouble to wander off. 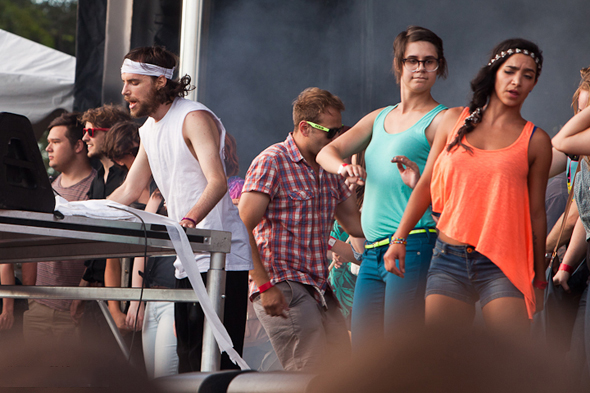 Girl Talk
Girl Talk started his set with a physical burst of energy in the form of stage dancers, confetti guns, mechanical toilet paper un-rollers and, of course, a song I vaguely recognized, played over a song I definitely recognized. It was enough razzle-dazzle that I temporarily forgot the shtick. 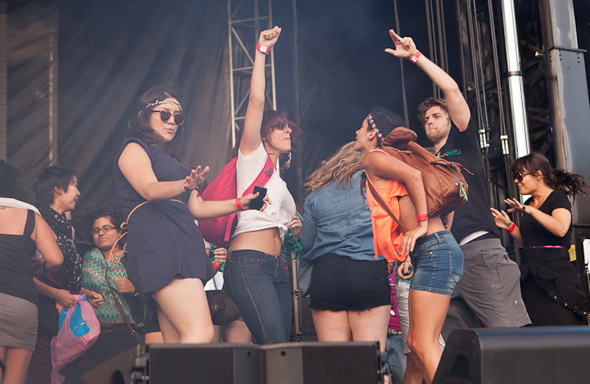 After the first 10 minutes I got bored, wandered off, and won the Pepsi challenge.

Hot Chip
Hot Chip played a groovy set that somehow managed to both relax the crowd and inspired them to dance. However, the word dance is relative as it was very difficult to lift one's arms from one's sides. Luckily I had found a sweet spot where I could actually clap over my head. I clapped quite a bit because it was really good. Also kudos to the programmers for allowing Hot Chip to play with a woman on drums (she might have been the only female on stage for the entire fest)! 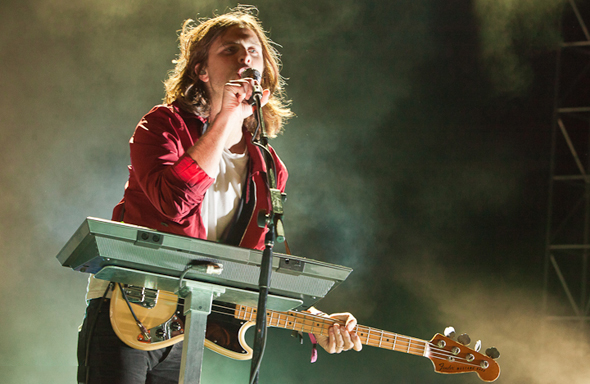 Phoenix
The last bit of dusk dissipated during the set so Phoenix came on just as night had fully set in. This made them the only band of the night with full scale concert lighting. Debuting with "Entertainment," the most popular hit song we had heard yet, the crowd went wild. This mass rush is the reason music festivals exist, despite the crowds, $11 beers, lack of free water, uncomfortable Jagermeister promotions, sun burns...

After the first three songs my friend had to leave, and since my biked was locked to his, I did too. I wandered off for the last time. By the way, when you wander off you can still hear the music, so relax.