Matt Berninger, frontman of The National, gestured at the H&M billboard across Yonge-Dundas Square while introducing a song. "This," he said gravely," is for Beyonce."

On Friday night, as part of NXNE's free concert series, The National played a long set in the packed square. Lit by neon billboards, they opened with "I Should Live In Salt," the lead track from their new album Trouble Will Find Me, and then proceeded to just rip through a well-curated 90-minute set. There was a great balance between old and new tracks, something that the more seasoned fans of the band in the crowd appreciated, I'm sure. 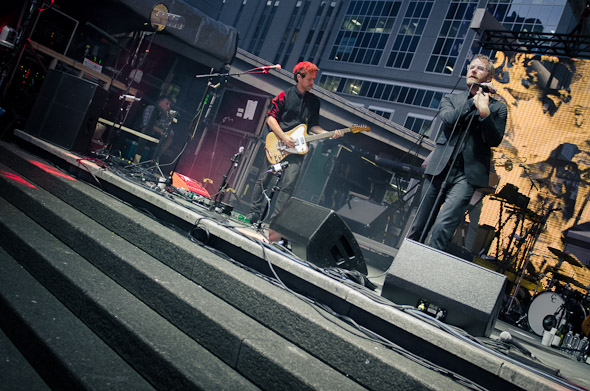 Here're looking at you drunk guy in the Moosehead tent yelling, "Mr. November!" at the top of his lungs at the end of every damn song until they finally played it.

That's one of the best parts about Yonge-Dundas Square as a venue, though — it mixes up the crowd a bit. Rather than being composed entirely of fans of The National — generally bespectacled, bearded, and very, very earnest — the crowd was full of people who had no idea who the band was. 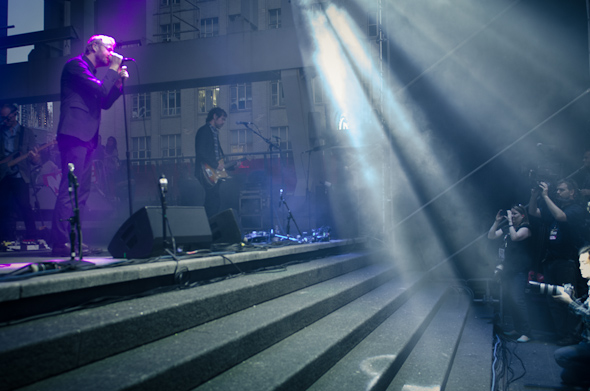 I won't treat you to some of the comments I overheard speculating as to the age, name, quality and relative popularity of the band (we'll have more on that later), but it was probably some of the best music journalism I've ever heard. 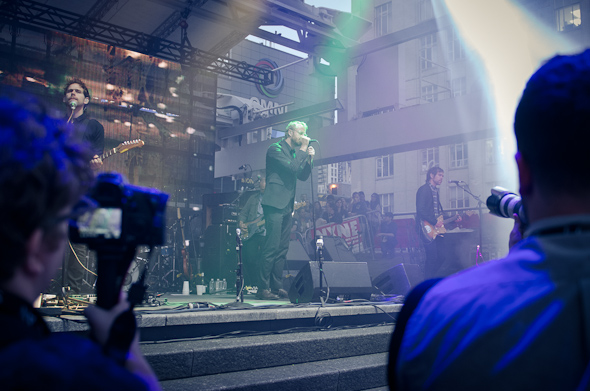 The National closed with an acoustic rendition of "Vanderlyle Crybaby Geeks," killing the lights and leading the audience through a singalong of the lyrics. If you've ever tried to remember more than a few lines of any of their songs, you'll know this was quite a feat. As is most often the case with sing-alongs, the audience kind of faded in and out, with most people loudly following along with the chorus then sort of letting the band carry the verses. 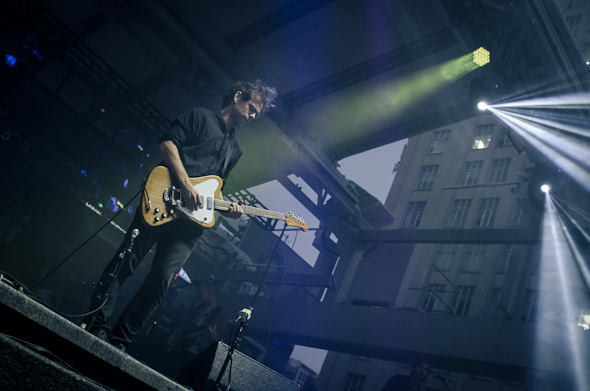 Matt Berninger seemed to be distracted by the glamour of Yonge-Dundas, though. For much of the set, he kept his eyes shut while singing, and made several comments about the models on the H&M billboards. Honestly, I wasn't paying that much attention; Mantracker was on the CityTV screen above their studio, and it was the one with the wrestler guy and... 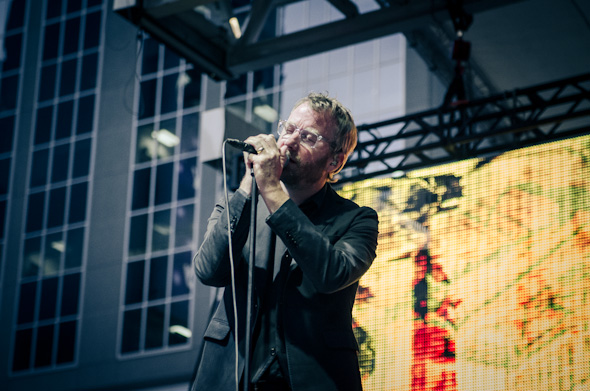 Anyway. North By Northeast is consistently the high point of Toronto's musical year. Having The National headline at Yonge-Dundas will prove to be a hard act for the festival to follow in 2014.