Mates of State host Postal Service reunion at the ACC

10 years after the release of The Postal Service's seminal Give Up, I was able to fufill one of my biggest live music dreams: seeing Mates of State play three times. But they were only the opening band at The Air Canada Centre on Monday and I was there to see The Postal Service, even if it was under the guise of seeing the beloved duo of Kori Gardner and Jason Hammel, the geniuses behind pop masterpieces Like U Crazy, For the Actor, Whiner's Bio, My Only Offer, Palomino, Blue and Gold Print... ah hell let's face it, there's way too many to list. 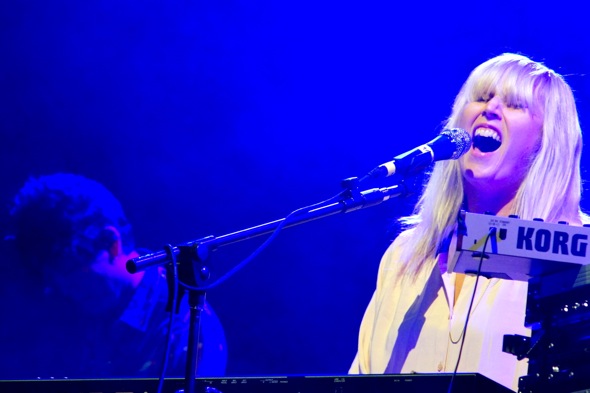 ...Anywho, The Postal Service took the stage after a glorious Mates of State set facing some serious competition. The husband and wife opener managed to untangle the individual realities of the audience into a shared experience bigger than any of us would have been able to experience on our own accord, even if we lived a thousand years. And this was despite some pretty glaring level issues for the first few songs. 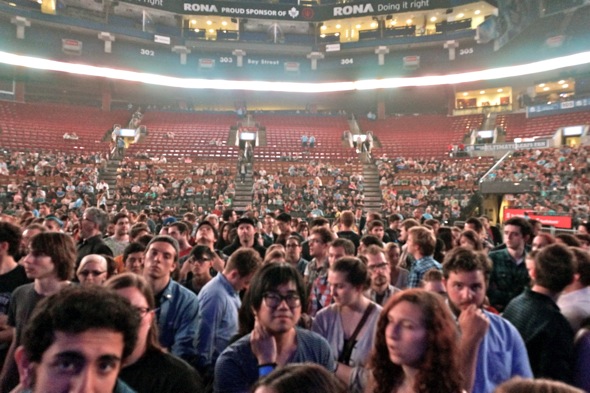 The Postal Service managed to keep its audience, which was not a particularly hard trick seeing they were the headliners. Ben Gibbard did spirited karaoke while riffing on his axe and even drums for some reason. Meanwhile producer Jimmy Tamborello did something with his laptop computers. The two were backed up by scene stealing Jenny Lewis (of Rilo Kiley and solo fame) on guitar and Laura Burhenn (of The Mynabirds) on drum pad and synth. I admired their efforts to bring a little live music to the set but there was enough noodling that they could have been called "The Pasta Service" â AM I RIGHT?

Although I will say that Lewis' guitar solo gave me a level seven boner chills. 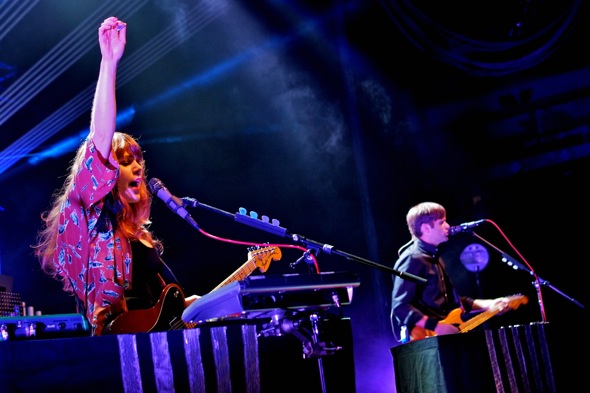 It was certainly a nostalgic night. Fans sung along with hands held as their eyes glittered with recollection. I couldn't help taking a stroll down memory lane myself. Thinking about all the times that Mates of State blend of romanticism and stark emotional reality underscored important moments of my life... about the previous two Mates of States shows... even about all the laughs I got off Kori's parenting blog Band on the Diaper Run. 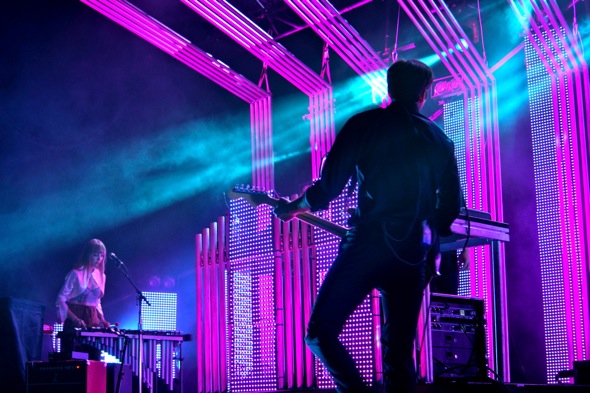 I had to sigh several times, which is hard to do when you are singing along to The Re-Arranger.

All in all, the crowd got its money's worth. Then the Postal Service went on and it was an excellent bonus. 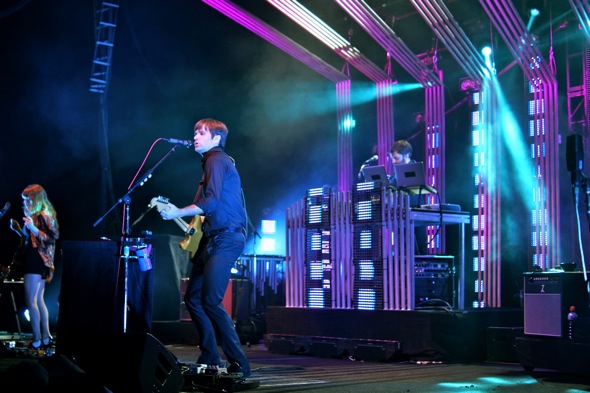 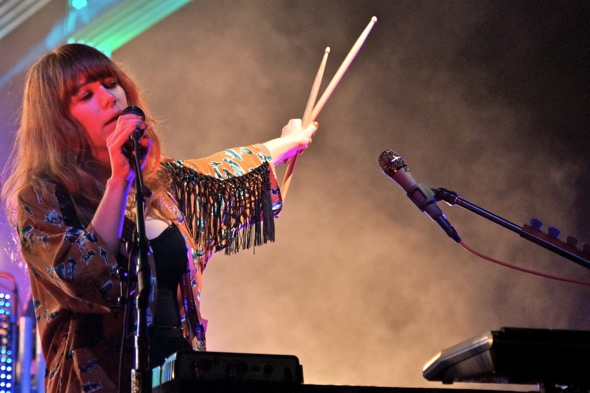 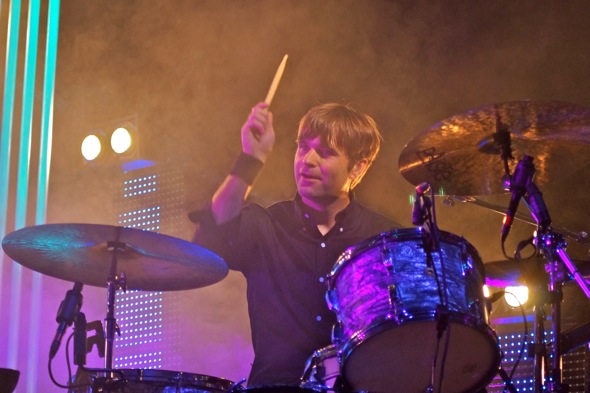 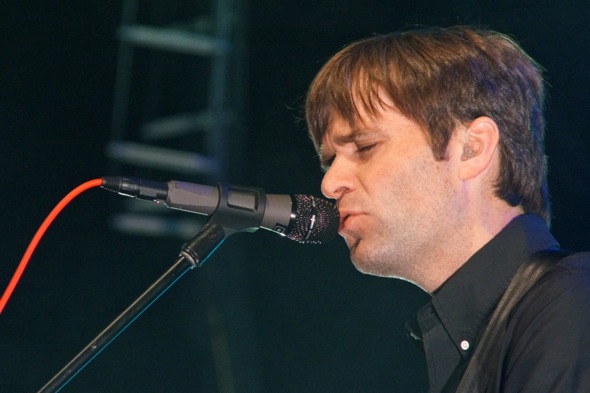 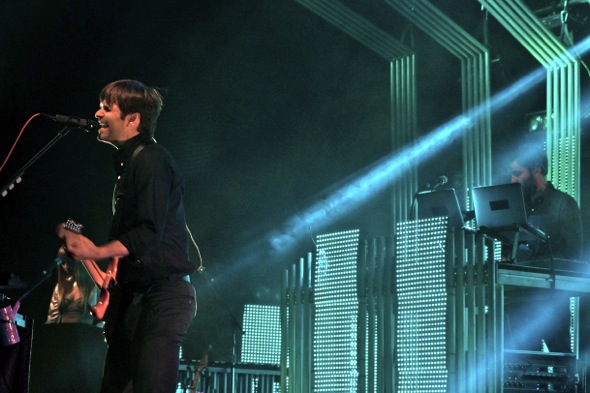 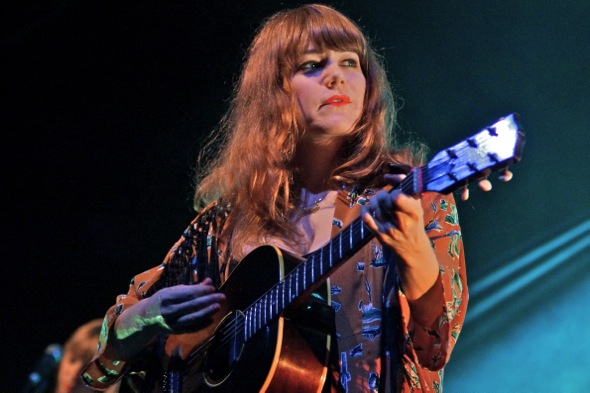