Titus Andronicus stir up a frenzy at Lee's Palace

Patrick Stickles, lead singer of Titus Andronicus, screamed "I'm going insane" over and over to close out the song. The crowd was going nuts and a crazed fan was being crowdsurfed across the little pit at Lee's Palace. As I watched, the fan got surfed a little too close to Stickles and locked his arms locked the singer's slender shoulders. He started pulling him down into the crowd. 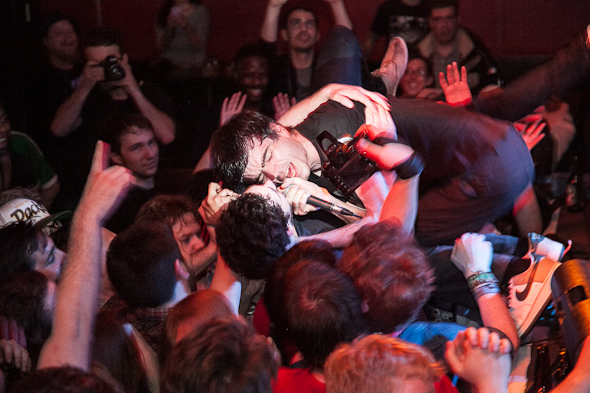 Without missing a line, Stickles finished the song--screaming "I'm going insane" over and over and over right into the crowdsurfer's face--and then managed to extricate himself from the fan's grip.
Standing at the edge of the stage, he mopped his sweaty face with a towel and murmured, "Rock and roll shit, man" into the mic. Then they launched into the next song. 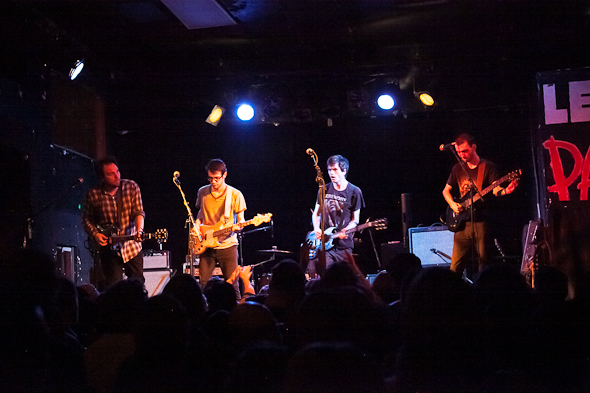 And so it goes with Titus Andronicus. Touring now on the backs of two critically acclaimed records, 2010's The Monitor and 2012's Local Business, this tour finds them playing rooms filled with die-hard fans, and I think they're still a little dazzled by it. Their sound is dynamite — if not Big Audio Dynamite (little Clash humor there).

With gritty, throat-wrecking punk giving way to an anthemic (dare we say, Springsteenesque?) grandstanding rock and roll sound repeatedly through each song, Titus Andronicus have made a career pitching their fans back and forth between those two extremes. This is what makes them one of the most interesting modern rock bands around — though their influences can seem disparate at times, everything they do is grounded in a sort of plain-spoken aesthetic that connects them with their audience in a powerful fashion. 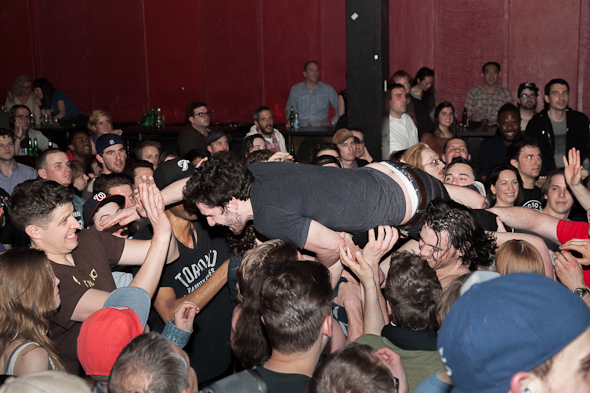 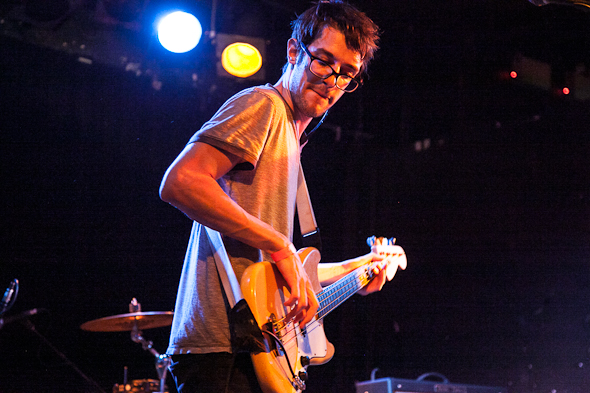 Despite the club not being full, the audience (die-hard fans, as far as I could tell) jumped around in the pit and chanted various things throughout the night, showing an energy the band drew on and returned in more furious moments later on in the set. 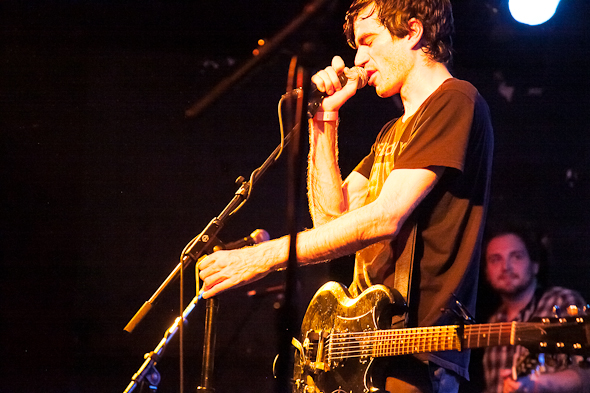 Before launching into "Four Score And Seven" from 2010's The Monitor, Stickles (the singer, remember?) had to ask the audience to quiet down.

"Okay, stop chanting; I've got to get sensitive and quiet up here," he quipped, and the crowd complied, even though they obviously wanted to be rowdy. 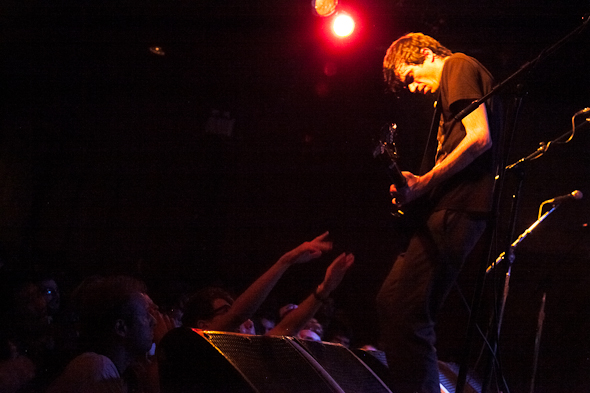 The band's drummer came up to sing the Guided-By-Voices-esque B-side to their Record Store Day release, "The Dog," but for me the high point of the night was an incredibly intense cover of Neil Young's "Powderfinger." With a long, extended preamble about playing a "certain Canadian artist" that involved the audience getting tense as they yelled out unsolicited guesses--"Summer of '69!"--when they finally kicked into the tune, it was almost cathartic. 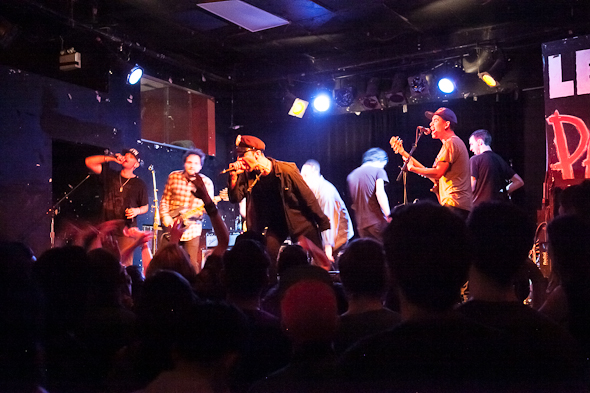 The night was opened by Toronto indie punks PUP as well as longtime Andronicus tour mates The So So Glos, who played a furious set of tunes from their new record Blowout which was released on April 23rd. Fresh off of playing David Letterman last night, The So So Glos had enough buzz to get most of the crowd out early. 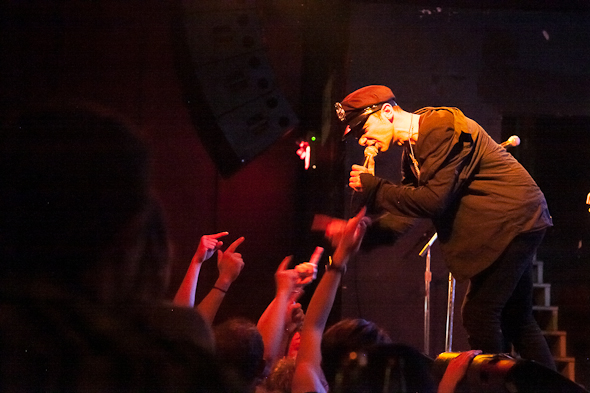 Titus Andronicus and The So So Glos continue their tour having wrapped up their Canadian leg, back down through the States and then to Europe in the summer. If you're interested, though, Titus released a great Record Store Day single you may still be able to find called--aptly--Record Store Day. And be sure to check out Titus' video for "In A Big City" below: