A couple months back the Dovercourt EP dropped amidst an exciting time in Toronto for electronic music. All of the Toronto-based DJs on this compilation played in their home city within a month, sometimes back to back, as did the 3024 label boss himself, early-dubstep-but-now-more-techno Dutch vet Martyn.

What's more, they all played as a part of the Foundry music series at what is arguably Toronto's best new concert space, Blk Box, located at the foot of the road that informs the EP's title: Dovercourt. In that sense, this release makes for an interesting historical artifact that captures the spirit of a corner of Toronto's techno & house scene at a very particular time. This city has a rich history of producers, many who have left us for earlier mornings in Berlin, but Martyn has brought together a set of new faces who are still here and bringing something fresh but straightforward to the table.

The afternoon before his Toronto show I talked to Martyn about this collection and he mentioned that his intention was to connect some dots in order to expose and thereby strengthen what he took to be a burgeoning and underrated scene. In its early days, he noted, even something as historic as Detroit techno was not as unified as the mythology suggests it was. The creativity needs to be there, sure, but a certain narrative keeps that creativity flowing. Though there might not be a discernible 'Toronto Sound' that comes through over these four tracks, a shared vitality is definitely felt throughout.

Kevin McPhee opens things by once again showing us his handle on a range of different sounds. While he last left us with 2012's smooth, R&B-tinged one-sided 10" "Who Loves You," here he swaps the UK sound for an older, North American vintage. "Version 5's" simple progressions and subtle use of the flanger start us off with something instantly familiar, recalling early classics like DJ Pierre's Box Energy.

Gingy, better known for his work with Montreal's Bordello, moves us in a more contemporary direction. On "Swirlie" he mixes ascendent raviness with Berghain-flavoured factory dissonance. Three quarters of the way through the track adds a stab that has you imagining transition possibilities and wanting to hear it in a mix rather than on a track-separated, geo-specific sampler.

Where these first two tracks are interesting because of their slight variations, Nautiluss, one of Toronto's fastest rising dance exports, builds energy in a much more effusive manner on his deep and spacey contribution, "Zero Gravity." Opening with a sensual, spoken "wave after wave," the track bursts into pupil-dilated bliss midway through and just as it seems to warble out of control it decrescendos into a fitting comedown.

Ending the EP off with another vocal-sampling number is "Beatrice" by Bruce Trail, a solo outing of Nacho Lovers' Scott Seewhale. The track's acerbic squelches are tempered by a whisper and lush synth tones, producing something unique and hypnotic, irreducible to a particular trend, era, or place.

Unfortunately, the vinyl release comes without the Bruce Trail track. But that might not matter since numerous requests at Toronto's more reputable record shops have brought me to the realization that the wax hasn't yet made it to this city's shelves anyways. So, despite the online hype behind these four producers and their appearances on Boiler Room and in some of the world's best clubs, it seems that there's still a way to go on our city's side of things...like actually stocking the music that puts it on the map. 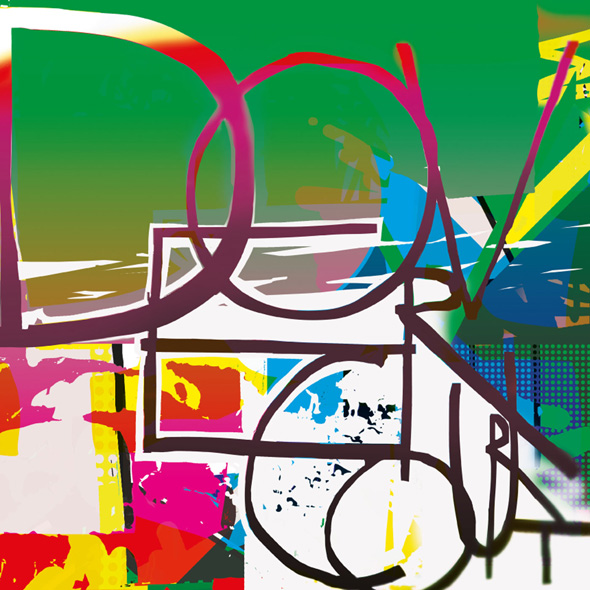