The Danforth Music Hall was nowhere near full on Friday night when Toronto's own pop 'n roll band Dragonette hit the stage. Luckily, those few who chose to brave the rain and miss the last period of Game 5 were ready to party. Although Dragonette's final Bodyparts tour is co-headlined by The Presets, I came to see the former, so if you're looking for a review of The Presets, you've come to the wrong place. 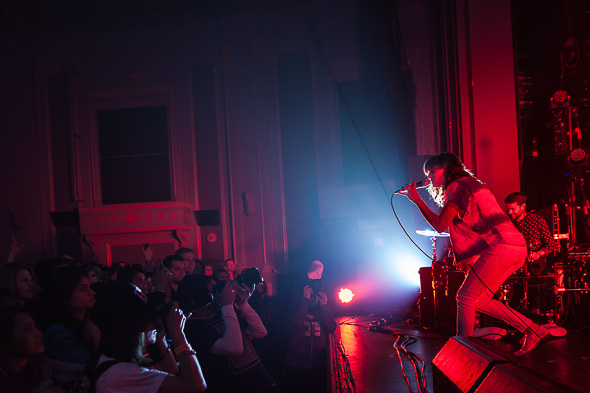 Lead singer Martina Sorbara mentioned that the prospect of "playing shows in Toronto is always a bit scary 'til I get on stage and then I'm happy." I'll admit I was a little disappointed during the first few tracks. Poor acoustics were to blame: the sound equipment, and the venue itself, were working against Sorbara and her beautiful voice was overpowered by instrumentals.

The acoustics didn't, however, dampen the spirit of the dancers â and in particular one dude who, whipping his jacket around, inadvertently smacked a security guard in the eye. Luckily, the pseudo authority figure was forgiving and he received an apologetic kiss on the cheek from Sasha Fierce himself. 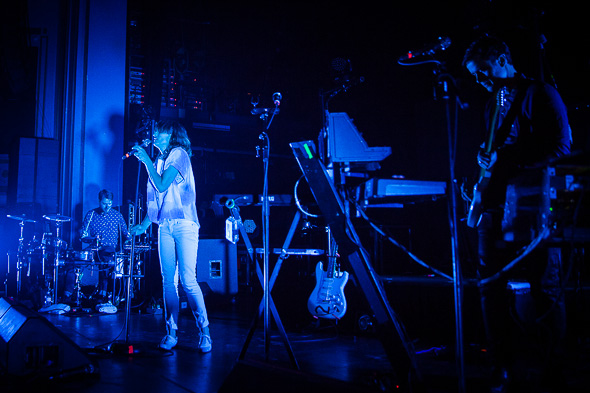 I expected the whole dance floor to be moving just as frantically, but the crowd seemed just as tame as Sorbara and I were and stuck to swaying back and forth, adding in the occasional hand clap.

Everything changed when the band played their latest hit "Run Run Run" and Sorbara's voice became clear and confident. The crowd's energy began to pick up and more arms were spotted flailing in the air. Without hesitation, as soon as "Run Run Run" wrapped up, the band's smash hit "Hello" burst through the speakers and the crowd went wild. 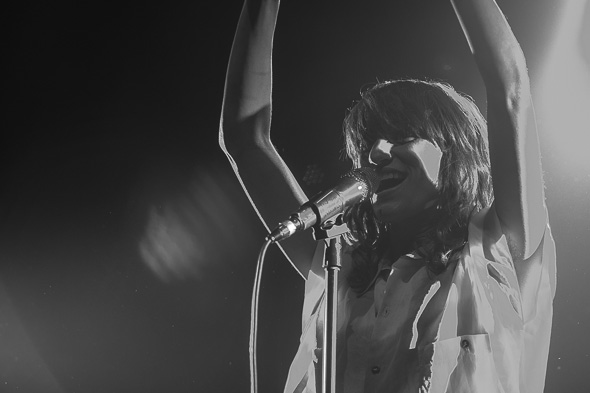 By this time, Sorbara's bubbly enthusiasm replaced any fear she may have felt earlier in the show. She displayed easygoing dance moves and fantastic vocals while the band played perfect dance pop beats and melodies.

The show was well rounded and the band kept fans satisfied with classic hits like "I Get Around" and "Easy" and new tracks like "Let It Go" and "My Work Is Done." Sorbara calls Bodyparts a fun, sunny little record, saying she wanted to "put some more sunshine and daytime into electro-dance music" and stray from the darkness and night-time and lasers found in Top 40s dance music. Dragonette managed to come out of the darkness that was the first half of Friday night's show and with their catchy dance tunes, prompted the crowd to have fun. 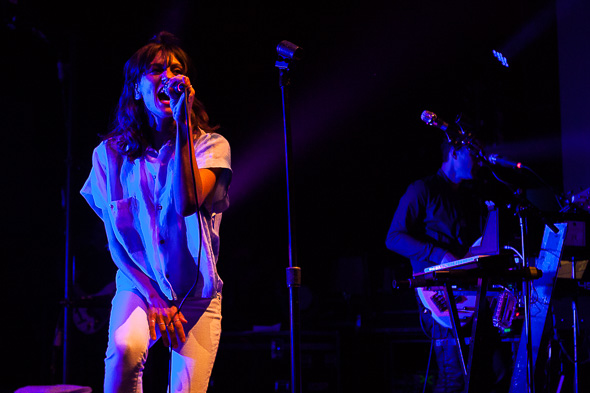 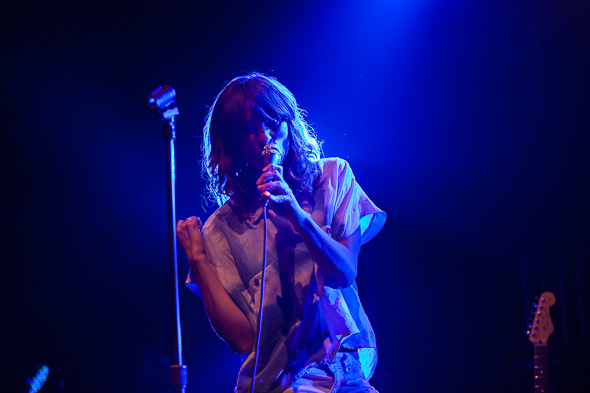 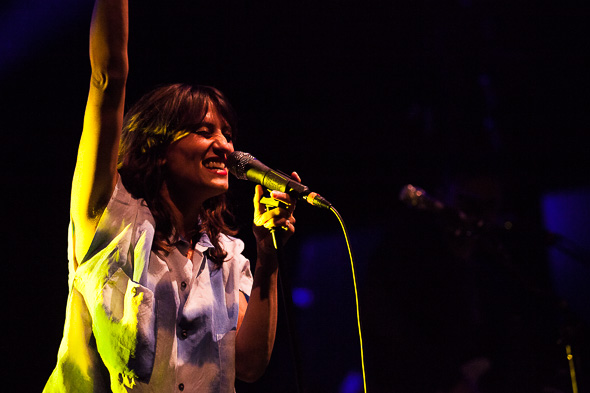