Bloody Beet Roots break the speakers at the Phoenix

If you were looking for vitamin rich vegetables at the Phoenix when the Bloody Beet Roots rolled through town, then you had come to the wrong place. If you had a hankering for big, bloody, over the top beats, however, then this was indeed the venue you were looking for. 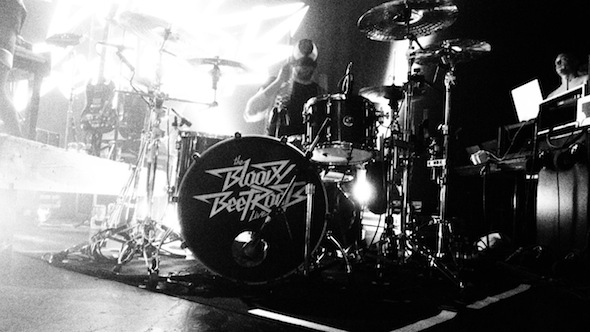 Sir Bob Cornelius Rifo has been crafting his gothabilly EDM luchadore act for a number of years since entering the electro scene with his high-energy remixes, but I get the impression that this was never enough for him. He needs Venom-inspired masks, stage dives, drop kicks, electric baby grand pianos and microphone stands to hurl around. A male fan mounted the stage and it seemed he lost his nerve because before he had time to make the move, Sir Bob, ever the trickster, gleefully made up his mind for him and pushed him over the edge.

Material from his past Dim Mak albums like Romborama, were treated with intense manic energy, cycling from soft piano to high energy EDM stabs, to Rob Zombie-esque psychedelic surf thrash, to full on punk songs. After one particularly epic drop, he rushed back to the piano, only to find it horribly out of tune.

But he played on, feedback and all, until the speakers gave way entirely to crackling feedback. Oh the drama... the horror! Shouldn't he be terribly embarrassed? OK, so the sound recovered and we realized it was just all just a gimmick, but an incredibly clever one. While the cycle of manic energy became a tad repetitive, if anything, it was a metaphor to say if a routine ain't broke, then don't fix it. 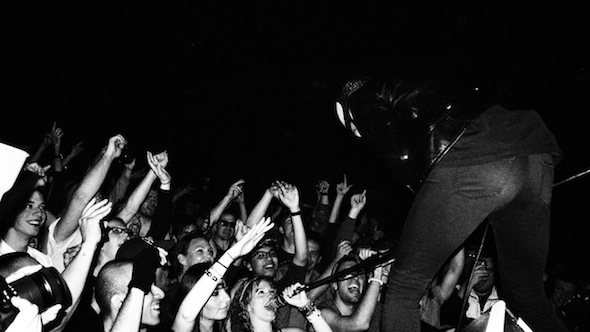