It was an hour and forty minute epic, the kind of show only wild illusionists and ambitious digital designers would take on. Last night, Muse took visual artistry at the ACC to another level.

Because it's Muse (and we all know how operatically intense they can be) I was expecting a victorious sonic journey, punctuated by some cool visuals and a light show. A light show? What was I thinking? This was more on the scale of a Disney/Instagram collaboration, with a healthy dose of Minority Report for good measure. 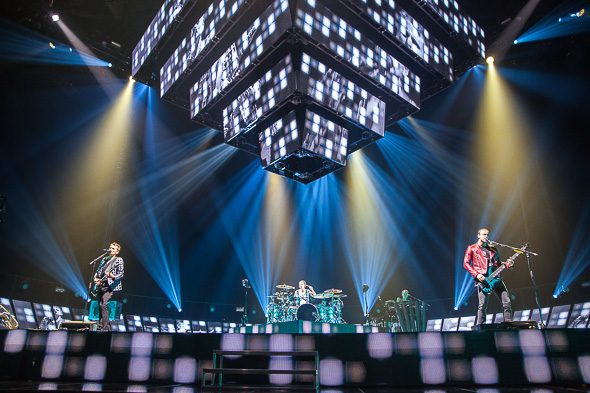 First off, the visuals - the main stage setup had a row of monitors circling the sides and back of the stage. Then there were a bunch of lasers and lights (duh). But the piĂ¨ce de rĂŠsistance was really the diamond shaped set of lights that formed a pyramid above the stage. 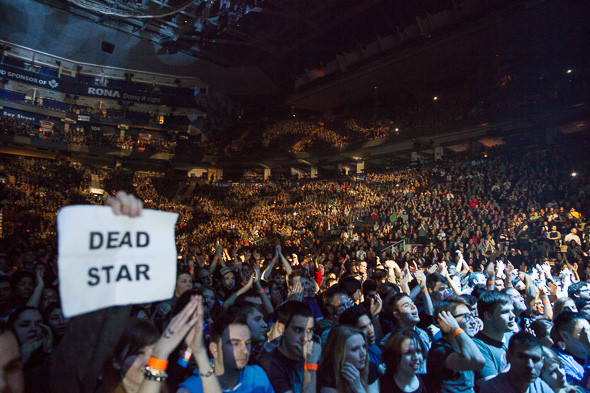 The four panels making up the pyramid moved in and out of each other like a dance or a russian doll (I know, very similar those things) and everything from the universe to rotoscoped live video to creepy Big Brother/Google Glass-type data overlays on clips of children were displayed. But enough about the supercoolstunningmindbogglinglyawesome visuals. You know what else is awesome about Muse? The fact that their music actually lives up to the battalion of visual artists they must have had! 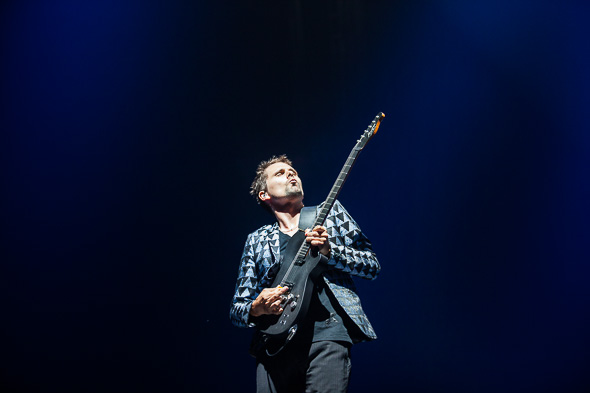 Naturally gifted with a huge vocal range and no slouch on a variety of instruments, Muse's number one, Matthew Bellamy, brought both his energy and that amazing voice with him on stage to dance and prance with the best of them. The way he sings at full-throttle, you know there's no way he can be giving less than 100 per cent, and the same goes for his bandmates. The whole show was nothing less than every dystopic, disillusioned, techno-crazed, operatic alt-rock and classical composition you ever wanted to throw together and bake into a musical pie.

It was a 17-song set followed by a 3-song encore - featuring some of the greats like "Starlight," "Stockholm Syndrome," and "Knights of Cydonia." They were on top of their game, to be sure.

There's something almost funny about the production value of a show like this, though, particularly when you keep in mind the kind of things Muse - or Matthew Bellamy - is generally singing about. Dealing often with themes of alienation, social unrest, technological revolution, and police-state politics, Muse seems to cast a negative light on the use of technology to control and monitor people without their knowledge.

It thus was ironic to see 20 or 30 thousand people sing along so passionately to "Uprising" in the midst of the technological and monied spectacle that were the monitors and stage: "They will not force us / They will stop degrading us / They will not control us / We will be victorious." Who's controlling who now? 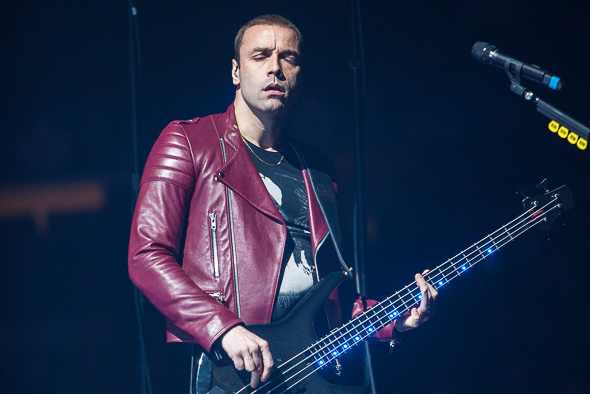 Altogether, the show was definitely something to write home about, and we all got to see Bellamy stick with tradition and break another guitar. With a pyramid hovering over him. Damn. 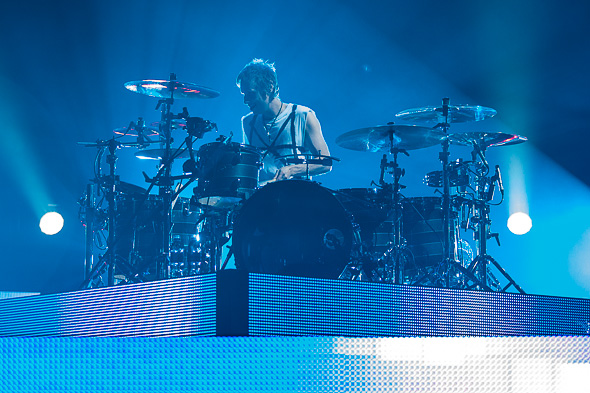