Maylee Todd is about to explode (someone tell her ego)

Listening to Maylee Todd's new record Escapology I feel secure in the future of music, or, at least, in the kind of music I love. Her songs rekindle a mostly dormant but favourite trend of mine: funky disco boogie. And yet, her music still acknowledges the last 30 years of music since those trends enjoyed popularity (unlike say, Daptone Records, which is too deeply nostalgic). With rousing instrumentation, great energy and a few oddball turns to keep one on his toes, it's fresh and a shit-ton of fun.

But who on earth would make this kind of music, particularly in Toronto of all places? Not to knock our fair city, but we're not that well known for our funk or disco output. Given this (sad) fact, I had to know who this Maylee Todd, this seemingly far out funky space lady, really is.

When I spoke to Todd a couple weeks ago, I was hoping for an outrageous character who spoke in a scream and was ready to talk over me with equal amounts of arrogance, flat sass and unearned world weariness. You know, like the divas you see on television. But during our conversation I was disappointed time and time again. It turns out she's just a super cool woman, down to earth and very accommodating. She lives in a normal apartment, has a been inside a Coffee Time and uses the slang word Jammers more than anyone I've ever met. 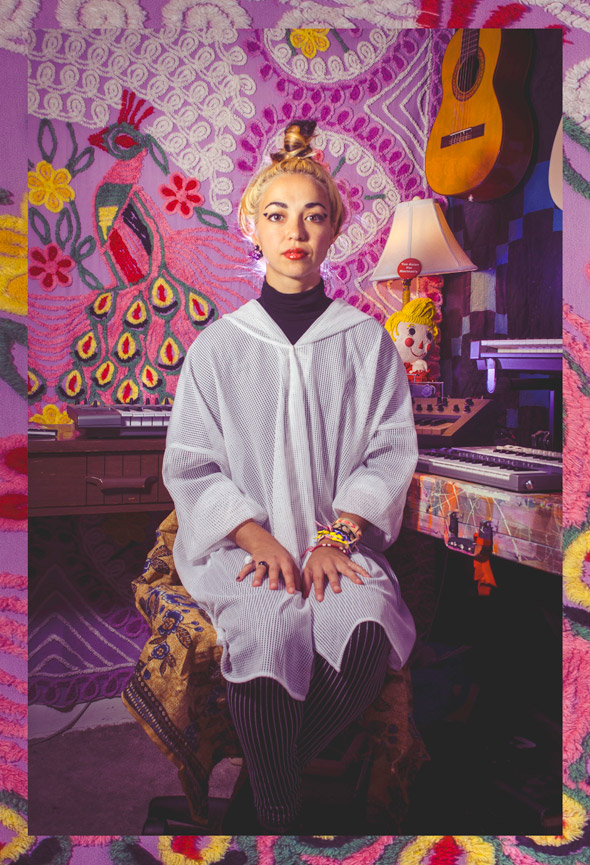 Most shocking was in the fact that she has a day job, a few of them in fact. There's something decidedly unglamorous about a musician who is able to balance multiple jobs, a musical career and is able to be, well, a real person.

Not that I wanted her to be some sort of pill-popping maniac, but I mean, come on! She doesn't even smoke and her apartment was remarkably clean and tidy. Apparently, making music ain't what it used to be... I mean, intellectually I knew that, as every other piece of music journalism in the past 10 years has mentioned the slow erosion of the industry. And no, I don't really know any musicians who make a living exclusively off their art, but they haven't made the Tokio Hot 100 chart or the video below.

So instead of having to talk through a publicist or a through a bathroom door, instead I was treated to a normal conversation with a regular person, albeit one who can channel young Michael Jackson to an eerie degree. This conversation continued to shred my expectations as Todd outlined the enormous amount of work and time it took to get to the point where she could cover the Pinball Number Count song from Sesame Street (sacred material she totally nails).

It seems her ethos is defined by the following: a strong work ethic, balance between making money to eat and pursuing artistic endeavours and building relationships / friendships based on shared passions. Boring stuff. 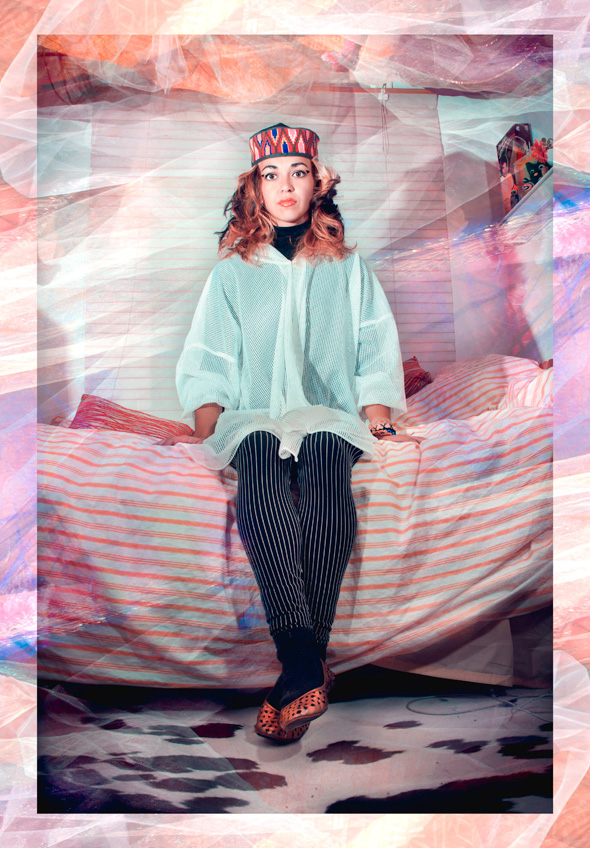 To kill another expectation, she attributed her work ethic to comedians she observed while studying at Humber College. Apparently, comedians don't just wake up after a binge with fresh jokes written on toilet paper. Instead, they toil for hours working and always keep a notebook handy for when inspiration strikes. Adopting the same method, she's been producing, collaborating and performing with acts such as Henri FabergÃ© and the Adorables, Ark Analog and many, many others, slowing honing her craft and building a name for herself before putting out her first record Choose Your Own Adventure in 2010. Continuing to evolve, she expanded the sound found on that album's last track, "Aerobics in Space" and the 2012 single "Hieroglyphics" resulted in Esacapology. A record she's proud of and happy to promote.

Disgusted by my shattered expectations, I took off after the photo shoot — at which she was patient and helpful — hopeless as to what to write about her. I even stalled this in hopes she would send me a nasty email or something to let me make a Diana Ross comparison. Alas, no no luck. Fortunately, success for her seems imminent and hopefully that will warp her enough so that the next time I talk to her, she will at least be wearing sunglasses and referring to herself in the third person.

I doubt it though. Thanks for nothing, Maylee.

See Maylee Todd live this Thursday at her release party for Escapology.