As I walked into the Great Hall on Thursday night, I could feel the music in my bones - in fact, the vibrations seemed to pierce all the way down to my marrow. Maylee Todd's Escapology album release party was gearing up in the BLK BOX at the back of the Great Hall, and the crowd was eagerly awaiting this talented woman's appearance. 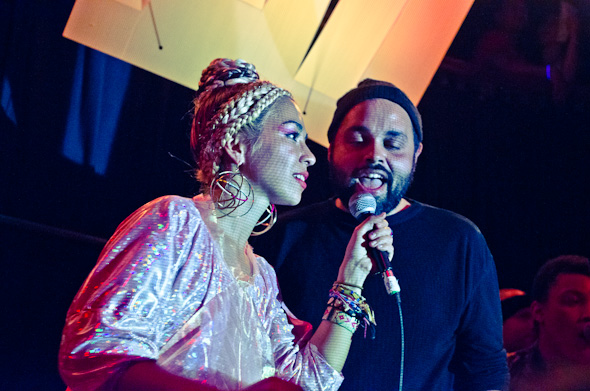 While the show was a bit late getting started, Maylee and her crew were well worth the wait. Alternating between eight and twelve (or more) people on stage at any given time, they pulled out tunes and moves like they were born up there. Everyone was dressed to the nines in 70s throwback clothing - make sure to note the headbands - and sequins and sparkles were the norm for the night. 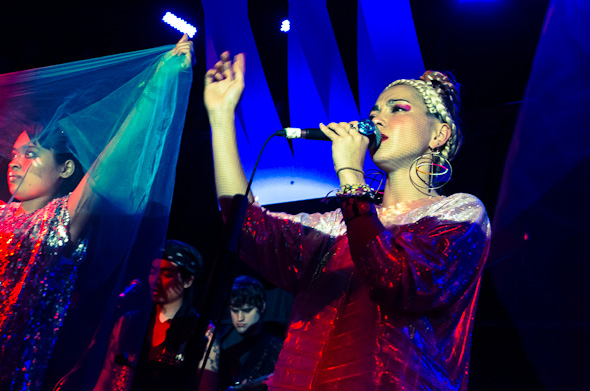 Maylee's roommate came out in head-to-toe sequins to introduce her at the beginning of the show, remarking that it's "hard to outshine someone as wonderful and talented as Maylee Todd - but I may have finally done it. That is, unless she wears a dress like a vagina." I wasn't looking to see it, of course, but when she walked out in a mother of pearl dress with shell-like hangings draping over her arms to the floor, well, what's a girl to do? 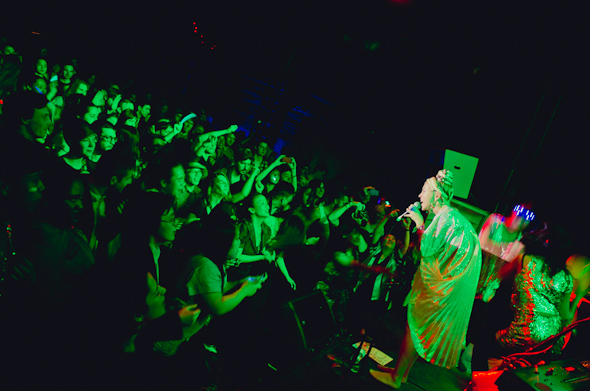 With her customary dancers (Wuar Wuar) and their special guest, Maylee grooved to both old and new songs, displaying some of the best of Escapology over the course of the night. Fitting with the disco-inspired and R&B sounds, Maylee announced that it was time to "get ready to get real sexual tonight" before launching into the soulful "I Can't Stand It." 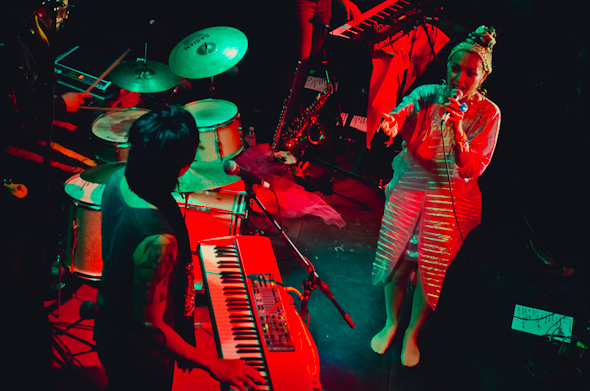 Characterised by disco-boogie beats, slow soul pulses, and joyful, danceable refrains, each song added to the atmosphere carefully but casually cultivated by Maylee's undeniable voice and presence. Everyone on stage and everyone in the crowd was having a good time, and it was obvious. Along with everything else that talented woman accomplishes, she always knows how to make fun happen. 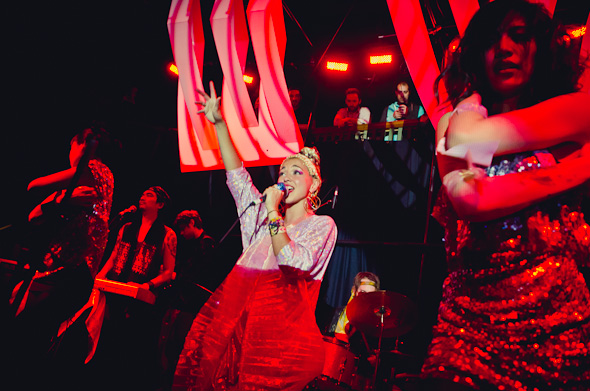 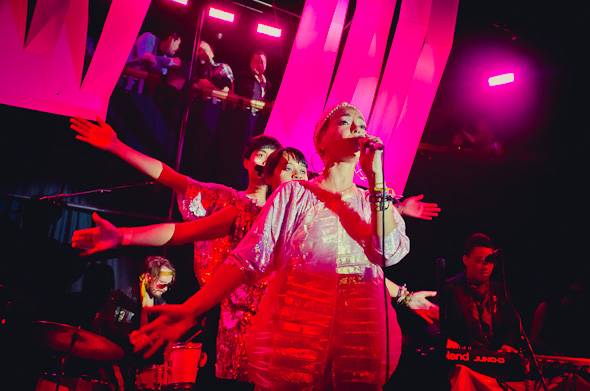 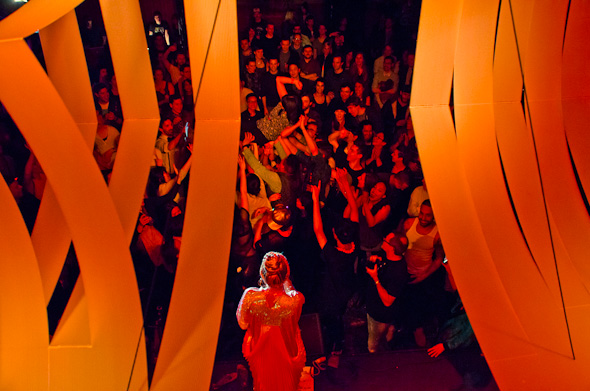 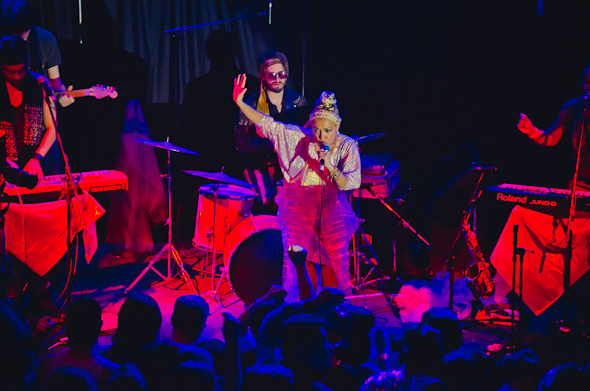 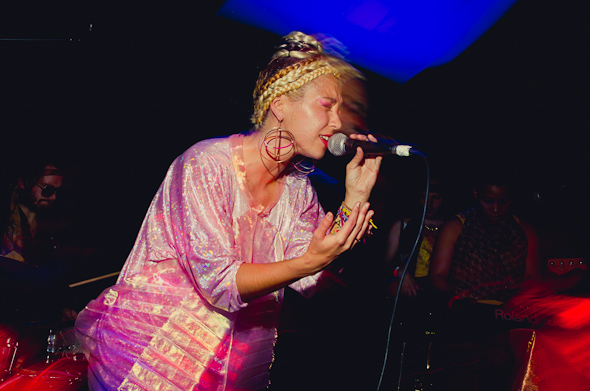