Killing Joke get the crowd rowdy at Lee's Palace

Killing Joke may be best known for their post-punk industrial rock influence on a generation of acts including Nirvana, Faith No More, Tool and Nine Inch Nails. I know them best for their raucous 1985 single, Love Like Blood, which dominated the alt-goth dance floors well into the '90s.

So it was with both nostalgia and curiosity that I approached Wednesday night's show at Lee's Palace. 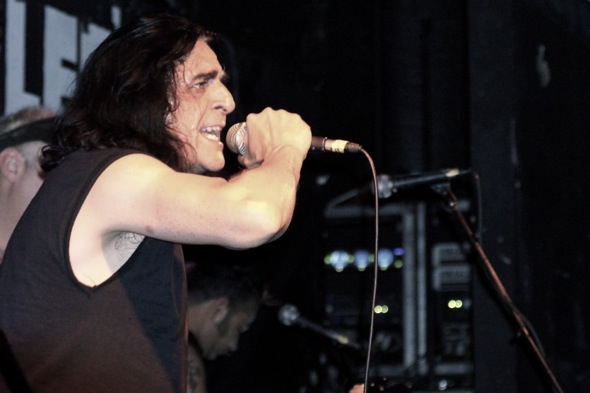 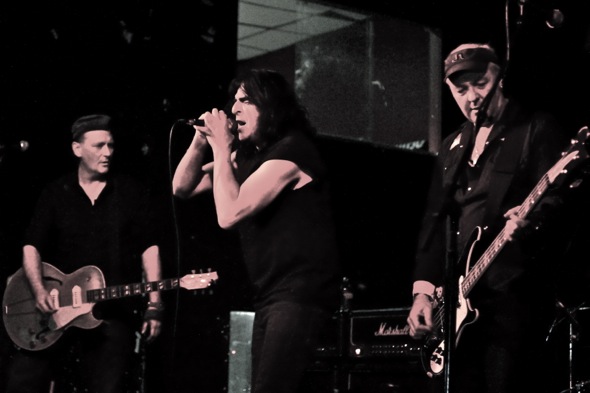 Before the second song he admitted "I want to talk to you but I've almost lost my voice. But we're going to keep going." And the show went on, to many encouraging cheers from the sold-out crowd. 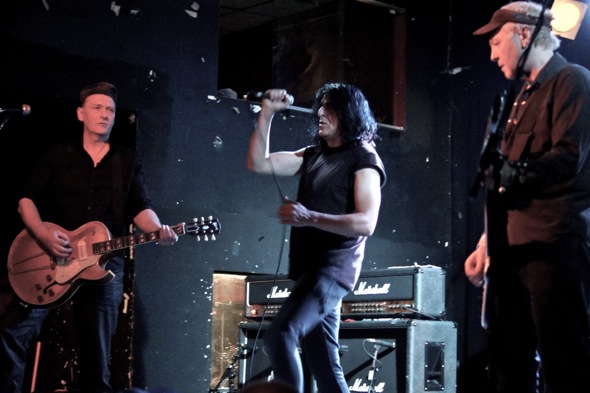 As the 60-minute set went on, it was evident that Coleman was straining. But he put on a brave face and rocked out in his tight, black jeans, black tank top and dark, scraggly hair. 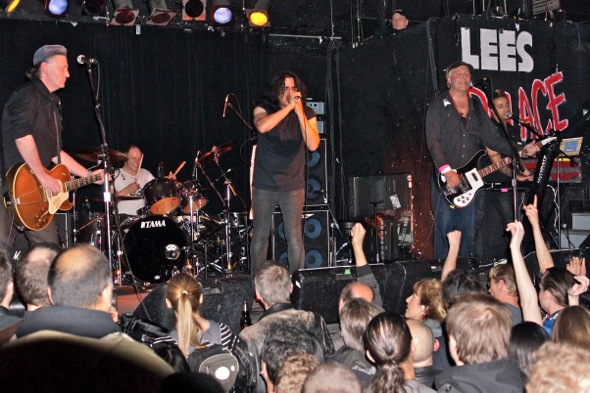 The five-piece band were pretty tight throughout the set, led by bassist Martin Glover (a.k.a. Youth) and drummer Paul Ferguson. 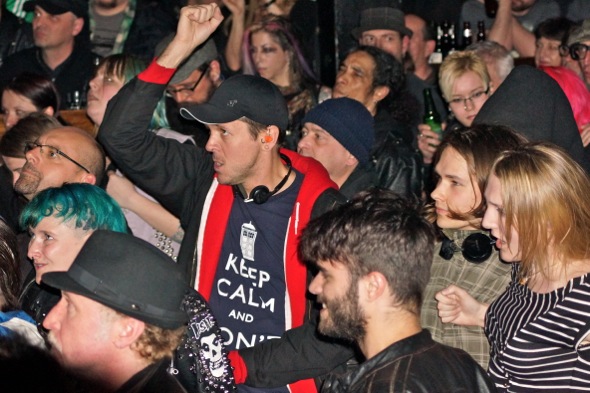 Guitarist Geordie Walker was reserved on the left of the stage most of the time, while Keyboardist Reza Udhin was the most animated of them all, thrusting his paws into his keys on the right. 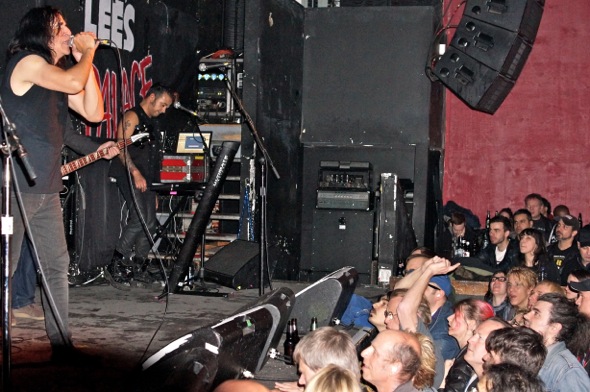 The audience perked up a notch when, about halfway into their set, they busted out one of their biggest hits, Eighties. 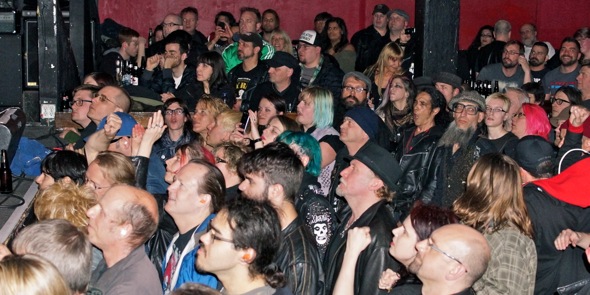 As the show wore on, the audience got more lively, forming an almost mosh pit in front of the stage at times. But the mostly 40-something crowd played nice for the most part. 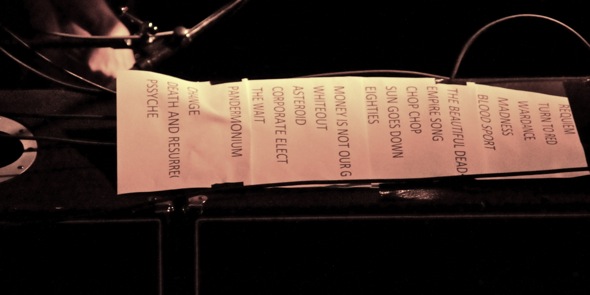 For the encore, Coleman said, "We've been together 35 years, this is one of our first songs," before launching into Pssyche, which sounded surprisingly fresh all these years later.

Coleman motioned with his hand on heart, then hand on throat, a wave and a handshake to a fan in the front row. And that was it. "He's obviously suffering for his art," I heard a fan tell another as we shuffled out after the short, spirited show. 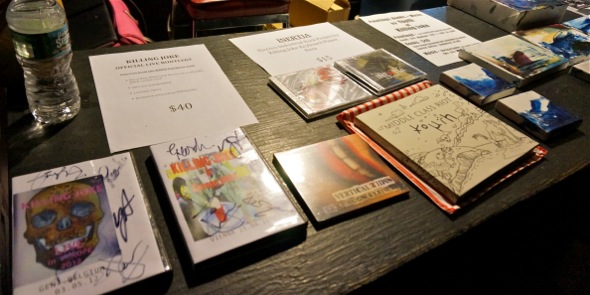 I was disappointed that Killing Joke didn't even have Love Like Blood on their set list, let alone play it. But they still dug deep to put on a good show.