"Fresh spring, Toronto rain, fresh spring Toronto rain. Wash it all away." Chanted the purple-suited and skinny-tied shaman. "Our neighbours to the north, it warms my heart to see you all here."

It was a late welcome as it was received at the beginning of the encore, but a welcome nonetheless. For the uninitiated, the wizard in question is Jim James, the ringleader of the Folk/Blues band My Morning Jacket, and freelance roving Southern Rock saint, also known for his work with Monsters of Folk, and several Blues cover albums. 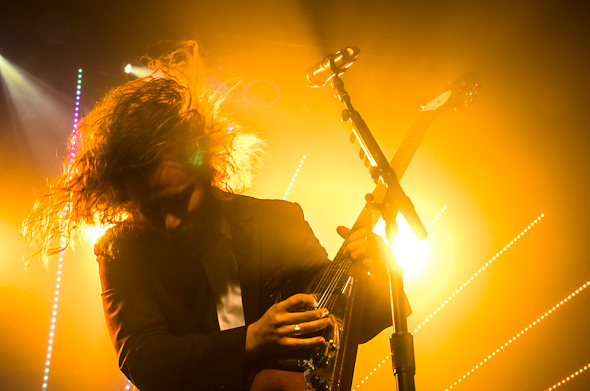 While we waited for the show to start, The Phoenix crowd was warmed up with black spiritualist tunes, appropriate considering the title of his new album, "Regions Of Light And Sound Of God". The band opened with State Of The Art (A.E.I.O.U) where James sung, but then tackled a mounted guitar transforming from charming southern gentleman to raging guitar wolf.

All songs from the shortish album were played with improvised jam sessions that even had band mates impressed with each other. Like the four minute drum solo by Kevin Ratterman (My Morning Jacket engineer, Wax Fang) that had their bassist Alana Rocklin (Rick Ross, Neyo, Andre 3000) guffawing, standing beside herself in glee, against a wrought iron, lit up fence that might have been salvaged from an old train yard, or a turn of the century carnival. 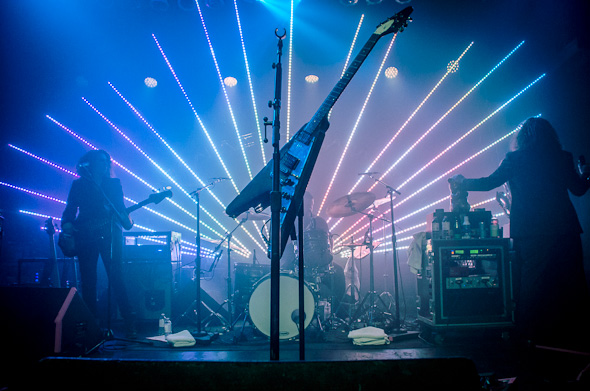 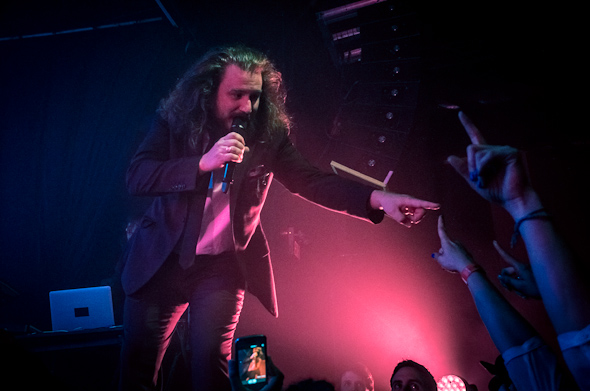 Jim was far from dialing it in, but he made many "ET phone home" gestures throughout the night, flitting his index finger cheerily to fans pressed up against the front of the stage. Not even a raised props fist could change his style, as even a fans fist bump attempt was met with his magical digit. 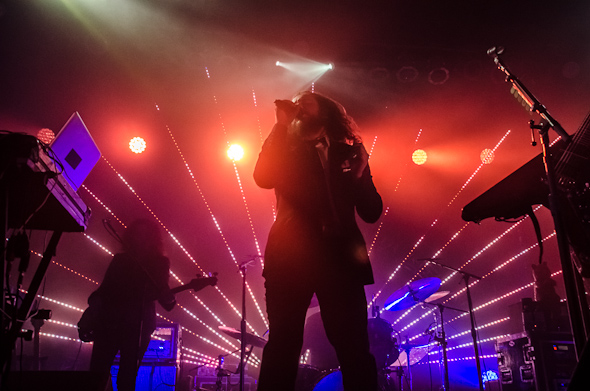 After so much sparkle and glow, I biked home singing to myself, "I want a new life" on the road with Jim Jones's psychedelic circus. 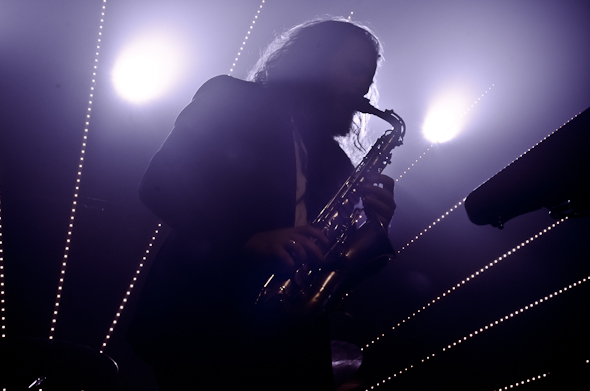