With one EP under their collective belts, alt-rock band The C'mons have hit a surprisingly strong stride in the little-over-a-year that they've been together. Although they're group of Craigslisted musicians — almost everyone in the five-person group found their way to the team through posted ads — the band I met last weekend seemed as though they'd be friends for the long haul, and are some of the friendliest musicians I've met. 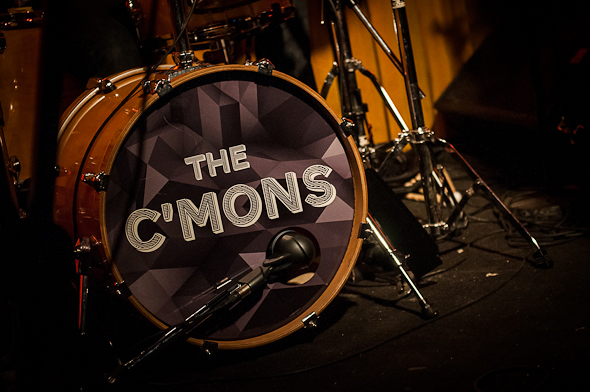 "These are my best friends," says Stephanie Bosch, lead vocalist, of the rest of the band. It definitely didn't start that way. With her move from Alberta to Toronto in 2010, she was tired of playing solo and wanted to find some great musicians to pair up with. Through a series of ads and auditions, and over a couple years, Scott Hanenberg (guitar), Cory Snider (drums), Jamie McDowell (bass), and Roslyn Green (violin) joined up to create what is now The C'mons — an alternative rock/punk/ska band that resists any attempt at classification in one genre. 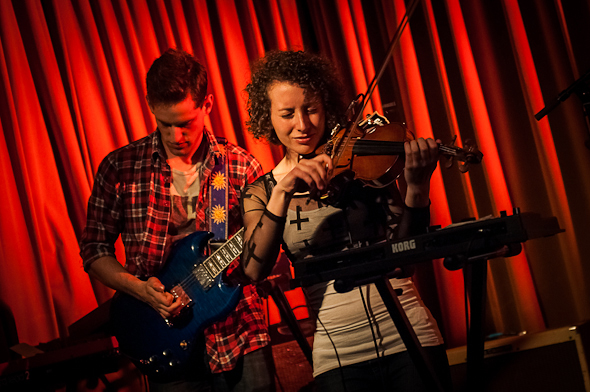 When I first heard The C'mons, I was transported back to that time of catchy rock tunes and ska-laced punk in the mid-to-late '90s. You get the energy and heartbreak of an angsty teenager coupled with the thematic depth and artistic patience of experienced musicians. They know how to play between genres, time signatures, and volumes. What makes their music unique, however, is Green's violin, which adds a sophistication to the what otherwise might be deemed relatively straightforward alt-rock. Layered underneath the violin, there's something in their sound that reminds me of No Doubt, although the latter may also have something to do with the wails of lead singer Stephanie Bosch.

"When something creeps into your head and you don't know how it got there, that's what we are," says Bosch of the band's sound. Not lead by one dominant creative member, the whole band joins together to contribute to the composition of each song.

"Each of us gets our stank on the song," says Hanenberg of the writing process — a stank that will only increase with the release of their new album, which they assert will sound like "more us." As long as the stank doesn't become rank, I'm good. And if the song 'Paper Walls' is any indication (a new release), I've got nothing to worry about (and neither do you). 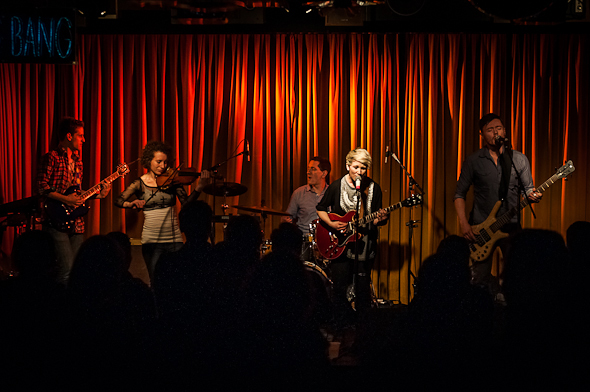 Their EP Coming up for Air is out now, and you can find some of their newer songs on their SoundCloud. Because the band has a tour planned for the summer, they will be mostly out of Toronto, except for during Pride! So get ready to put on your dancing shoes once that party gets started.