That time Jukebox the Ghost gave me Pepto-Bismol

For the life of me I cannot figure out if the Legendary Horseshoe Tavern is the city's best venue or if it's actually awful. I know this is a super controversial thing to say, given its legacy but think about it objectively:

1. The layout sucks: unless you are in the area directly infront of the stage or extraordinarly tall you can't see anything.

2. It's always hot as hell with zero ventaltion. I once had to leave a set by comedian Michael Showalter because I almost fainted.

3. You have to walk through the front part which is always full of weird old scene dudes or people playing pool who give you condescending looks because you're seeing a band they refuse to pay for.

But despite all these factors or maybe because of the romanticism they inspire, bands usually shine it at the Horseshoe. It's super odd. 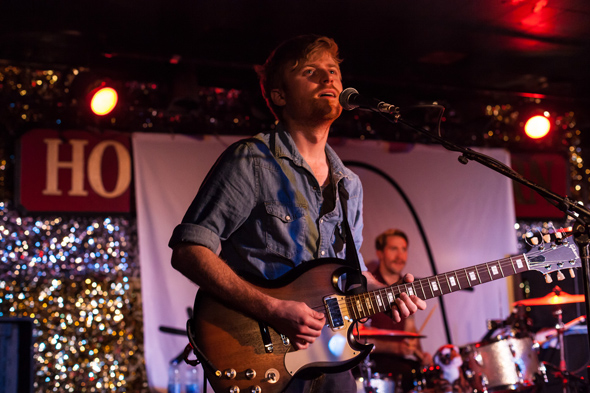 Monday night's performance by Jukebox the Ghost is perhaps the best example of the Horseshoe's incredible power to redeem itself... or a good band's power to redeem the Horseshoe. Not only was the back the hottest it's ever been despite being only about half full, most of the crowd was born after 1990* and I had a tummy ache.

In other words, I was "that" guy — the cranky music reviewer standing at the back with a cup of water. Worse, I had to put up with two cackling, wasted young ladies just to get said water**. And then I quickly realized that I had only actually listened to the band's first album when it came out and save for Schizophrenia, I'd forgotten the rest, let alone their new material. And finally, it was raining outside. What was I doing there/here/anywhere? 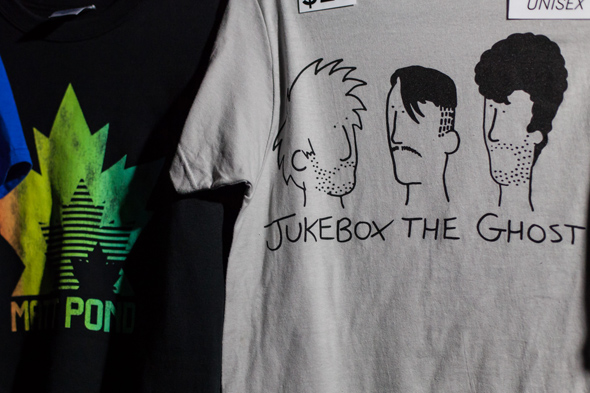 But here's the thing, the goddamned thing: they still put on a dynamite show, which is not too surprising as they'd already played 2000 shows (by their estimate) and are very talented songwriters and players. What was amazing was that I, with a wet blanket draped over my heart dreaming of getting home, out of the rain, and watching a James L. Brooks movie on Netflix, could acknowledge the fact it was a dynamite show.

A set of boisterous numbers played on real instruments centred around a virtuoso piano player and two singers performing above your average indie pop range. They brought me back to my younger days, particularly with ol'disco punk high hats, akin to glossier and grandeur Unicorns or at least a less uptight Hot Hot Heat. Their banter was excellent and hammy, and save a the stiff guitar player, the keyboardist and drummer were playfully hammy. 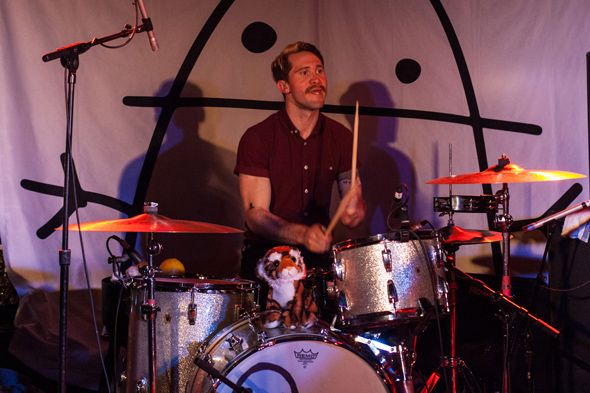 In plain English: They were a surprising delight. But the question remains: was this because of the Horseshoe or despite of it? I would have asked somebody but as soon as the band exited the stage, I was outta there like a jackrabbit...

Because, either way, there's no point being at the Horseshoe when no bands are playing.

*I know how crotchey I sound, but it's common knowledge that 18 year olds are pretty cool. And, then, you know, as soon as legal drinking age hits, people turn into assholes until they hit at least 22. They've earned it. When I was an early twentysomething I was an asshole, as were you. Everybody agrees with this. Some continue to be assholes but most turn back into reasonable people.

**They seemed to find my mustache quite hilarious. This in and of itself is not hard to bear insofar as I understand that most people have been brainwashed to diagnose mustaches as cultural relics worn only by the severely out of touch, by those trying too hard, or the severely ironic (particularly if the dude is handsome). What was hard to bear, on the other hand, was that they weren't funny about it — instead they just kept on repeating "mustache" under their breath and giggling like robots might giggle if robots giggled.

Sometimes the ultimate insult is a failed one. The joke was on them — the drummer had a mustache and they had PAID to see him.