Tame Impala get groovy at the Kool Haus

Despite what Kevin Parker, frontman and songwriter for much-hyped quintet Tame Impala, might say, he and his Australian compatriots are no strangers to Toronto.

Maybe it was discreet sarcasm, but in a rare moment of crowd interaction at the Kool Haus on Saturday night, the laconic Parker quickly apologized for it having been so long since they'd last graced a Toronto stage - despite their last show here having taken place less than five months ago at the Phoenix.

Regardless, if the band is willing to bring the supply, there's no doubt that the demand is there. You could have asked anyone in the sellout crowd, which ran the gamut from screaming teenage girls to grizzled old men in 13th Floor Elevators tees (all of which is not to mention a veritable microcosm of an economy in the scalper pool outside the venue). But the demographic universality goes a long way in explaining the appeal of the Aussies, graduating from small clubs to 2000+ capacity rooms in a mere few years, following 2010's trippy debut Innerspeaker. 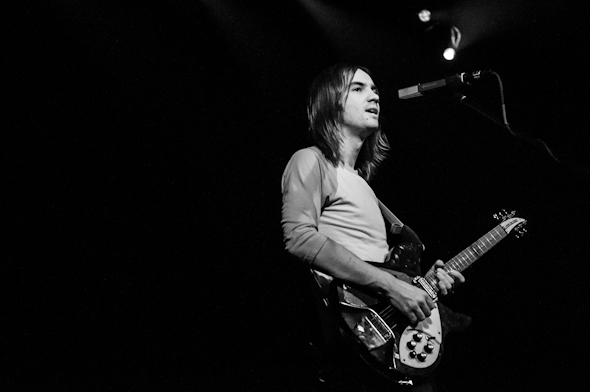 The ability of Parker to operate within a resurgent psychedelic milieu while retaining a distinct sense of newness is surely what's accounted for such a diverse audience for the band, who, to all their credit, use little more than the most logical elements at their disposal to craft their maximalist sonics. Their live sound seemed to be driven by the same effects-heavy experimentation that bolsters their studio recordings, but delivered in a scaled back, widescreen format, set to accommodate the typical guitar/bass/keys/drums setup.

The performance, though, was anything but ordinary. Opening with a jam leading into the phased-out intro of "Solitude is Bliss," Parker and his backing band had the crowd eating out of their hands right off the bat. To someone that's seen plenty of great performances plagued by the inherent shoddiness of the sound at the Kool Haus (nĂŠe "The Warehouse" for good reason), hearty congratulations must go out to their absurdly competent soundman, who made the proceedings sound as if they were taking place at halls more hallowed than Massey. The perfectly crisp and defined sound continued for the entire performance, Parker's Lennon-esque vocals EQ'd just the right amount over the soaring guitars and tight drum fills. 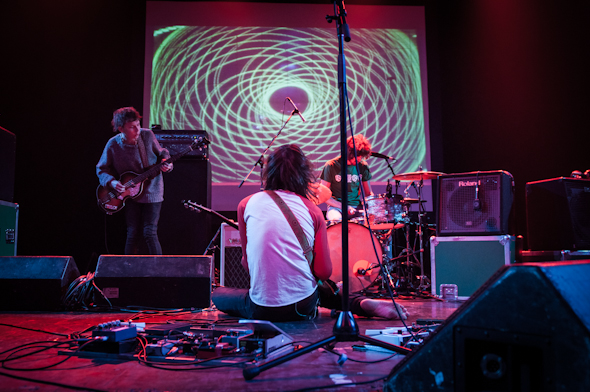 A projection screen glared visuals behind the band; for the first quarter of the set, it unfortunately tended more towards stock Windows Media Player than cutting-edge psychedelic. While the visuals appeared to be linked to the music being made onstage (specifically to Parker's guitar, but don't quote me on how), they created an unnecessary distance between band and fans, the former of which was more than able to win the latter over on its own sans visual accessories.

By the time the riff-heavy "Elephant" rolled around, though, the projections shifted to vibrant multicoloured landscapes, accentuated by the groovy sonic simulators. Aside from the fact that the screen seemed too small for the stage they were playing, the visuals were an appropriate addition from this point forward, their vagueness serving the songs surprisingly well.

And that's where the ultimate strength of Tame Impala lies: in the masterful songwriting of Parker. Regardless of how jammy the band got over the course of the 90 minute set - the closing drum solo on the aforementioned "Elephant" being the only overt example of overboard - the band were always able to reign it in just enough to retain the intuitive melodic sense that makes last year's sophomore album, Lonerism, such an engaging listen. The few other tracks aired out from Innerspeaker found the band stretching their legs substantially, bassist Nick Allbrook's bass consistently a highlight throughout thanks to his warm, organic tones on older tunes like "It is Not Meant to Be" and "Why Won't You Make Up Your Mind?" 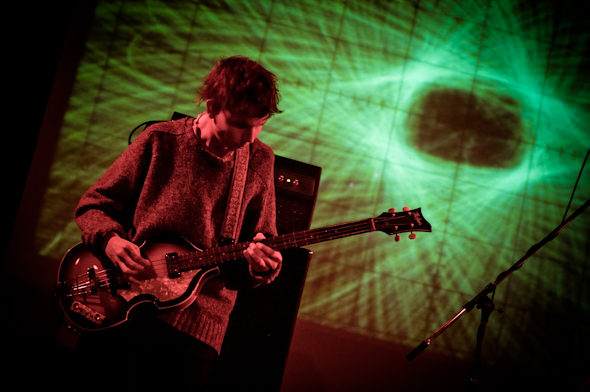 Put in perspective, it's quite staggering that Parker is a mere 26 years old and already seeing these returns on his initial music career. His band have a ridiculously formulated live sound for the relatively short amount of time they've been playing, and while there's still room to hone some of their more extensive jams, they come off as a group who've been around far longer than they actually have. If they can make the cavernous Kool Haus sound good, they can clearly do it anywhere, so who knows what lies next for the band. You best see them in a mid-sized venue while you still can.

Solitude is Bliss
Apocalypse Dreams
Be Above It
Endors Toi
Music to Walk Home By
Elephant
Why Won't You Make Up Your Mind?
Feels Like We Only Go Backwards
Keep on Lying
Mind Mischief
Alter Ego
It is Not Meant to Be
Half Full Glass of Wine