I feel as if I need to get this out of the way at the outset. As trite as it sounds, it's unmistakable and I don't see anyway to get around it. I'm sure it will be incredibly frustrating for the band in question, My Son the Hurricane, to read and my heart does go out to them, it really does. It's an easy statement, perhaps even lazy, but I can't deny it and still address you with a straight face (fingers?).

The fact of the matter is that My Son the Hurricane sounds like Rage Against the Machine with horns. 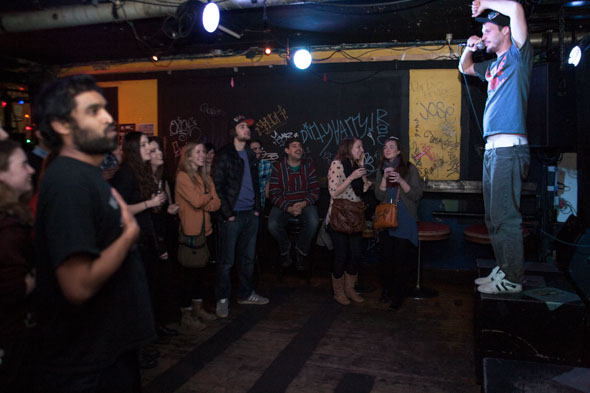 There are many ways they're different then Rage Against the Machine. For instance, they're more upbeat. They get funkier. They're not as heavy. They don't make a lot of allusions to politics. They get into ska territory. And they seem to be enjoying themselves a great deal more.

And, of course, the fact that there's a seven piece horn section. 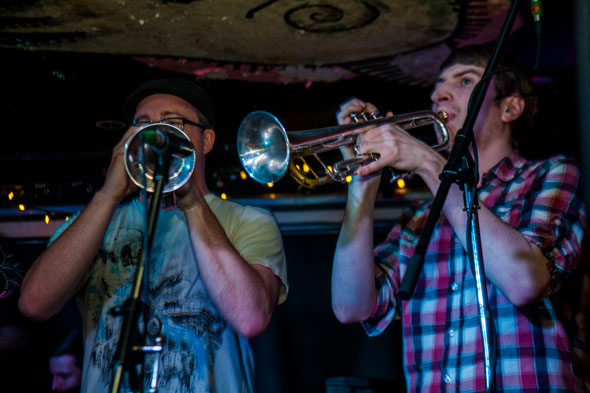 It's just that the rapper, who seems like an extraordinarily nice fellow, has cadence and voice that is eerily similar to Zack de la Rocha. And the music relies on similar patterns of energy, breaks, and interplay between funk and rock. Of course, once these superficial congruities are out of the way, they remain two very different bands.

But, hey, I'm a superficial person. 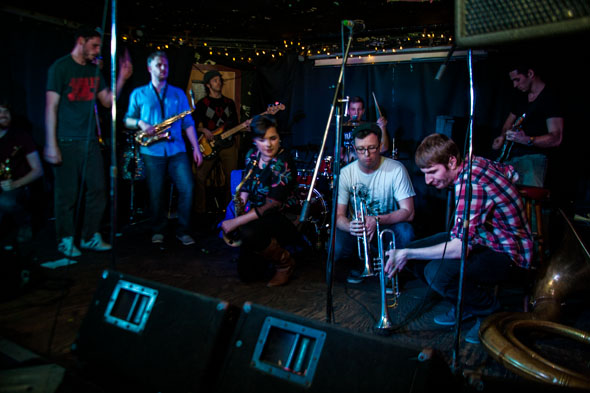 I first encountered My Son the Hurricane a few summers ago in Bayfield, Ontario, of all places. I was living off the Blue Water Highway at the time and preferred the watering holes of Bayfield to the low rent Gomorrah that is Grand Bend. Imagine my surprise walking into a bar in this sleepy cottage town to find a 13 piece brass band that sounded like Rage Against the Machine. It was a great set and a testament to the wonders of chance and human enterprise. It was a band I wouldn't have minded to see again. 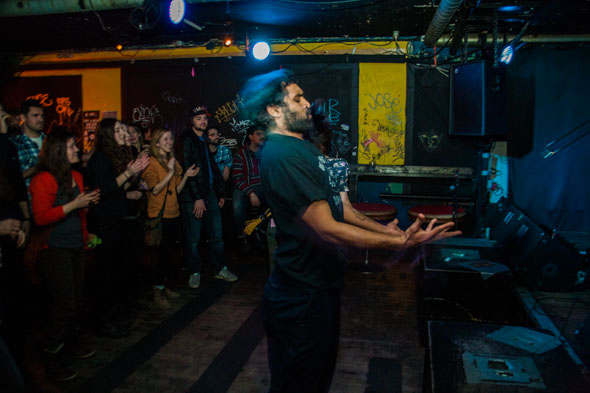 And all of these years later I had the pleasure of seeing them again Thursday night at Sneaky Dee's. Their arrangements were better, they played better in general and their sound was demonstrably bigger. And yes, they still sounded like Rage Against the Machine. But here's the thing, as much as this comparison sticks in your head before or after a My Son the Hurricane show or even when you're listening to them, when they're actually playing, it's a different story. 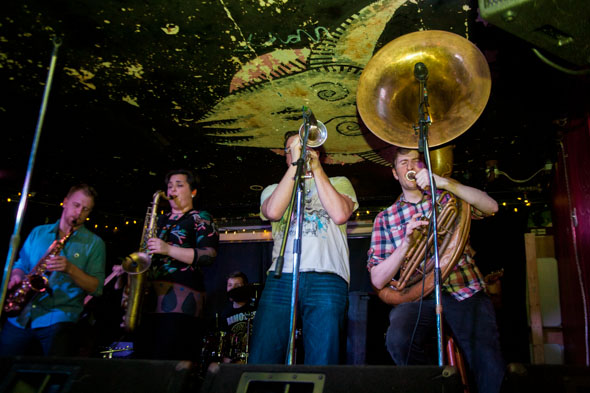 They're a superb live outfit. I love me a horn section, but it's rare to get the pleasure of hearing one, particularly a seven piece one, on an intimate stage like Sneaky Dee's. It's powerful, palpable even. The rest of the band is tight, and it's refreshing to see a talented guitar player at the back of the stage, holding it down as opposed to hotdogging at the front. The rapper/lead vocalist is very engaging and a fine showman, a rambunctious fellow who put the audience first and his vocal chords second. Excellent show.

So yes, My Son the Hurricane sounds like Rage Against the Machine to some extent, but it really doesn't matter that much because they put on a really fun live show and that should be more than enough. On the plus side it should be very easy to determine whether or not they sound appealing.