Austra shows off lots of new material at CMW

Austra is back. With a bigger band (from the trio for their Polaris-shortlisted debut Feel It Break to a current coterie of six). And armed with bigger, denser and (at times) groovier harmonies. Coming off a slew of showcases (five) at SXSW, frontwoman Katie Stelmanis and co. were at the Danforth Music Hall on Saturday night for their hometown CMW showcase. Indulging in ample new material off of their forthcoming, Olympia (out in June on Paper Bag Records), the crowd turned out.

But before Austra, came Lowell, Yacht Club and, my new favourite-named band, Blood Ceremony. We caught up with Ben Cook in Yacht Club a week or so ago and his band of beautiful misfits also received a decent-sized crowd for their dreamy-'80s-meet-funk sound. Blood Ceremony can be quickly summed up with "heavy metal flautist," but that doesn't do them justice. When some are quick to mock doom metal outfits, Blood Ceremony rises above in both raw talent and all-consuming showmanship. And shit, they have 12,000 likes on Facebook. I don't see mainstream appeal in their future, but that's not niche. Or maybe it is, I can't tell anymore. 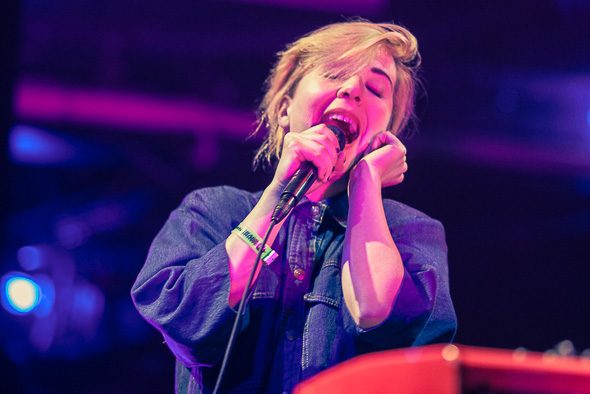 As for Austra, darkwave and soaring vocals couldn't blend better. Opening with a murky, synth-laden soundscape before diving into "The Choke," bobbing heads and shifting feet washed across the crowd as soon as the synths took hold. The new tunes aren't so much a departure from their debut material. It's still dark and brooding, but it's deeper and denser. And when the melodies hit, like off the new single "Home," there's an added sultriness. And those dark, danceable rhythms have expanded with a touch of industrial percussion. On that note, percussion holds a steady undercurrent in the new material.

On stage, Stelmanis is joined by drummer Maya Postepski (also of Trust), Dorian Wolf (bass and formerly of Spiral Beach), Ryan Wonsiak (keys) and twin sisters Sari and Romy Lightman (backing vocals). Alia O'Brien, the aforementioned flautist of Blood Ceremony, also joined them halfway through to support "Home." The band is confident albeit a bit staid with its stage presence. Stelmanis was brief with the crowd but did address the silence with, "I don't know why it's so awkward to talk in your hometown. But it is." The new material is nothing to be awkward about, however. 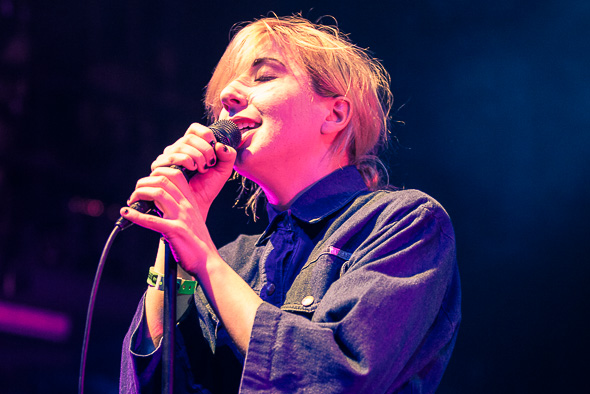 The Danforth Music Hall is a well-suited venue for Stelmanis' far-reaching voice. Their sound easily filled the venerable music hall. And with such ease. Still working out a few kinks, the band's sound continues to grow, gallop even. The crowd was definitely receptive to the new material, but like with any show, the crowd worked itself into a frenzy for the well-traveled tracks, namely "Lose It" and the song that brought Austra to the forefront, "Beat and the Pulse." A definite crowd pleaser, that one.

Closing with "Spellwork," the band was off to do a DJ set at The Great Hall as part of Fucked Up's Long Winter, volume No. 5. And I was off to get a shawarma, naturally. 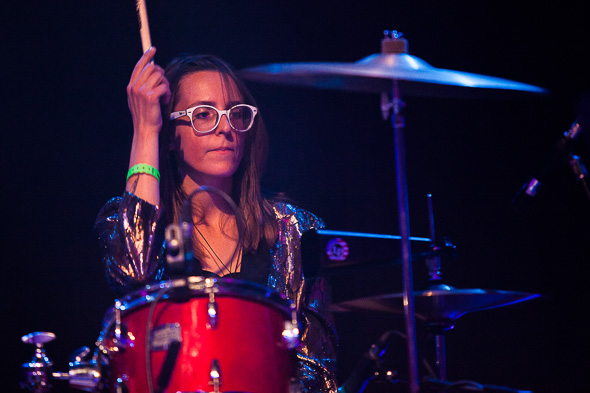 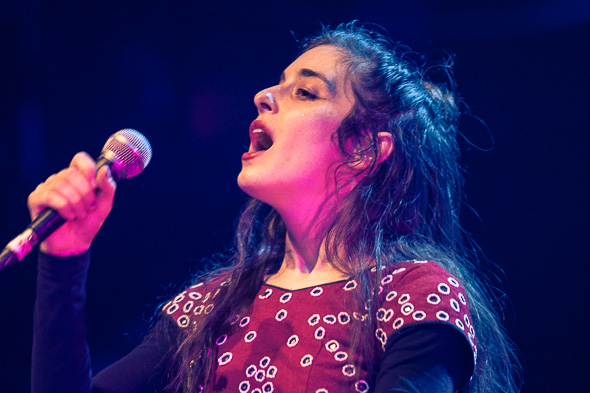 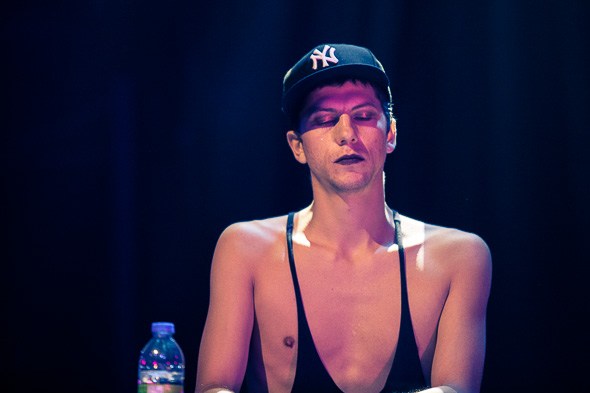 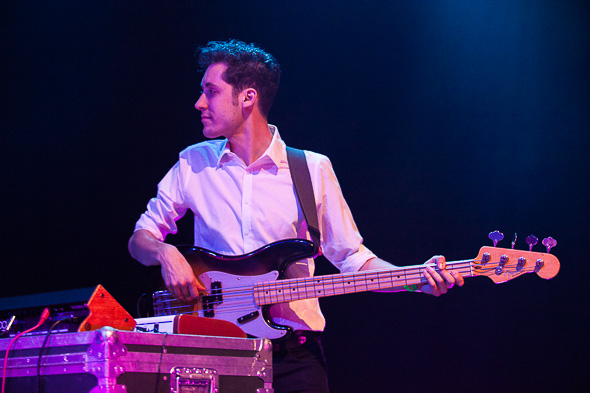 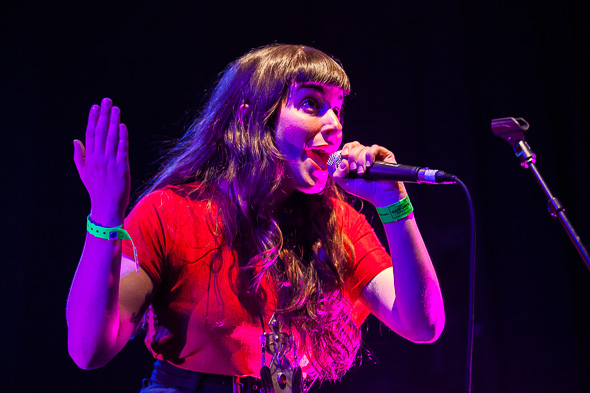 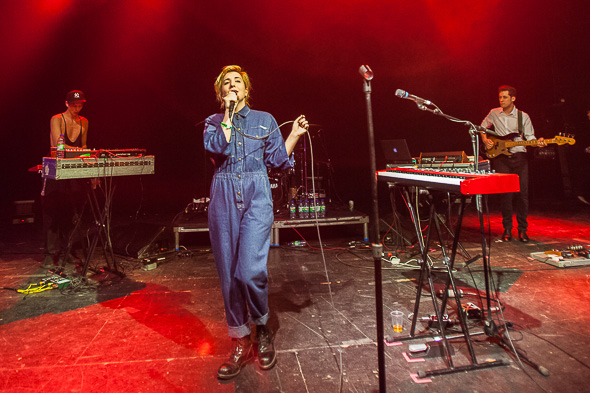 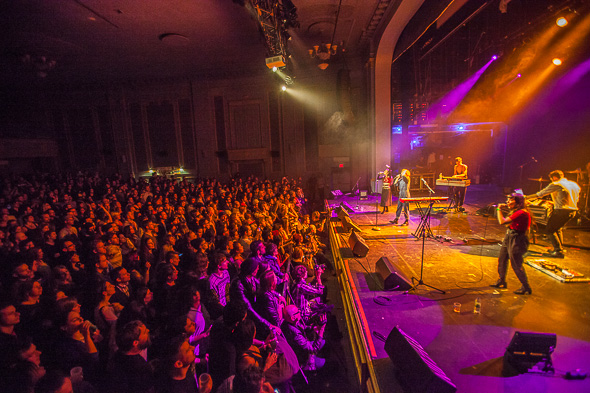