Andy Stott gets dark and danceable at Foundry

If Andy Stott is the future, then the future is dark. Very dark. The celebrated producer of 2012's sleeper hit album, Luxury Problems played at Mansion's Foundry series in the Blk Box Theatre, beneath the Great Hall on Saturday night. 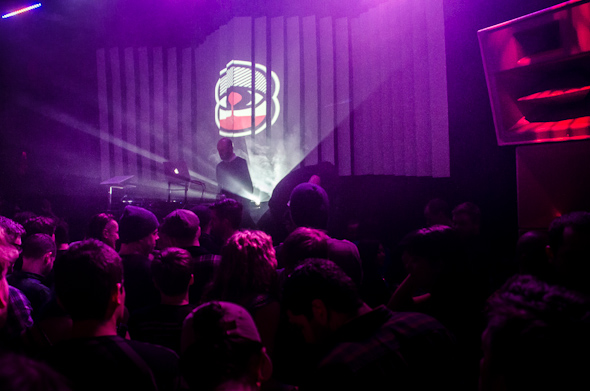 His set was a technical exploration of negative space in sounds found in the more recent 'knackered house' trend that seems to have skipped over to our shores. It's a term Stott helped define, and that comprises first generation dubstep sounds (the dark and moody stuff that had no radio presence outside of UK pirate radio) that's manipulated into techno, industrial, and a skeletal drum and bass. 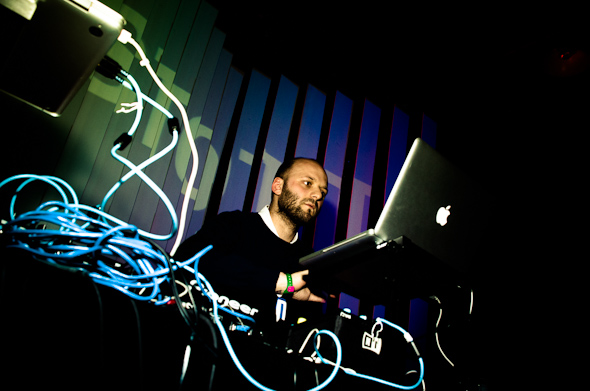 Andy's genius is that he's managed to select stripped down tunes that keep everything but their basic rhythmic elements, yet still kept your body shaking with the repetitive metal clicks, clanks, and shuffley dungeon sounds. 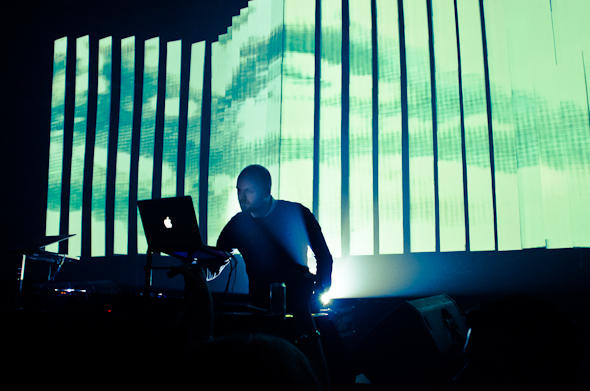 Like most kinks and S&M perversions, there was an innate cerebral appeal to Stott's music that had the full house spontaneoulsy roaring for more. What was so amazing was that he managed to make something so minimal and devoid of colour into something so incredibly addictive and danceable. In our true nature, we must all be nihilistic, recession-wallowing zombies to make us crave these primal rickety beats.