How do you like to spend your Valentine's Day? The last few years have proven to me that a cold beer and a good punk show are all I need, with or sans the special someone. There's nothing like losing yourself in a sweaty, loud, rockfest. And though the bands at Wavelength Music Festival THIRTEEN's first night on Thursday weren't all punk bands, there was enough loud representation that I feel justified chalking this night up to the punk Valentine's Day count. 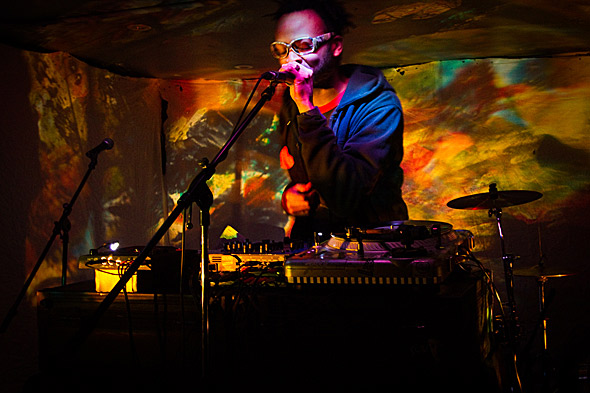 Stiegls were running high at The Shop under Parts and Labour, and the "handsome and humble" (self-described) bartender was peddling a heady red wine punch that seemed just sketchy enough to avoid, while DJ Jesse Lock opened the night. 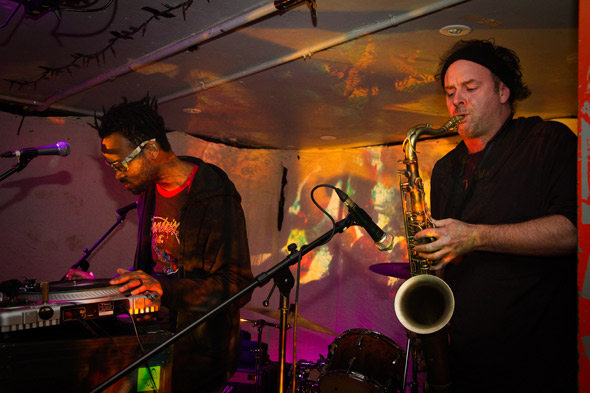 Slow-Pitch turned tables with some deep house and electro sounds, while special guest Colin Fisher layed down organic saxophone tones overtop, creating a unique performance - one of many to occur that night.

Next came This Mess, a band with more or less oldschool punk inspirations and a garage-rock sound, who released their album States just that day and had tapes (tapes!) on sale at the back. The feel of the crowd was decidedly less punk, or even active, than the band, however, with the whole front row filled with four or five photographers instead of a mosh pit... or at the very least anyone remotely dancing. 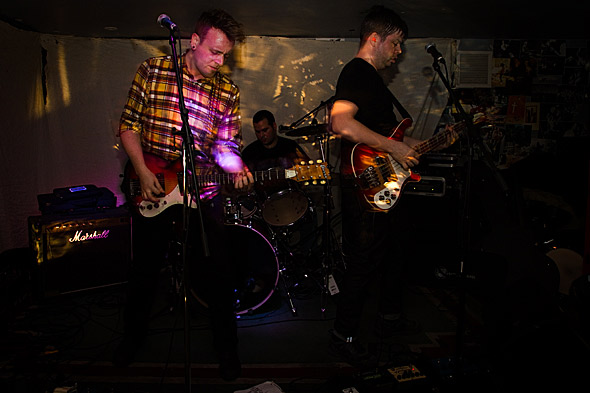 The audience was incredibly polite, and I spotted less than five heads nodding at any given time during the whole night. This is not to say that the audience didn't enjoy show, as one of the event organizers and MC of the night, Duncan MacDonnell, remarked: "There's nothing like a room full of people paying attention to make music sound sweet" - a statement which did not sound at all sarcastic at the time. 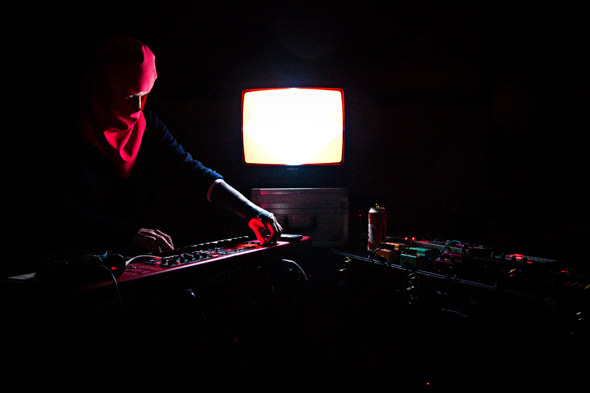 Playing a short but highly visual set of about fifteen minutes was Fresh Snow ("The kind you can eat!" - MacDonnell), who added a more cerebral sound to the night, hearkening to My Bloody Valentine and other mostly wordless, synth-based bands. The Samsung TV they used during the show, cradled between two keyboards, used a "visual feedback" loop to create the trippy sights on its display, and by the end of the show, the band was happy to give it away - though I am not sure if they succeeded. MacDonnell declared them an "incubator band" by the end of the night. 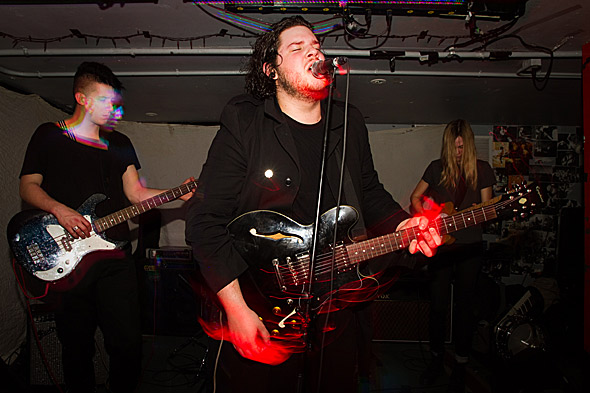 The penultimate band of the night - Ell V Gore - brought with them striding guitar riffs and commanding bass lines as their loud, fast-paced, Joy-Division-esque sound managed to smash through even my high fidelity earplugs and leave my ears ringing at the end of the night. 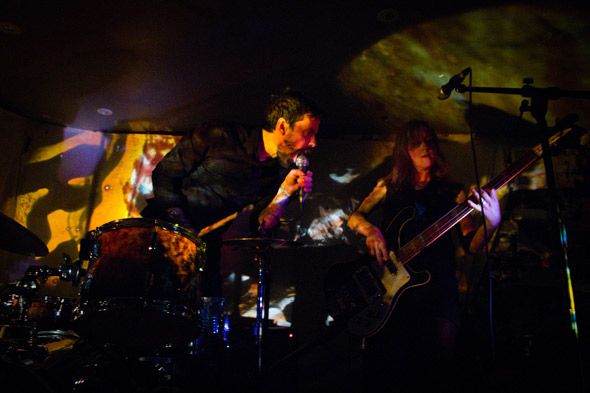 Finally, Lullabye Arkestra came on, playing their first show in a year and looking good for a couple who only recently had a baby. Despite being the most "romantic" set of the evening (their blaring, scuzzy rock sound notwithstanding), they likened Valentine's to St. Patty's: " Valentine's Day is to lovers what St. Patrick's Day is to drinkers, though if you love, you will love every day of the year." Appropriately, they took the love and the crowd into their own hands, and counted down to a massive audience hug, then played out the night.

Thursday was a solid start to the Wavelength festival. Keep an eye out for more awesome local talent in the next few days!