While the bulk of Toronto and the 905 were at the Rogers Centre to see Swedish House Mafia, the show to see Friday night was Toronto's-own Trust at a sold-out Lee's Palace. None of this was hurt by Toronto's new hazy electronic up-and-comers, DIANA.

First and foremost, Lee's Palace is a fucking treat. What a lovely venue and music experience. Every time. Even an around-the-corner-up-the-stairs coat check line can't take away the flame. Lee's Palace is a treat, Toronto. A treat.

And so is Trust.

Starting out as your typical buzz band, releasing a brooding, nostalgic song steeped in lust ("Candy Walls"), which was the first song that Robert Alfons and Maya Postepski wrote together, starting off on Brooklyn's Sacred Bones label, and then getting picked up by Toronto's indie super label, Arts & Crafts to release their debut album TRST last year. It's been a brief yet accelerated trajectory for the duo. And it's only getting stronger with the new material for their follow-up album. 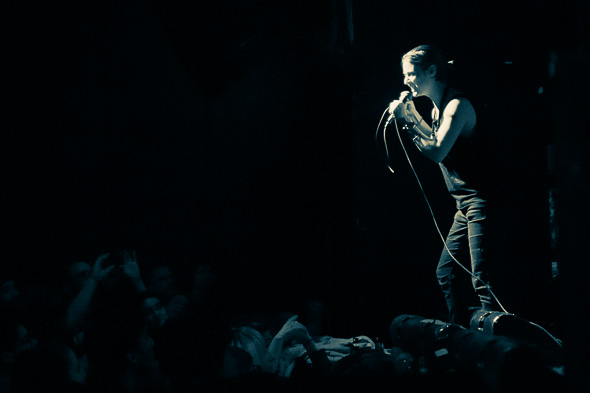 DIANA needs a line or two in here. The new band on the scene that everyone seems to know about, or at least know a member from the band, DIANA is seductive. Their sound. Their formidable frontwoman who drips with reserved confidence, Carmen Elle. Their smooth synth pop with saxophone flourishes. And their terrific live sound. The only drawback was the dim and staid red lights and a fairly tame stage presence. But hey, all of this before their debut album, which is expected for this spring/summer. 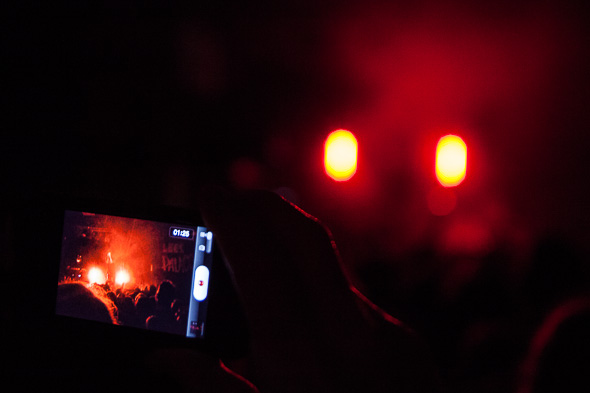 As for Trust, with just a fog machine and some multi-coloured strobe lights giving a dark and dreamy ambiance, singer Alfons dances (spastic shaking?) with an unhinged candour as his clothes drape from his body. He moves freely onstage. And with the tempo turned up compared to their recorded material, Trust's sound (there's a lot of track, of course) demands your attention. 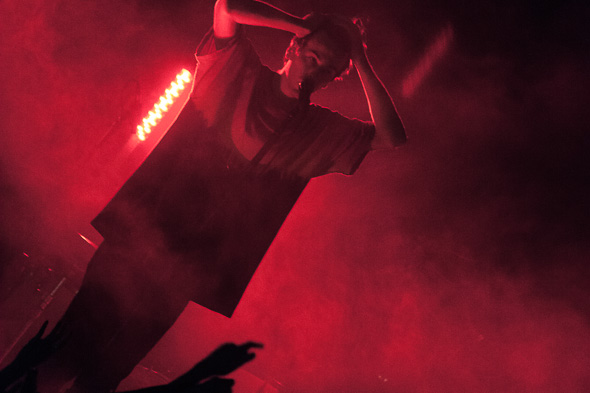 The earworm, spaced-out synths from Postepski are arresting live, especially so with the progressions from slow-burn cold wave to the more industrial/goth dance synths. Alfons' signature baritone and brooding vocals are equally spot-on as he seems to get lost in the music, almost giving in. And with the taste of new material, there's more of his falsetto starting to emerge. It's starting to layer well with the baritone, especially on the builds and harmonies.

The new material, like the recently released "Heaven" is a stoned electronic daze that wakes up for the chorus. Although most of the lyrics are unintelligible (see for yourself here where the lyric transcribers over at Sweet Lyrics are guessing at some points themselves), the ambience, tone and industrial beats rein you in. It's an electronic trance at times, and it can get mesmerizing. 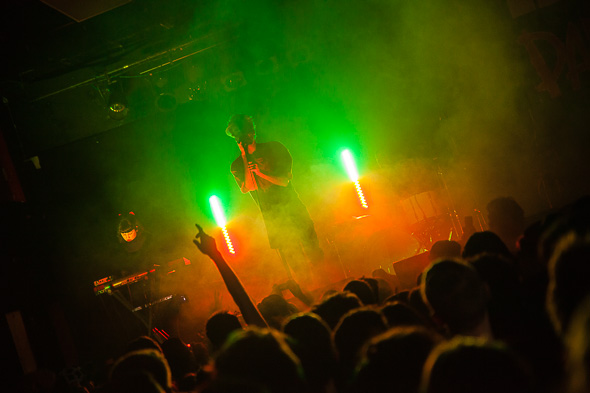 Playing for a solid hour, closing out before the encore with "Sulk" where the audience loses its collective shit, Alfons' only interaction with the crowd was to thank them a couple times, almost sheepishly. But the audience was all love for the kick-off hometown show for Trust's North American tour.

Trust will be back in town for Arts & Crafts' Field Trip in June.