The Tragically Hip still put on one hell of a show

Last night at the Air Canada Centre, pink and red lights highlighted the spirit of Valentine's Day as fans, both single and taken, showed love for their mutual Valentines, The Tragically Hip. Promoting their 13th studio album Now for Plan A, The Hip played a set list that mixed with equal parts of classic and new, which made for a happy audience all-around. 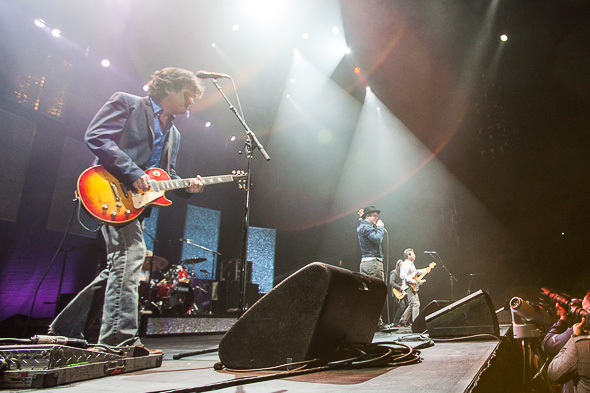 There's nothing like the energy that comes from a crowd of 16,000 screaming fans. I can't even imagine how it would feel to be the cause of that energy, but I'm sure The Hip must be used to it by now. Having been in the music business for 20 years and with a repertoire of 54 hit singles, a sold-out show at the ACC must be just another night for the band, right?

If so, Gord Downie didn't let it show. He sang each song with a theatricality that brought the story-like lyrics to life and he strained his vocal chords with an ease and perseverance found only in a true professional. Downie's sometimes silly stage persona shined through as he played coy with the audience, taunting those in the front row with a sweaty handkerchief he nearly threw into the pit on multiple occasions.

Playing classic hits like "Ahead By a Century," "Grace, Too," and my personal favourite "Gift Shop," the band showed the same enthusiasm they must have felt when they first released each single. Whereas some great bands who've been around forever can sound stale and burnt out, The Hip's setlist sounded fresh and passionate. 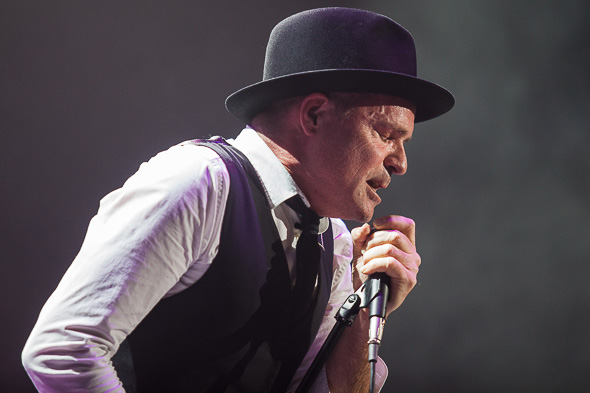 An impromptu appearance by fellow Canadian artist Sarah Harmer midway through the (abundant) encore was a little slow and didn't quite fit in with the up tempo of the rest of the show, but I'm always happy to witness the coming together of Canuck talent.

I thought there would be ample dialogue between songs -- perhaps due to the fact that many of The Hip's lyrics are so anecdotal. But talking was kept to a minimum and the songs took centre stage with little to no breaks between each. 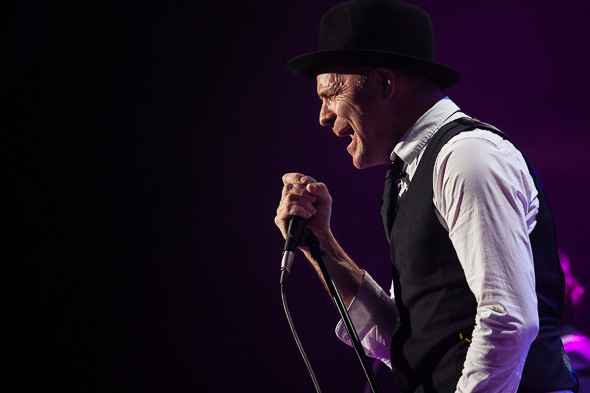 With nine of their 12 albums reaching the #1 spot in Canada, The Tragically Hip have become a symbol of the Great White North. They've been performing outstanding rock shows since 1983 and because of this, they have some of the most die-hard, devoted fans. Those select 16,000 who were lucky enough to attend last night's Valentine's Day concert left with extra warmth for The Hip in their hearts. 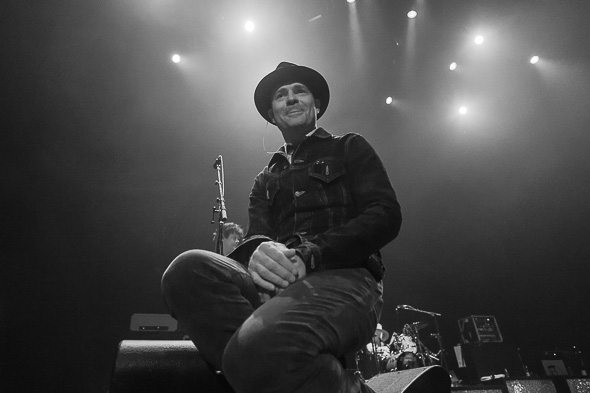 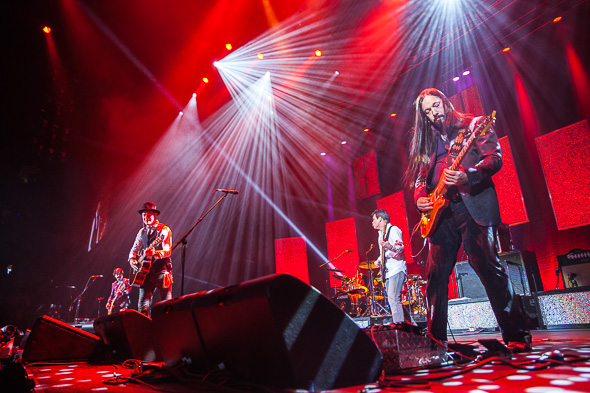 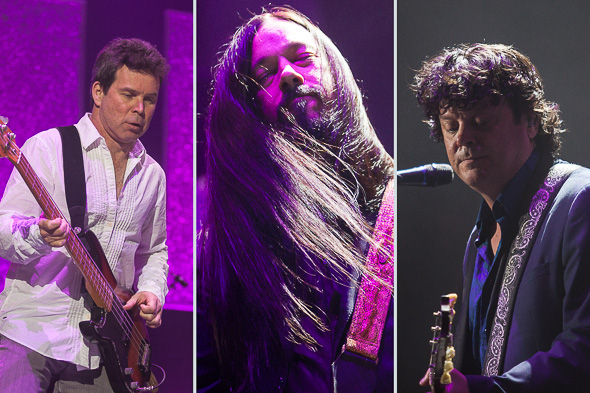