MIDNGHT MRKT started long before midnight on Friday and lasted into the wee hours. An artisanal night market featuring smart DJs, vintage clothing, Canadiana, street art, and delicious food, it presented a killing combo of hip style and eccentric feel that drove the night from standard-street-market into late-night-dance-party within only a couple hours.

But how does that happen? Other than through the lubrication of alcohol, I mean. Well it seems that the theme of the night sprung out of: "What would Berlin do?" That's what DJ Johnny Hockin asked himself before suggesting to Lucie Tic - the event organizer - that they put on a night market. The aim was to create a cool, locally-focused event that would bring together different small and fractured cultural communities in Toronto - music, dance, art, and fashion. 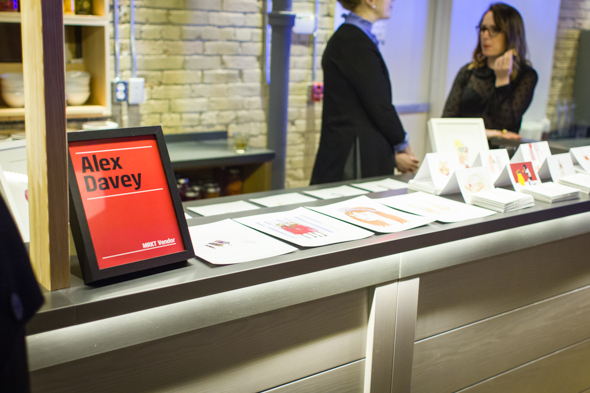 And judging by the response, they succeeded. Hundreds of black-coated Torontonians passed through 2nd Floor Events during the night. 2nd Floor Events is owned by Ryan Fisher, the heart and mind behind ping-pong social club SPiN, and sports a modern and clean style (with touches of retro) that suited the MRKT perfectly. 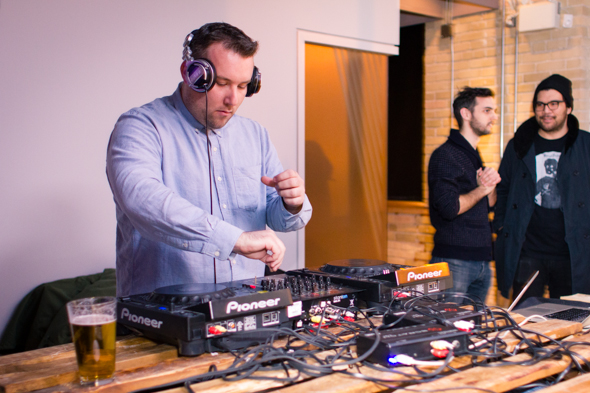 By close to midnight, more than 475 people had come through and around 200 were milling around, scoping out the booths, and grooving to the music. The drink of choice appeared to be the Manhattan - this was not your PBR crowd - and the music brought out the best in everyone. 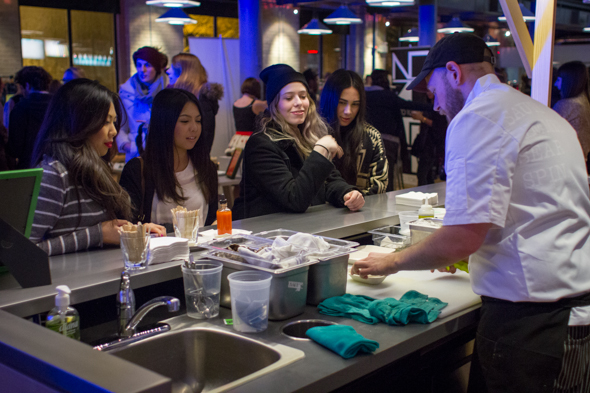 Johnny Hockin opened the night with "subtle dance music," hitting his stride with melodious, chill techno that would getting your fingers tapping unconsciously as you browsed the vintage jewellery and old Leafs jerseys. "This is my moment to play this and have people vibe out," Hockin said as he twisted knobs. That seemed to be the aim of the game throughout the night, as the sound kept moving the energy forward. 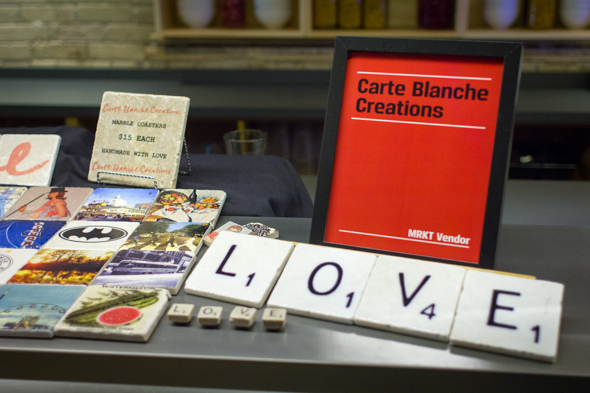 Former local Toronto DJ Neoteric, newly back from Berlin, brought his distinct style to floor, and towards midnight, Lucie Tic took the reigns of the music, shifting down into some deep house peppered with hip hop and new indie pieces. 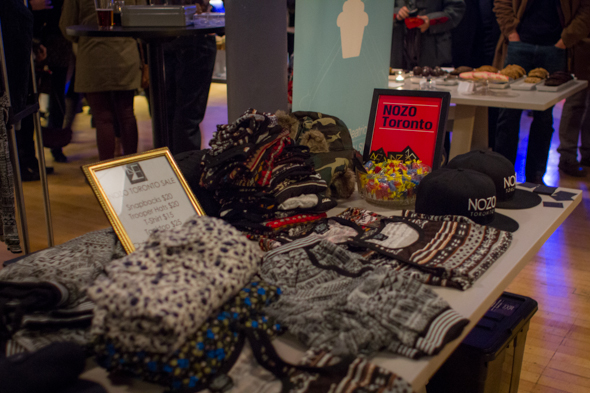 Drinks and conversations swirled around me as I browsed the wares on offer and feasted on tasty cupcakes, humungous macaroons, and yummy street food. Among all this, Lucie and I chatted about the movement toward buying local and how "the whole DIY attitude of music is also a park of the marketplace and retail" - an attitude that this event tapped into. 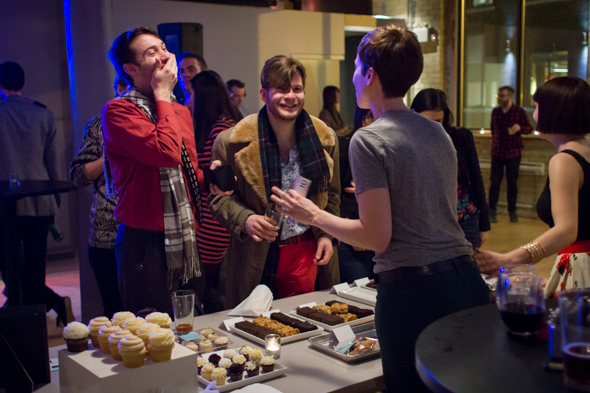 "People are quietly protesting in a subtle Canadian way," Lucie remarked, though she immediately corrected herself, saying that it was not necessarily a Canadian thing. It seems that the support for local and quality things - be it food, music, art - has become a more universal movement in the globally situated way of life, and this monthly event is one lucky, Toronto manifestation of that. 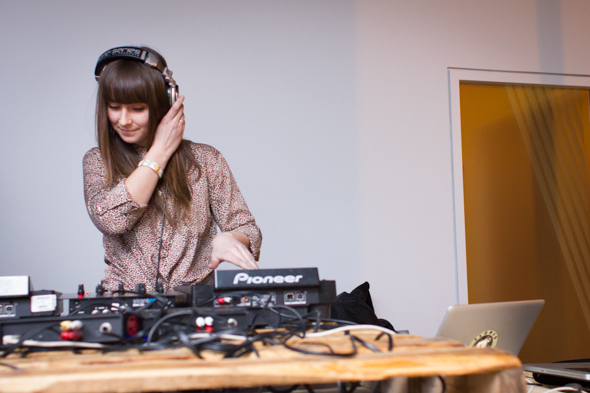 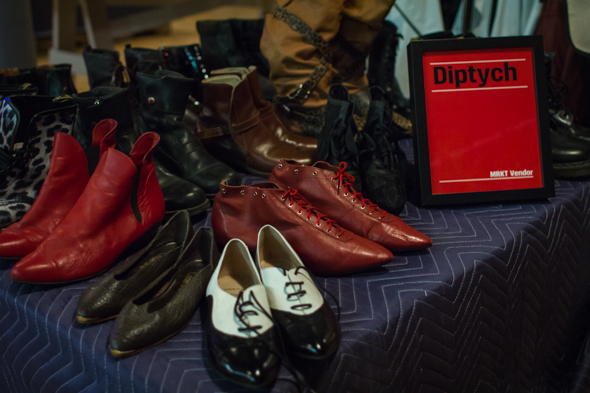 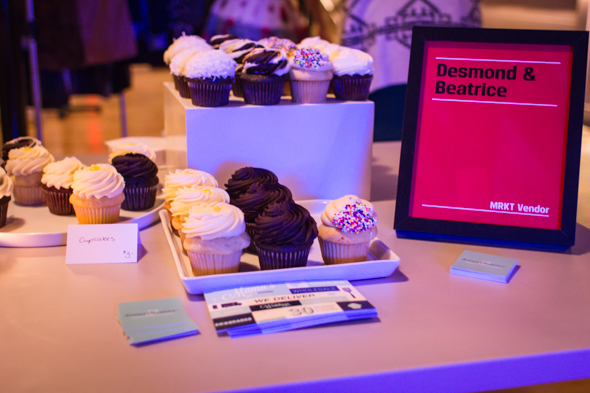 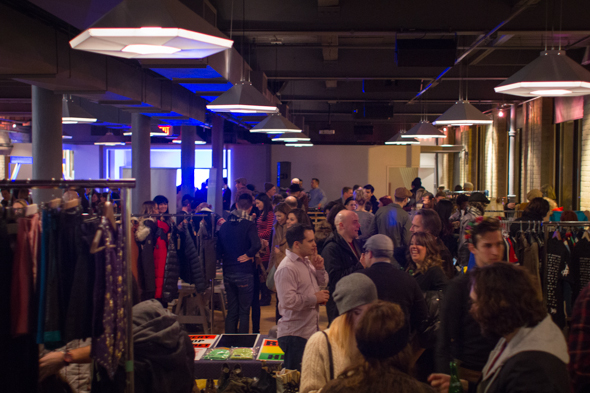