Brampton band that couldn't make a comeback (sort of)

Toronto music fans might remember The Vulcan Dub Squad as a masked, mostly Brampton based band who from 1997-2008 unified the retro sound of The Kinks and The Free Design with influences as varied as post punk, shoegaze, garage, psych, post rock, and world music - and generally pulled it all together in a sweaty and frenzied tangle of guitars, walls of noise, and of course, homemade costumes, which from the early 00's until 2007 were based around the Canadian flag and involved various face concealing masks.

Recently the Vulcan Dub Squad made a move I hope other lost Canadian acts will emulate: uploaded their entire backlog onto one Bandcamp page. They've also made every release available free for download, including their earliest ambient drone recordings, an EP of Cure covers, and Marathon of Hope (four songs which paid tribute to Terry Fox.) As the Vulcan Dub Squad often cited newly re-formed My Bloody Valentine as a major influence, along with The Fall and Slowdive, this February seems like a fitting time to pay tribute to the band's discography. 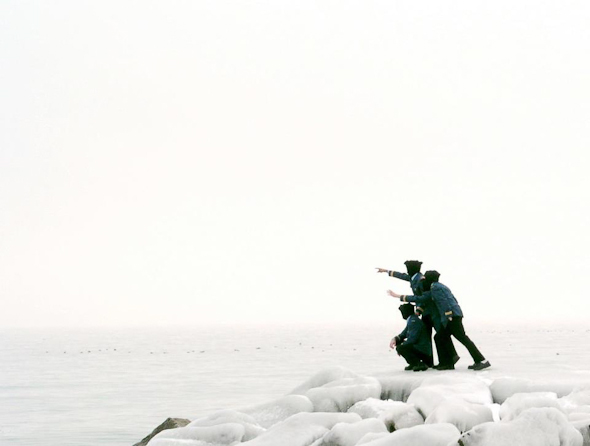 As a decade's worth of music could be intimidating for new listeners hitting up the Bandcamp, I'd recommend starting with one of the bands' later full lengths, either Just Watch Us / Faut Simplement Nous Regarder or The New Designers. It's these albums, along with 2003's debut This Nation's Saving Face, that captured the diversity and range of the band, and of eccentric frontman Ranbir Gundu's vocals, which could vary from sweet chorals to raw spit-in-your-face punk snarls.

2005's Just Watch Us / Faut Simplement Nous Regarder explored that time in Canadian history when we sat at the cool kid's lunch table: the reign of our country's most simultaneously adored and despised political icon, Pierre Trudeau.

Rambunctious "Alpha Flight #12", a song which retells a particularly gripping tale from Canadian comic book series "Alpha Flight" is followed by stand out "Aubrey", one of the Vulcan's finest. The band harmonizes as Gundu rasps lines from our national anthem then croons "there's no Pierre", ending in a final sneer, which is soon met by the a wall of sound. It's a song that has a life and identity of its own; and hints that we, as a country, can have this as well. All English titles were paired with their French translation in the liner notes, an idea more Canadian acts should consider. 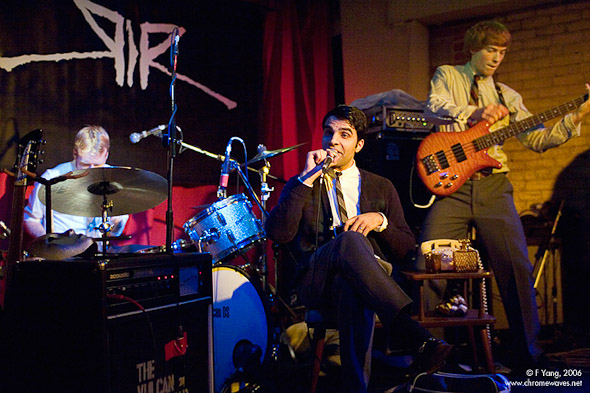 In the New Designers era of 2007 the band's masks came off, and in preparation for the release of their Expo 67 themed album the entire band took a trip to see Habitat 67 in Montreal, which is featured on the album's cover. Riffs and harmonies became tighter, Gundu lugged a mini retro living room set up plus rotary phone that served as a second microphone to every gig, and the group abandoned their patriotic red and white for dapper suit-and-tie ensembles that hearkened back to the days where no Canadian man was without his hat.

"I Should Have Been There (I Know)", a three part odyssey complete with female vocal harmonies, abrupt tempo changes, biting lyrics, and surreal nasal screams, is arguably the Vulcan's best work. Jangly "Rial" follows without missing a beat: the VDS were above all crafting albums, not hit singles. I can only imagine where the group would have gone from here. 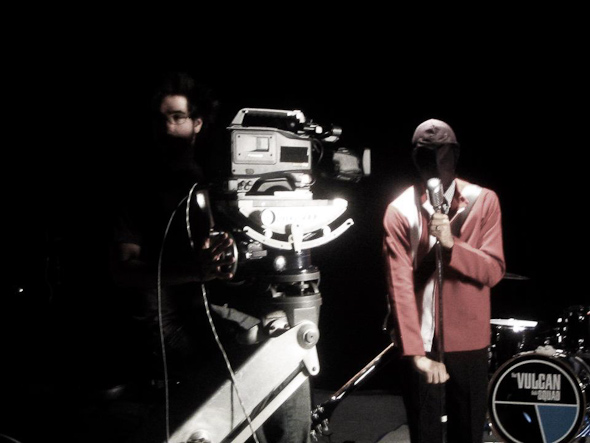 After three self released full length CDs, a handful of EPs and one cross country tour, the Vulcans officially disbanded in 2008, much to the loss of Canadian fans who were looking for music that challenged the norm. Online (Myspace) the VDS proclaimed their sound "music for the connoisseur - not the consumer", and it was true: it was the band's greatest qualities, namely their inability to commit to one sound, their devotion to writing songs that probed everything from Canadian politics to comic books rather than simple matters of the heart, and droll frontman Gundu's habit of bantering on stage whether the crowd wanted to hear his remarks or not; were also their commercial undoing.

In searching for what former VDS members (whose players and collaborators included co-founders Gundu, drummer David Croft, and guitarist Graham Wilson, and bass players Jason Doell and Jamie Banks) are up to now, I found most of them are still making music. Gundu and Croft have formed Snake & Crane, an instrumental post-punk/psychedelic exploration inspired by middle-eastern and Japanese sounds. Early member Doell experiments live with music boxes, and will perform live saxophone and two reel to reel tape machines at Gallery 345 on February 26th.

Now a new father, Gundu doubts the Vulcan Dub Squad will follow My Bloody Valentine and reform. "Inspiration is best served fresh. Eating food past its due date is harmful and dangerous: in all respects". Gundu added that he was eagerly awaiting the new MBV vinyl: the contradictions that were the backbone of the VDS seem to be alive and well. 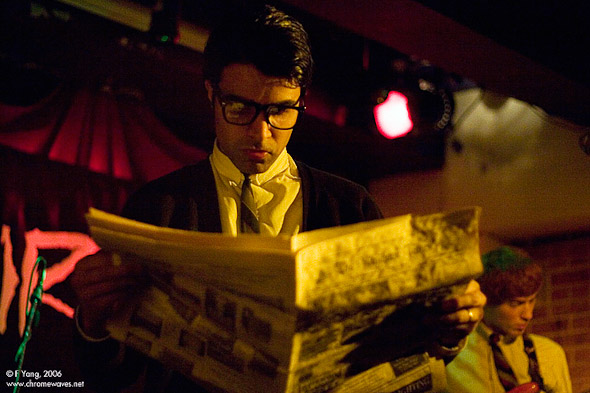 I'll close with a shout out to the audacious mood of the Brampton DIY scene in the mid 00's (does Brampton even have a scene anymore?) and bands like the Quadriplegic Twelve, with their matching turtlenecks, controversial name, cut out star props, and songs about sad birthday parties. The Vulcan Dub Squad era represents a time in Ontario when going to a show was about chasing an experience rather than bragging rights on Twitter, and making music was about tapping into something creative and running with it without fear of things getting awkward.

While not everyone was a fan of the Vulcan's costumes, tempo changes, or attitudes - and I remember one guy walking out of a show complaining they sounded "too much like The Fall" (what?) - I always left VDS shows rejuvenated, and find their recordings will always outshine those of their more coherent Canadian peers: none of whom ever wrote a hate ballad to Prime Minister John Diefenbaker.