Last Tuesday New Orleans bounce superstar Big Freedia — "The Queen Diva" — elevated a Lee's Palace audience to a fantastic plane where butt shaking became as natural as buying a loaf of bread. I'm honestly hard pressed to remember a single song but that wasn't really the point. The point was to have fun, and I certainly had fun as everyone else seemed to. All of this is due to Big Freedia's superhuman ability to inspire butt shaking via the use of butt shaking music, lyrics about shaking butts, asking audience members to shake their butts on stage and, of course, two butt shaking backup dancers. 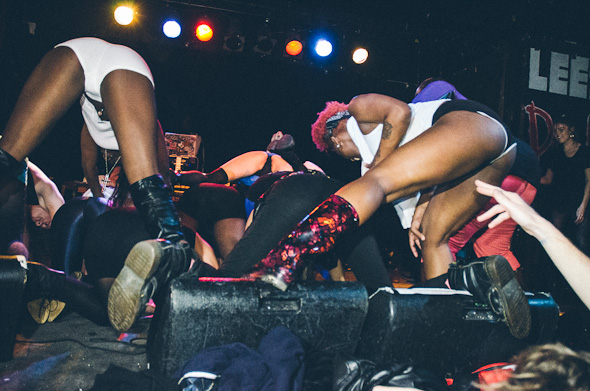 It felt like the venue was packed, though to be fair I stopped paying attention to the crowd behind me after the show began. My eyes were squarely focused on what was in front of me. And not just because of the butts (but mostly because of the butts). I wasn't just watching the show; I was participating in it as well. I was in congress with the performers, as were my fellow concert goers, feeding it with our enthusiasm for a large emotional return.

Every once in a while they had this killer move where they would shimmy horizontally across the stage from opposite ends, shaking their butts like paint mixers the whole while. And being the Queen Diva, Big Freedia would selectively shake her butt, saving it for special occasions, which always caused the crowd to break out in voracious applause. 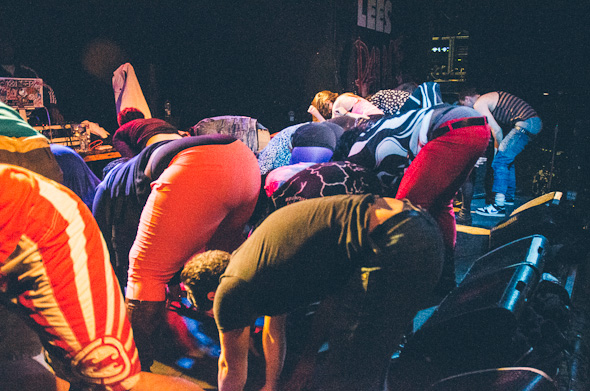 All that butt shaking on stage would have been enough, but Big Freedia was too gracious not to include the audience, inviting members on stage several times to shake their own butts. Near the end of the set, Big Freedia even tried to form a pyramid of butt shakers. It was the only time she lost the slightest hint of control, as the butt shakers wouldn't stop shaking their butts long enough to climb on top of one another. It was a runaway butt shaking train! When was the last time you saw one of those?

Of course I understand that some of you might be cynical about this experience. To you I thumb my nose. Big Freedia brought joy to my heart and that joy is real. 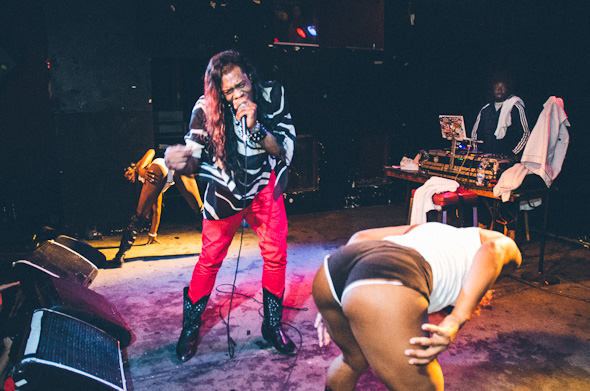 After the show everyone outside was grinning ear to ear with rascal-like smiles. It was as if we had gotten away with something. But the night was over and we were in the real world once again — you know, the place where buttshaking is seen as something coarse and rude. But those of us in on it shared our experience with nods and winks. If everyone else only knew... 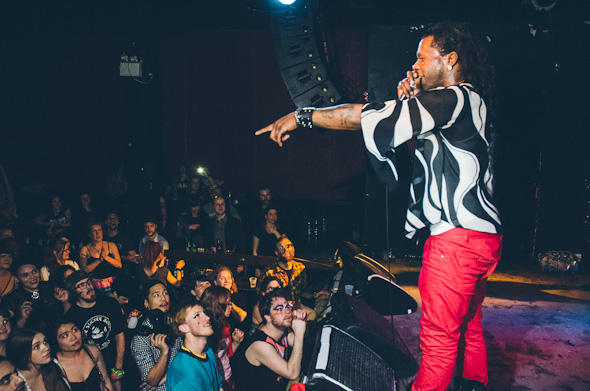 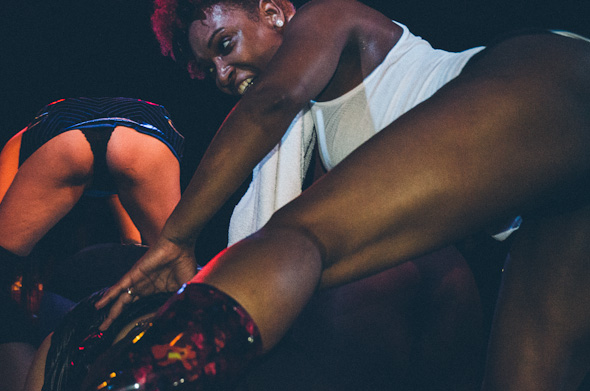