Advance Base wants to be your post-Valentine

Heart warming news for a snow covered city: Owen Ashworth (formerly Casiotone for the Painfully Alone, now Advance Base) will be in Toronto this Saturday, two days after Valentine's. Ashworth broke hearts in 2010 when he announced the end of CFTPA, a band (really solo project plus guests) whose name divided many but earned devoted fans and released five full length albums between '99 and '09. Before the year was out, Ashworth announced he would begin recording and touring as Advance Base.

While Ashworth, now a dad, claimed he could no longer sing the songs he'd written in his 20s and that CFTPA had begun to feel claustrophobic, critics and fans still questioned the name change as the structure of Ashworth's music remained the same: minimalist melodies and percussion; half sung half spoken vocals; lyrics describing every day actions and people.

Yet there are subtle changes on Advance Base's debut album, A Shut-In's Prayer. While the characters in CFTPA songs were portrayed in a empathetic yet sometimes less than forgiving light, Advance Base illuminates his subjects with a more mature tenderness. Bright piano lines summon a lost Americana, and it seems that Ashworth has made a deep peace with himself as a musician. In this way, A Shut in's Prayer is his most exciting music yet.

The Chicago artist has already toured with Mark Kozelek and Ben Gibbard, and released one of the cutest muppet-featuring music videos of all time (which of course says a lot). Before he lugs his extremely heavy Rhodes piano into the Annex live this weekend, we asked him some questions about what you, and your hopefully cuddly post-Valentine's date, can expect. From the sounds of the new LP, our guess is there won't be a dry eye in the room.

A lot of questions have been asked about the name change already, but I'm wondering: when you changed your name, I imagine you sacrificed some of the publicity and recognition that was attached to CFTPA. Has the change been worth it to you, and to the music?

Owen Ashworth [OA]: It really feels like starting over. I'm building an audience all over again, which is is pretty humbling. I needed a change, though. I love writing and recording songs more than anything, but I wouldn't have been happy continuing CFTPA forever. I needed to put the old songs behind me and try to write some new ones without worrying about their place in the greater catalog, or whether or not I was disappointing my listeners. Also, I just really wanted to clear out the memory on my samplers and start collecting new sounds. I needed a clean slate. 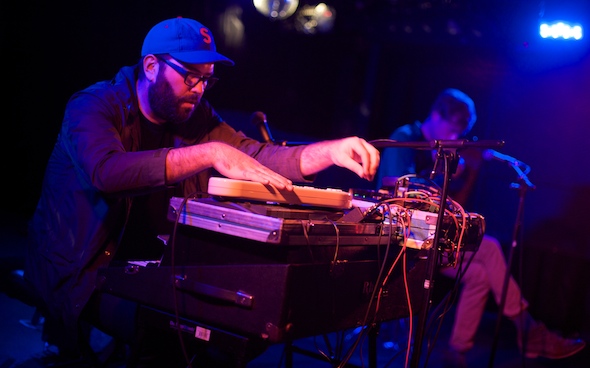 What will your set up be like on this tour?

It'll just be me this time. There have been other members of Advance Base, and I'll probably do more collaborating in the future, but for the time being, I'm enjoying playing on my own. I sing and play a Rhodes electric piano mostly. I have a Korg ES-1 sampling drum machine and a Korg EM-1 bass synth that make up the rhythm section. I also have a Korg MicroSampler keyboard that I use for flute sounds on a few songs and an Omnichord that I literally play for about thirty seconds. The Omnichord is the #1 thing people ask me about.

Not many bands will risk freezing temperatures to come through Toronto in mid February - maybe Chicago is in a similar position. Do you enjoy touring in colder weather?

I guess I do. I like winter just fine, and it's not like I'd be any warmer if I stay home in the Chicago snow. I'm looking forward to driving through frozen Ontario.

Do you find your song writing process has changed over the years along with your sound?

I have a child now, and I find there is less time for working on music than there used to be. I do most of my writing in my head these days, and I have to hope that I'll remember the good ideas for when I do find the time to play. I used to be able to leave my samplers and mixers and pedals and amps spread out all over the place, and just come back to a sound or an idea whenever I wanted to.

Now I have to worry about what the baby's going to try to stick her mouth, so a lot of the electronic gear has been put away, and I just go to the piano whenever I have the time. The new music is quieter than a lot of the CFTPA stuff, partially because I'm mostly writing at the piano these days, and partially because I did so much damage to my hearing over the years, and I don't have the same tolerance for harsh electronic sounds that I used to.

For those who haven't heard it yet, how does A Shut In's Prayer differ from most CFTPA releases?

It's gentler, and it's less electronic. I mostly play Rhodes on the album, but there's some acoustic piano and autoharp and bass on it, too. A lot of it was recorded live in a room with a four-piece band, and it has an airier, less-claustrophobic feel than a lot of the Casiotone stuff, which was mostly recorded by me, one track at a time, with almost zero room tone. People keep telling me how nostalgic A Shut-In's Prayer feels, which didn't really occur to me while I was writing it.

A Shut In's Prayer was co-released by your label Orindal and Mark Kozelek's label Caldo Verde. Can you tell us about how this particular collaboration came to be?

Mark has been really supportive of my music for the last few years, and he just wanted to help out. I sent him the album when I was finished with it and told him that I was planning on self-releasing it on LP, and he asked if he could release a CD edition on his label. I said hell yes. I've long been a fan of Mark's music and it's been a great experience working with him.

Orindal will also release your live album, In Cambridge, just before the Toronto show. Are you enjoying releasing your own material and working as a label?

I get a great deal of satisfaction releasing my own music. I can do pretty much whatever I want, whenever I want. I'm a pretty lousy business person, but I like being able to make my own mistakes. I like being responsible for the whole thing, from writing and recording the songs, all the way to packing up the records and shipping them off to the people who order them.

How does self releasing music compare to your experiences on Tomlab?

Tomlab is great because Tom is a friend and we have a very close working relationship. Tomlab is in Germany, though, and it was sometimes tough having my label so far away. Tomlab is still releasing my stuff in Europe, but I handle the North American label stuff, which works out great for both of us.

It seems fitting that an intimate project like CFPTA would see a live LP as its final release. How does it feel, and what can you tell us about In Cambridge?

In Cambridge was recorded during the final year of Casiotone for the Painfully Alone tours, on the only tour I ever did with a six piece band. After years of touring and performing on my own, it was really exciting to perform my songs with a big, awesome band. I was incredibly proud of the musicians and the arrangements we wrote, and I'm so grateful that we ended up with a decent recording of one of the shows.

It took me a few years to start listening back to some of the live tapes, because I really needed a break from that material. I was just too critical of it at the time. A few years later, I was finally starting to miss some of those old songs, and I really wanted people to hear this version of Casiotone for the Painfully Alone. I think it's a pretty awesome document that we ended up with. 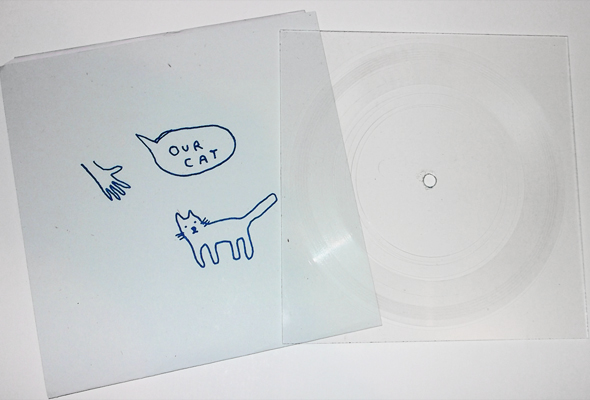 Your lathe cut 7-inch records the last time you were in town were beautiful, and from huge bands like the Flaming Lips to tiny micro labels releasing cassettes in elaborate packaging, it seems like special editions have captured the imagination of the indie world. What does this say about the state of music today, and what do you think about these kinds of releases?

In a time when most people are consuming their music through streaming services or MP3 downloads, I think there's a special kind of sentimentality to the consumers who chose to purchase a physical embodiment of their favorite music. If someone is going to go to the trouble to buy a record, that record ought to be a beautiful, collectible object. I put a lot of work into designing my records, because I want them to look and sound great. I want them to be worth the space they take up in someone's home.

Are there any specific special / unique editions that have inspired or amazed you, past or present?

Mississippi Records recently put out a 5 LP box set of African guitar music that came packaged in a beautiful wooden box. It's one of my favorite records.

What's more important, integrity, or being nice? Is it possible to balance both and survive in the music industry?

For me, being nice and having integrity are part and parcel. I have survived as a musician by working hard to avoid the music industry and maintain respectful, friendly relationships with the people who actually listen to my music. It's important to me that I remain honest with and accessible to those folks.

What music has been keeping you warm this winter?

I recently bought a nice vinyl copy of Emergency Ward by Nina Simone, and I've been playing it a lot. It's one of my all time favorite live albums, along with Bill Withers' Live at Carnegie Hall, which I've also been listening to a lot lately. My brother recently recommended a Cam Deas solo guitar album called My Guitar Is Alive And It's Singing and I've been enjoying that. What else. Robert Stillman and The Archaic Future Players' new 10" EP, Station Wagon Interior Perspective is beautiful and inspiring.

Today, I was playing Moondog for my daughter. I don't know whether she liked it or not, but it sounded pretty great to me.

Advance Base plays the Annex Live, 296 Brunswick Ave, this Saturday, February 16th with support from Kashka and Farragoes. Tickets are $8 at the door.