Yamantaka//Sonic Titan tame a dragon at the Garrison

Though they've been performing since 2007, Yamantaka // Sonic Titan were largely unknown outside of Montreal until their debut full-length album YT//ST was shortlisted for the 2012 Polaris Prize. But following a high-profile string of gigs - including a remarkable performance at the Polaris gala and arguably one of the best secret shows at NXNE last year - Yamantaka // Sonic Titan have quickly gained a reputation as a must-see act.

On Friday night, alongside openers CTZNSHP and Planet Creature, they brought their self-styled 'noh-wave' performance-art/rock to The Garrison. 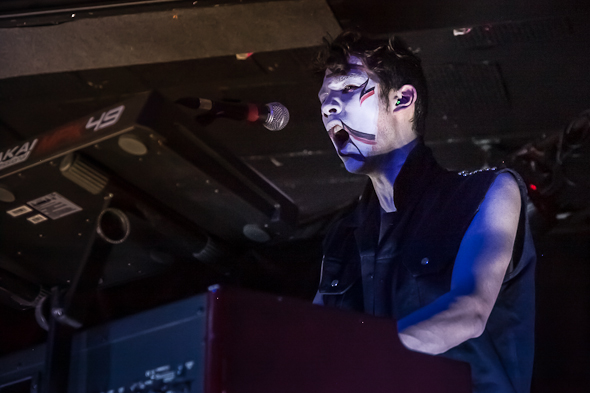 It was cold enough outside that as I walked into the venue, the sudden wave of heat — not to mention the smell of sweat and spilled beer — from the restless, sold-out crowd felt overwhelming. After the openers, there were a few minutes of silence while the audience sort of baked, many having neglected the $3 coat-check. But just as tempers started to fray and I heard one couple start to argue loudly by the bar, Yamantaka // Sonic Titan got onstage, started a long, drawn-out wash of an intro, and sent out the dragon. 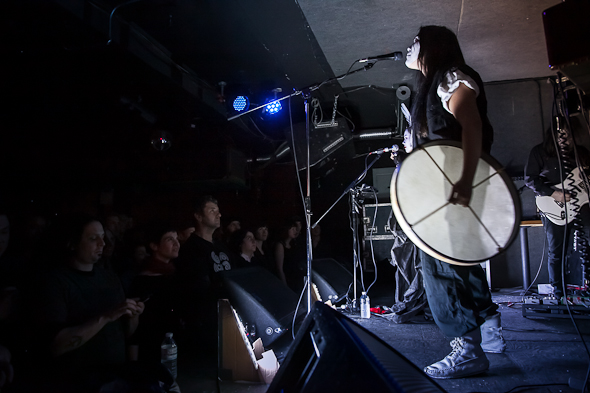 The whole atmosphere of the place changed in an instant while the crowd just sort of froze in excitement as the (paper-mache? Cardboard? What else can you build a dragon out of?) creature wound its way through them. It was amazing, really — it's not often a band has the audience eating out of their hands before the first song even begins. I guess a dragon'll do that, though. 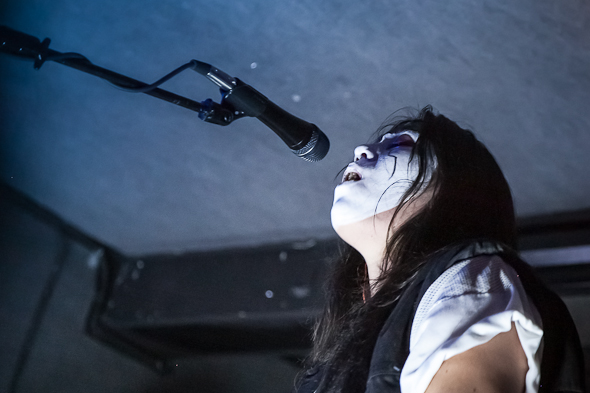 According to sources, Yamantaka // Sonic Titan were testing out some new material with this set, but I mostly noticed tracks from their last album. To begin, they kicked into "Reverse Crystal Murder of A Spider" and later on played "Hoshi Neko" as well.

Incidentally, that song brought the crowd to a standstill. Again, the band's power over their audience was staggering. 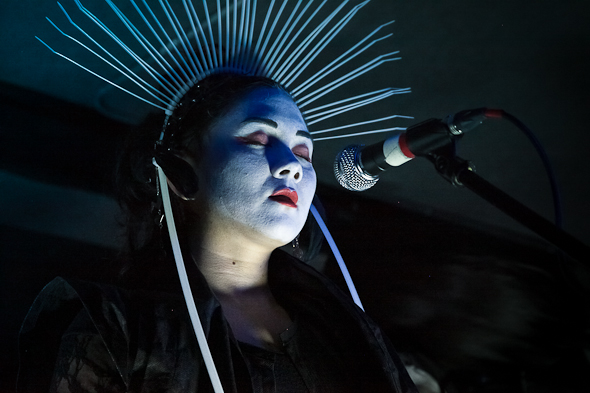 Singer Ruby Kato Atwood's voice is quite arresting. Though noticeably low in the mix for part of the show, her versatility (she can go in a moment from ethereal to piercing, a jarring switch the band uses to full advantage) really stood out. The rest of the band was note-perfect as well, though, even the most complex parts of YT//ST coming off with well-practiced ease. 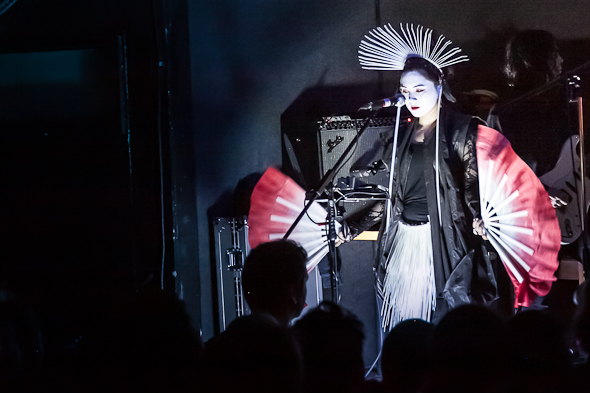 Given that Friday night's show sold out, Yamantaka // Sonic Titan may start booking some larger rooms. I'd like to see them try a residency; there's a lot of speculation and excitement surrounding the news that the band is recording a follow-up to YT//ST, and I think their audience would really respond to the opportunity to watch them gradually build a performance around the new material. 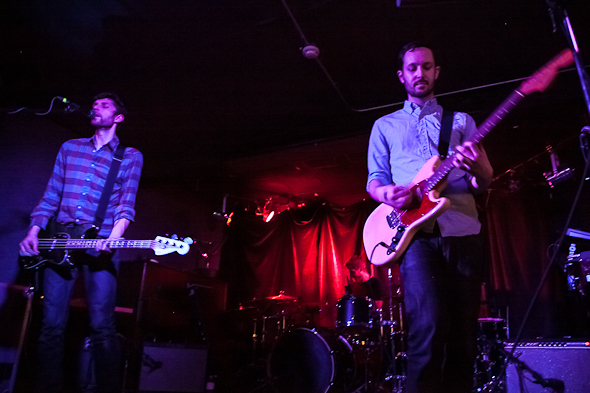 And, well, Planet Creature are a scrappy group of local badasses you should probably see any time you can. 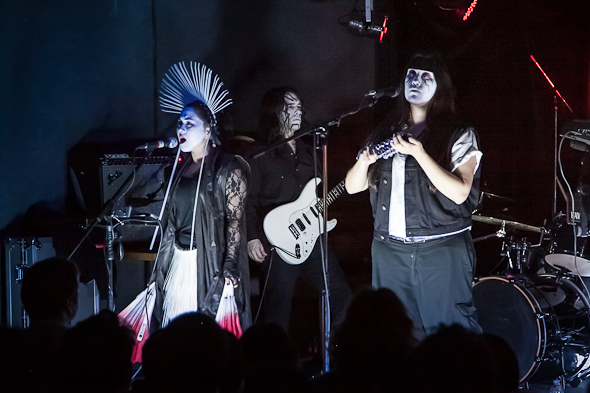 CTZNSHP should be back for NXNE and Planet Creature play tons of shows downtown, but with the unmitigated success of YT//ST, all eyes are on Yamantaka // Sonic Titan as they re-enter the studio and exactly when they'll book more shows in Toronto remains an open question. We hope it's soon, though; their epic showmanship left the crowd at the Garrison speechless, and surely eager for more. 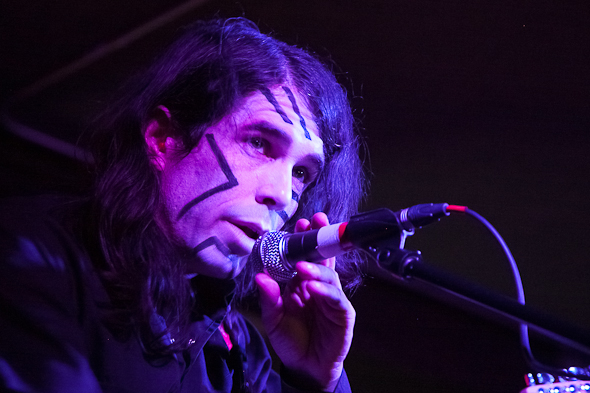 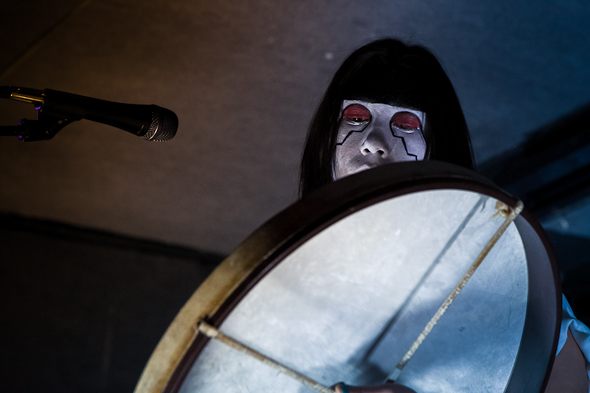 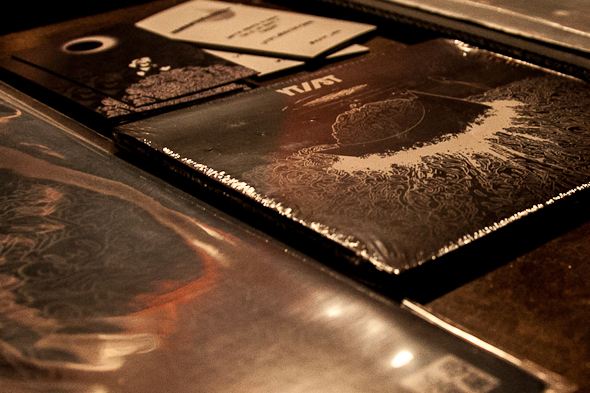 Written by Adam Brady / Photos by Irina No