Rising star Tom Odell shows off his chops at the Rivoli

Having only been recently introduced to the music of Tom Odell in the last couple of weeks, I didn't really know what to expect when he took the stage at the Rivoli on Saturday night. At the conclusion of his almost-shockingly short set, however, I was convinced that I'd just seen a future star.

Odell has already made quite a name for himself in his native UK. The 22-year-old folk-pop artist was recently awarded the Critics' Choice award at the 2013 BRIT Awards - all the more impressive when you consider that he's only released one EP in his young career. He's the first male to win the prestigious award, which in the past has been won by artists such as Adele and Florence + The Machine. 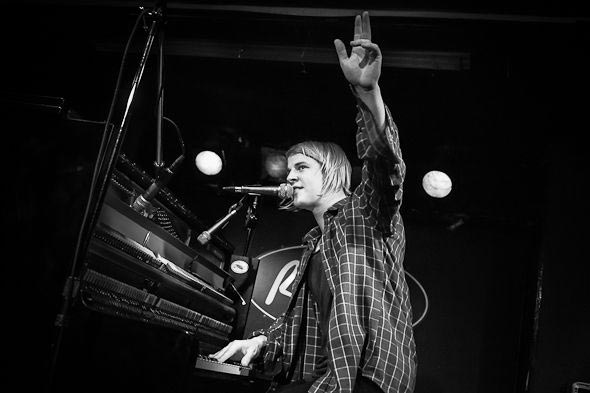 This was Odell's first time performing in Toronto, and the Rivoli was completely packed, almost to the point of being uncomfortable. I was fortunate enough to find a seat, but I didn't stay seated for long. When Odell took the stage shortly past 9 pm, you'd have been hard-pressed to find anyone who wasn't standing up and rocking out.

Stage presence obviously goes a long way, and Odell is further proof of this â the man has an energy that is nothing less than utterly infectious. His skill on the piano is surpassed only by the passion that he puts into his singing. By the middle of his set, he was soaked with sweat, his face contorted with emotion. It really was a sight to behold.

And his songs...they're wonderful stuff, really. The astonishing "Can't Pretend" is a sweeping masterpiece with a clear influence from artists like Coldplay and Jeff Buckley, and the crowd at the Riv roared its approval at its conclusion. Other songs, like the slow, beautiful "Sense" and the heartbreaking "Another Love" show the breadth of Odell's songwriting talent. 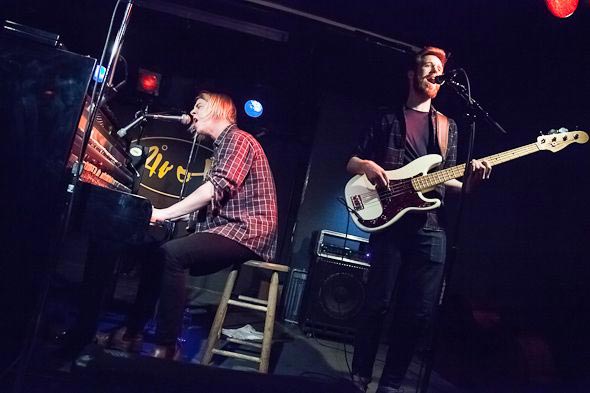 Odell genuinely seems like a humble kid who's almost stunned by his sudden popularity. His banter with the crowd was ongoing throughout the night, and with the exception of one annoying lady who kept screaming for Odell to "sing a Taylor Swift cover" (a request which, over time, actually seemed to piss him off), the crowd was very receptive and warm.

This is a kid bound to going to make it big. Don't miss your opportunity to see him live the next time he comes back to Toronto. I predict that in a couple of years, he could be selling out venues like the Air Canada Center. He's that good.

Photos by Irina No
www.irinano.com