The 2nd annual Big Smoke Festival was held this past weekend, outside, at Tallboys, a newish spot at Bloor and Ossington that seemed peculiar for a weekend music festival. That theory proved right when night one (which featured Paula Perri, Graydon James and the Young Novelists and Harlan Pepper prompted noise complaints, subsequent Facebook tantrums and altered set times so the music would end by 10pm on Friday night. By Saturday, Tallboys had decided to stop fighting and move Omhouse, Sorry-OK-Yes and Delta Will inside, hopefully mending bridges with their neighbours. 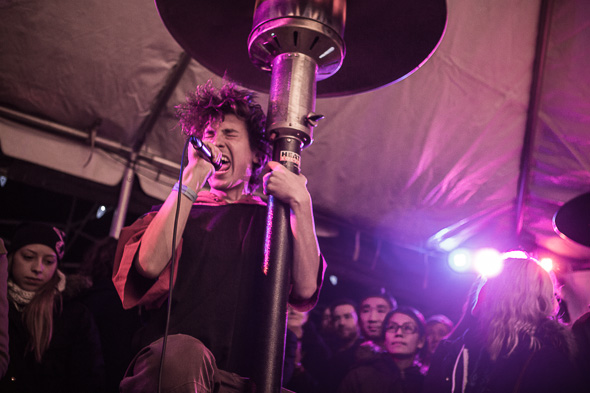 I caught night two featuring DIANA and Moon King. The tent outside was fucking freezing despite the extra heat lamps they added after night one and how packed it was. Lead singer Daniel Woodhead had the privilege of wrapping his entire body around one of the lamps and I couldn't imagine a more glorious feeling at that time. My. Toes. Were. Already. Numb. 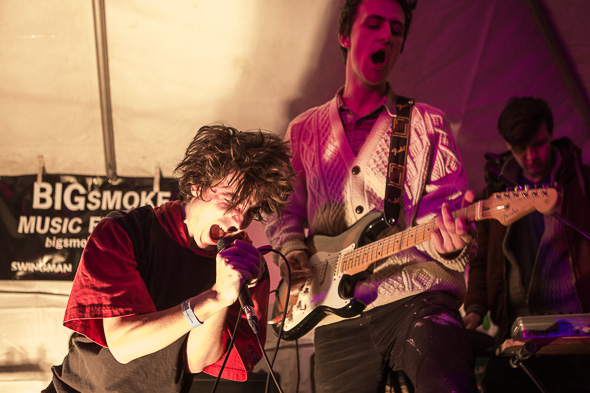 Moon King banged out an energetic set, and I actually walked away liking them more, having previously listened only to their recorded material. It strikes me that their sound has become more confident as they've gotten a chance to play live on a more regular basis. 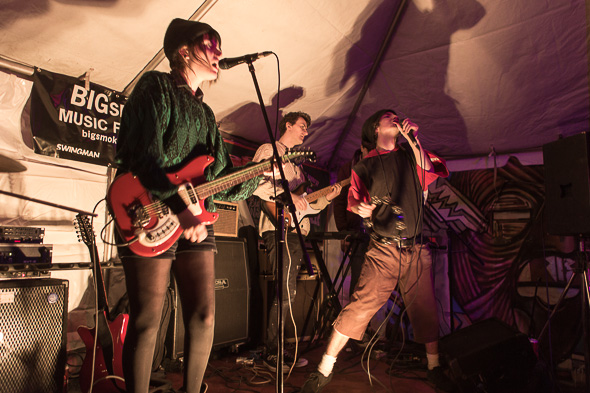 DIANA are more amazing each time I see them. Lead singer Carmen Elle not only has the most effortless, powerful, a bunch-of-other-complimentary-adjectives voice, but also the most charming stage presence. Very aware of how cold the crowd was, prior to their set she assured everyone, "We're starting in five minutes! And not like the phone company's 5 minutes. Just kidding! We'll see you tomorrow!" 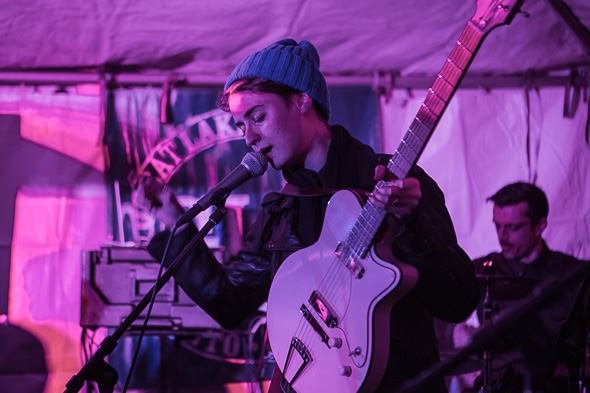 Elle introduced "Born Again" as "our hit single â we can say that now." This came not in a braggy Kanye West-type way but with almost an air of disbelief. And, hey, it is pretty remarkable how popular the track has become given that it was only just released as a single last week.

Despite the awkward venue, the sound was amazing (an oddity noted by the band itself), and all four musicians seemed to be having a great time up on stage in spite of the cold. Although a concrete release date for the band's first LP has yet to be revealed, I suspect that DIANA will earn a whole new set of fans when a wider selection of their music is made available. For now, we'll have to make due with the the two tracks on Soundcloud (and the recent Doldrums remix), but this band continues to be one to watch in 2013. 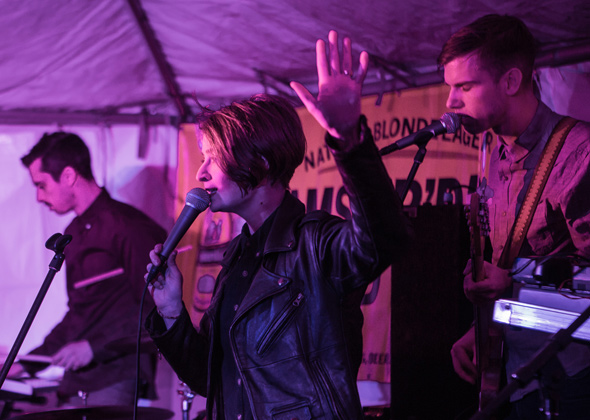