Trying to make sense of my raspy voice on Sunday morning, I could only chalk it up to those damn kids at Lee's Palace supporting Canadian civil liberties. The blame is squarely directed at them.

Nathan Lawr (MINOTAURS frontman and all-round good guy) recently organized an initiative to attract more art-community involvement in issues related to civil liberties (check out the website here). This past Saturday there was a stacked launch party to celebrate the initiative, which should prove to be a great thing for Canadian artists and freedom of speech-lovers in general. 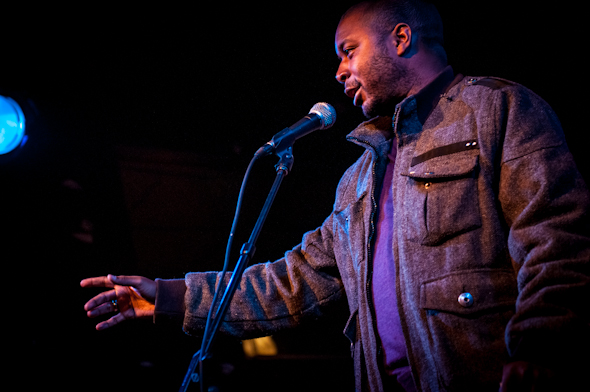 Headlined by Ohbijou, MINOTAURS, and Maloo (Maylee Todd), the show was MC'ed by Vish Khanna and included speeches and performances by Rabble founding editor Judy Rebick, spoken-word artist Dwayne Morgan, three talented ladies of the Great Canadian Burlesque, and Toronto's poet laureate George Elliott Clarke. If this doesn't spell out "you're going to have fun tonight," I don't know what does. 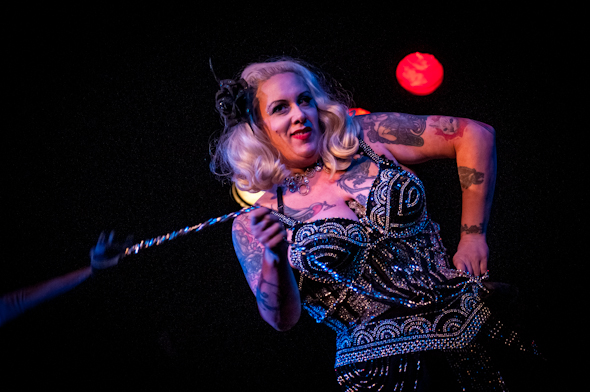 Rebick opened the show with reflections on the G20 summit, while Morgan ushered in a more sexually provocative tone via his poems on beauty, women, and "EMALES" - using the latter poem as a PSA for World AIDS Day, which was Saturday. The glitzy, flirty moves of the Great Canadian Burlesque piqued the crowd's interest in the less subtle forms of sexy that were to take place that night, and Clarke's hilarious and evocative poetry readings (particularly the rhymed-to-the-teeth poem "Biarritz") upped the ante even more. 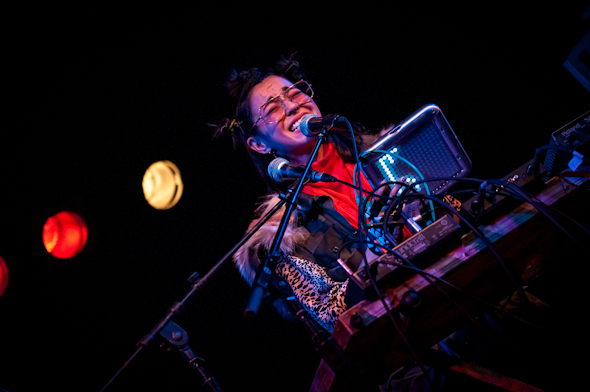 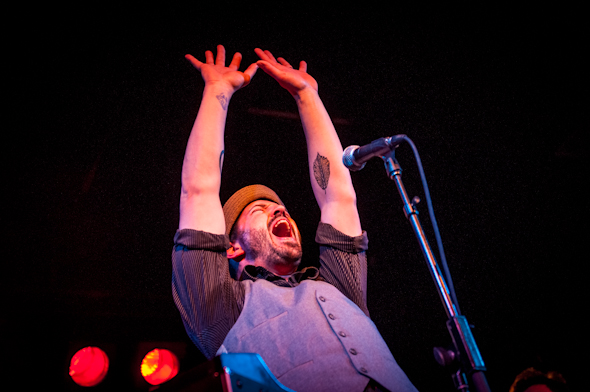 MINOTAURS brought the dance to the floor with their afrobeat tunes, joined by special guest Sarah Harmer and Ohbijou singer Casey Mecija. As Lawr got feisty and egged the audience on, the crowd yelled back at him as if doing a call and response at at a rally. Come to think of it, maybe that's when I started losing my voice.

Ohbijou closed the show with a selection of songs from their newest album, Metal Meets, as Casey Mecija jumped off the stage and was swung around by Maloo in the crowd. And did I mention they rocked the Game of Thrones theme song after someone "strongly suggested" (ie. threatened) that they play it? Awesome. Their nerdy reputation remains untarnished. 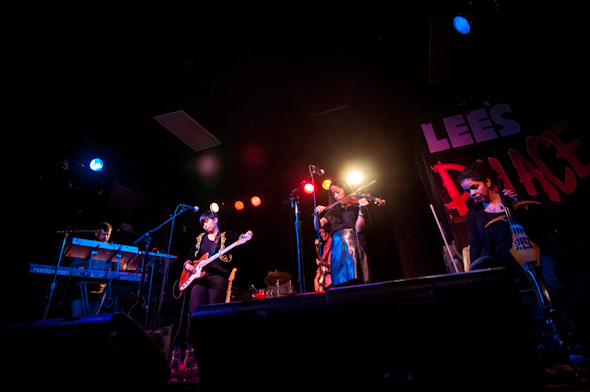 Despite a last-minute decision not to play one final group song (which Khanna declared "the most awkward ending of a show, ever"), the show, cause, and atmosphere were fantastic, and I happily sacrificed my throat in pursuit of such great ends.